Nikolaos Robakis is the First A.P. Slaner Professor for Alzheimer’s disease research anddirector of the Center for Molecular Biology and Genetics of Neurodegeneration, at the Mount Sinai School of Medicine of New York University.

He was born in Finikounda of Messinia and studied Chemistry at the Aristotle University of Thessaloniki. Afterwards, he earned a scholarship in the University of New York, where he was distinguished for his work by the international scientific community.

Maintaining his strong bonds with Greece, Robakis visits the country regularly, joining scientific committees and also teaching in the University of Crete, where he has also been the head in organizing neuroscience conferences, while in 1997 he served as the Director of the National Hellenic Research Foundation. In 12 March 2016 he chaired at the 14th International Athens/Springfield symposium on Advances in Alzheimer Therapy on the “Mechanisms of neuronal death in Familial Alzheimer’s disease and therapeutic implications” topic.

Dr. Robakis has devoted 25 years of his life to his expertise, the diagnosis and treatment of Alzheimer’s disease. In his laboratory, research focuses on the expansion of pathogenesis and pathophysiology of Alzheimer’s disease and in particular on the inheriting types and identification of gene mutation concerning the disease.

As Robakis claims, “Currently, the Alzheimer’s disease expands rapidly due to the increased average of life expectancy at 80 years, while the same rate ranged around 60 fifty years ago. We make an effort to identify the molecular agents implicated in the disease and understand the working mechanism on one hand and the changes taking place in the human brain on the other hand, a topic still remaining an unplumbed field in its greatest part. Let us not overlook the fact that the human brain is perhaps the most complex structure in the universe”.

Besides, Robakis himself admits that the scientific community invests time in research, as “We ought to understand the Alzheimer’s disease of which we know little compared to the knowledge we already have about the abnormal cell increase mechanisms of cancer”, while there’s no secure method for preventing the disease except from an estimation showing that people who keep their brain active tend to develop lower contraction rates. 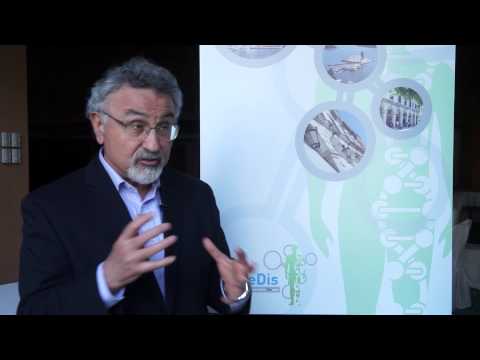