The Greek who received the IEEE Jun-ichi Nishizawa Medal

Known for his intuitive approach to complex technologies, Dr. Dimitri A. Antoniadis has had a tremendous effect on several areas of microelectronics technology, especially in field-effect controlled, quantum-effect devices and silicon process modeling.

Dimitri A. Antoniadis was born on 1 January 1947, in Athens, Greece. He received his B.S. in Physics from the National University of Athens in 1970, and his Ph.D. in Electrical Engineering from Stanford University in 1976. 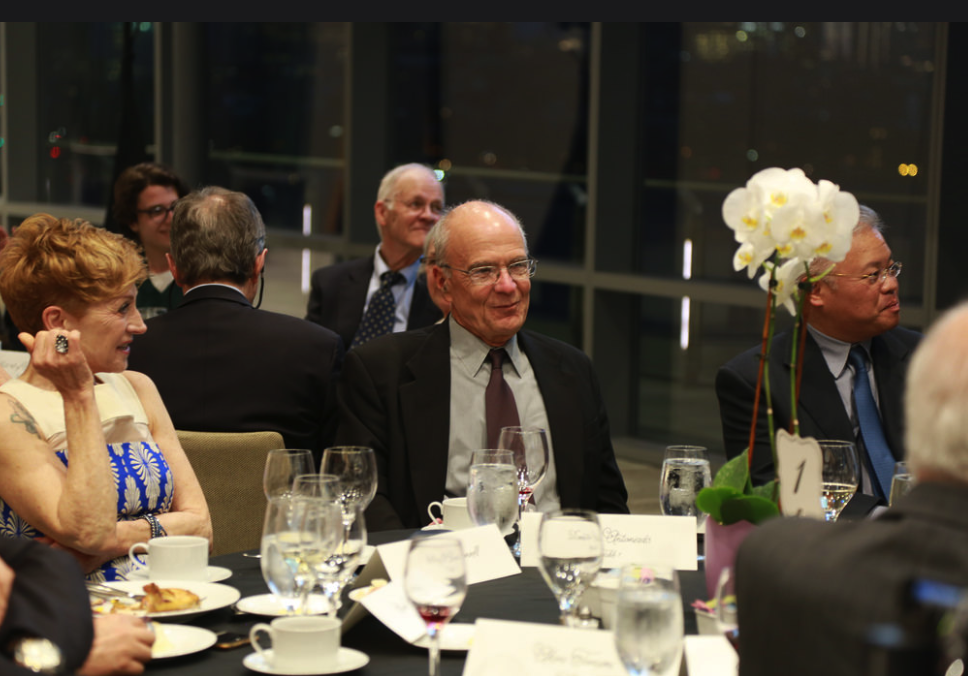 At Stanford in the mid-1970s, Dr. Antoniadis played a key role in developing the SUPREM I and II, which became the first widely used process simulation tools in the industry and the basis of programs in use today.

In 1978, Dr. Antoniadis joined the faculty at MIT where co-founded and was the first Director of the MIT Microsystems Technology Laboratories, directing a program that proved and quantified the dual, vacancy-interstitialcy diffusion mechanism of substitutional dopant atoms in Si. This dual diffusion model remains at the core of all modern process simulators. He later directed the SRC MIT Center of Excellence for Microsystems Technology. 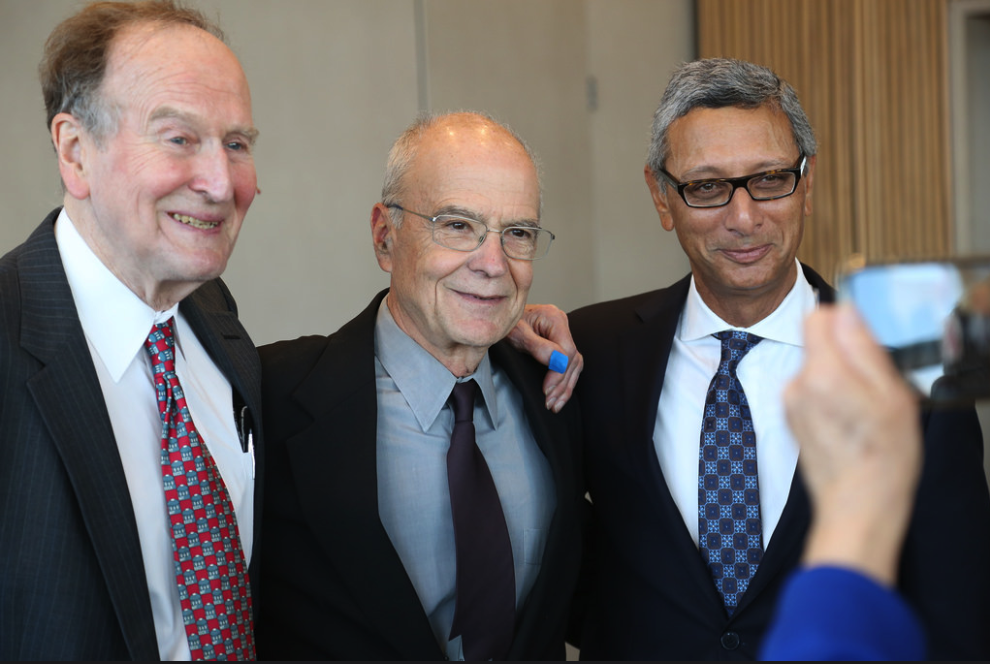 In the 1980s, Dr. Antoniadis, with his colleagues at MIT, established a bold research program into field-effect devices that took advantage of cutting-edge extreme sub-micron lithography techniques. The program produced many groundbreaking demonstrations, including those of lateral-surface superlattice and quasi-one-dimensional channels in silicon and GaAs, and the first silicon single-electron transistor.

Working with his students, Dr. Antoniadis has made many pioneering contributions to Bulk-Silicon and Silicon-on-Insulator MOSFET research that had a major impact on key aspects of device design for today’s high-performance silicon MOSFETs. His current research focuses on the physics and technology of extreme-submicron Si, SOI and Si/SiGe MOSFETS. 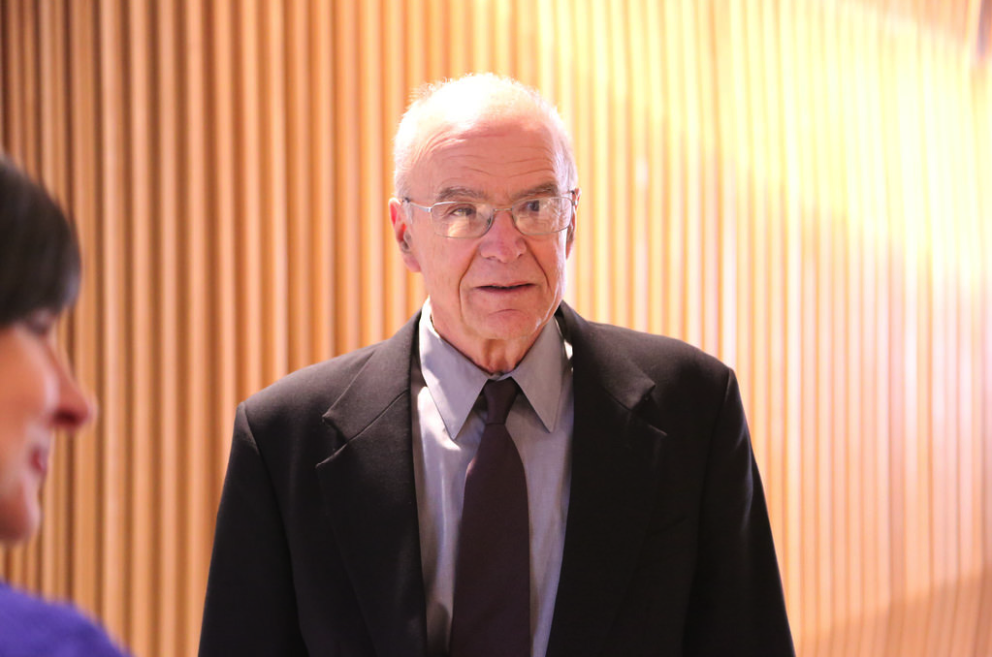 Moreover, he is author and co-author of more than 200 technical articles. Currently, he holds the Ray and Maria Stata Chair in Electrical Engineering and directs the Multi-University Focus Research Center for Materials Structures and Devices.

Dr. Antoniadis is a Fellow of the IEEE. His awards include the “2014 SRC Aristotle Award”, the “2017 Technical Excellence Award”, the “IEEE Paul Rappaport Award” and the “Solid State Science and Technology Young Author Award” of the Electrochemical Society. At the IEEE, he has served as Editor of the IEEE Transactions on Electron Devices, and on various technical committees, while on April of 2018 he retired from MIT.

In 2015, he received the IEEE Jun-ichi Medal because of his deep understanding of device physics. “Dimitris Antoniadis has made pioneering contributions to the direction of the integrated circuit (IC) microelectronics industry by advancing the capabilities of metal oxide semiconductor field-effect transistors (MOSFETS). 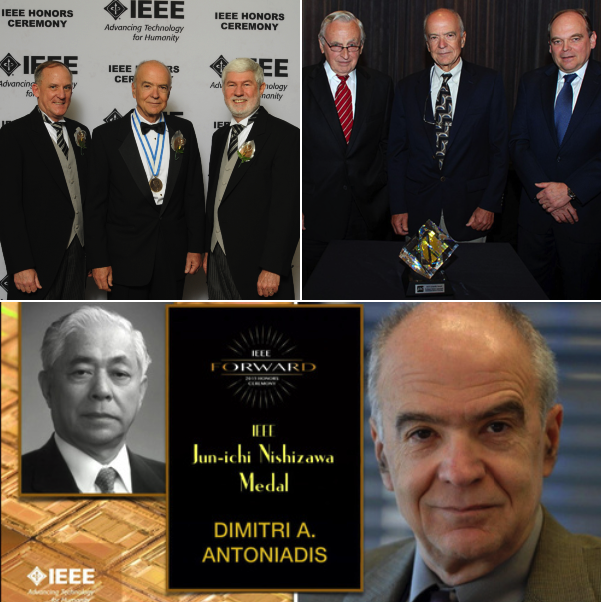