The superhero of artificial intelligence

He is a researcher of artificial intelligence, a neuroscientist, a computer game designer, a big businessman, and a world champion in chess and poker, and has been included in the Times, Forbes and others.

Hassabis was born in London on July 27, 1976, to a Greek Cypriot father and a Chinese Singaporean mother. Hassabis is the eldest of three siblings and his parents are teachers. According to The Guardian, his sister is a pianist and composer, while his brother is studying creative writing.

From an early age, he showed a natural aptitude for board games, particularly chess. Hassabis first got interested in chess at the age of four while watching his father play a chess game against his uncle, according to Wired. Two weeks later, he was beating adults at the game. By the age of five, he was competing nationally and he won the London under-eights championships at the age of six. When he was nine he was captaining England’s under-11 team. 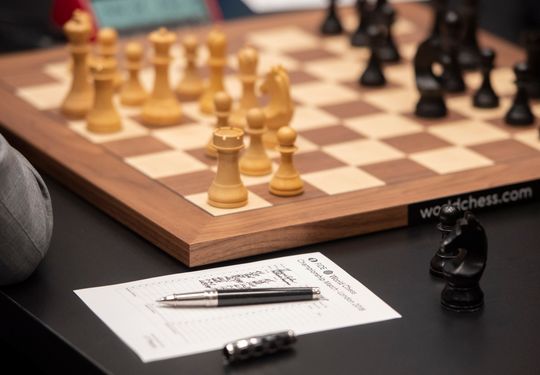 He bought his first computer when he was eight-years-old, a ZX Spectrum, bought with £200 that he won from a chess match. At the age of 13, he reached the rank of a chess master, being the second-highest-rated player in the world under 14 at the time. He finished his GCSEs when he was 14, two years ahead of everyone else in his class, and went on to take his maths A-level when he was 15, followed by A-levels in further maths, physics, and chemistry when he was 16.

After his graduation, he applied to the University of Cambridge and got a place but Cambridge wouldn’t let him start because he would have only been 16 – so he took a gap year. He started his career in video games at UK studio Bullfrog Productions when he was 15 after winning a competition for a job in Amiga Power magazine. At Bullfrog, he co-designed and led programming on “Theme Park,” which challenges players to build a successful theme park.

During his time at the company, he worked under legendary games designer Peter Molyneux, who was the founder of Bullfrog Productions. “I think we influenced each other a lot,” Hassabis told PCGamesN. “We worked together very closely for a number of years – it’s hard to say who influenced who more but it was a very important part of my life.” “Theme Park” was released in 1994 when Hassabis was 17 and it went on to sell millions of copies. Hassabis left Bullfrog Productions in 1994 to study computer science at Cambridge.

Undergraduates at Cambridge were taught how to develop “narrow AI”, which is able to learn how to perform specific tasks, but Hassabis was always more interested with developing “general AI”, according to The Financial Times. He acquired his Cambridge degree with distinction and carried on to Queens’ College Cambridge, from which he graduated at the age of 20 with a double first-class honors degree. 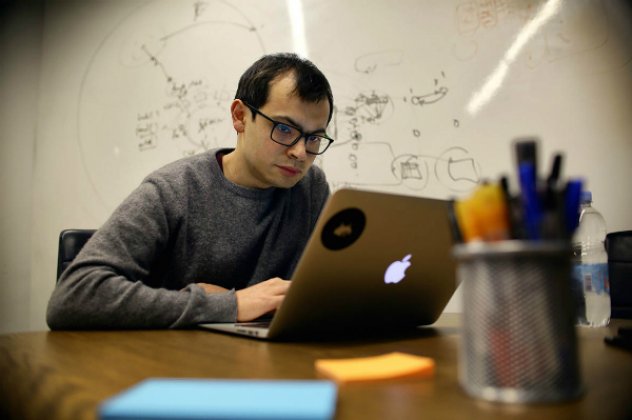 After graduating in 1997, Hassabis worked at Lionhead Studios under Molyneux once again. There, he worked on an early prototype version of the AI for iconic god game “Black & White”. He left Lionhead around a year later to found his own video games company.

In 1998, Hassabis founded Elixir Studios, which produced award-winning games for global publishers such as Vivendi Universal and Microsoft.Elixir, which employed around 60 people at its peak, made AI simulation games such as “Republic: The Revolution” and the “Evil Genius, ” which were both BAFTA-nominated.

According to The Financial Times, Hassabis sold a 5% stake in Elixir to Eidos, which created the Lara Croft “Tomb Raider” series. The stake was sold for £600,000, valuing the company at £12 million.

“We worked long hours, my team and I. Crazy hours. What we did was not sustainable. We said we would work for 6 months and spent 2 years on it. We were all tired,” Hassabis said in an interview with the BBC, years later. He admitted, however, that the games he designed were very advanced for the period of time and that’s why they were successful. “We were way ahead of computers and the market of the era. The games we made – I understand it now – were very ambitious. We were very ahead of our time. ” 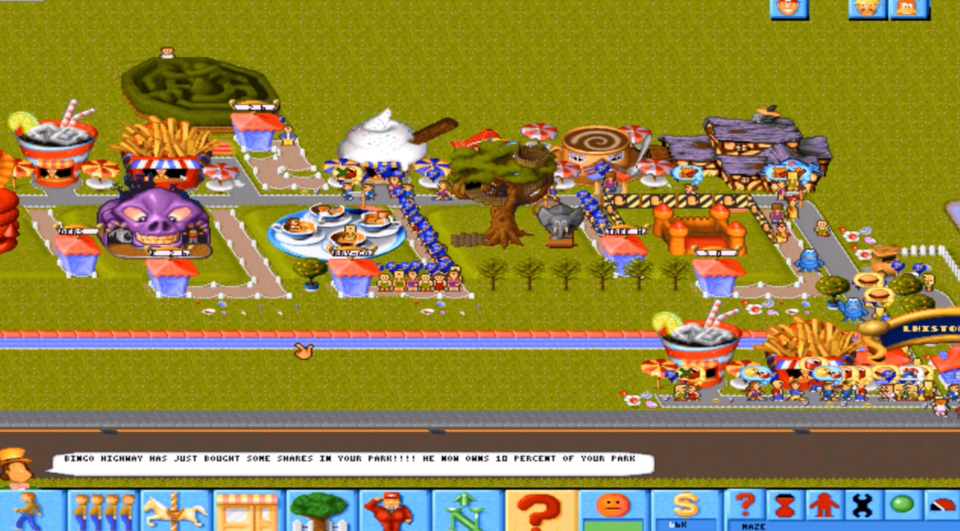 After a decade in video games startups, he returned to the world of academia at University College London (UCL) in 2005, where he completed a four-year Ph.D. in cognitive neuroscience. During his Ph.D., he sought to find inspiration in the human brain for new AI algorithms.

His research on memory and imagination was listed in the top 10 scientific breakthroughs of the year by Science in 2007. In 2009, Hassabis was then awarded a Henry Wellcome postdoctoral research fellowship to continue his research at UCL for a further year. He also completed research stints in Boston, spending time at Harvard and the Massachusetts Institute of Technology (MIT).

In 2010, Hassabis founded what would go on to be his biggest company to date: DeepMind, a London-based startup that wants to “solve intelligence” and use it to “make the world a better place.”. The company is developing sophisticated self-learning algorithms that can excel at particular tasks when it is given a dataset to learn from. The algorithms are created by blending research and expertise from neuroscience and machine learning.

Hassabis cofounded DeepMind with childhood friend Mustafa Suleyman. Suleyman is head of applied AI at DeepMind and head of the DeepMind Health division, which is working with the NHS on a number of projects. 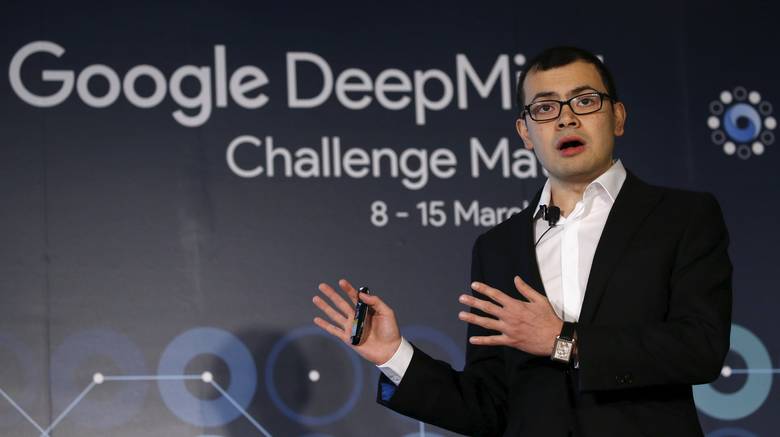 The company’s early investors include the likes of Tesla billionaire Elon Musk and Skype co-founder Jaan Tallinn. Musk explained his DeepMind investment to Vanity Fair saying, “It gave me more visibility into the rate at which things were improving, and I think they’re really improving at an accelerating rate, far faster than people realize. Mostly because in everyday life you don’t see robots walking around. Maybe your Roomba or something. But Roombas aren’t going to take over the world.”

DeepMind has been working with huge technological companies, such as Amazon, Google, Facebook, IBM and Microsoft, and together they have established the “Artificial Intelligence Collaboration”, an organization devoted to social and artificial intelligence.

Not all of DeepMind’s projects are well-known. Before DeepMind was acquired by Google, the company had an AI-powered fashion website called KITSEE. KITSEE used AI to recommend clothes to people that they could then go on and buy. The website also featured a range of articles about fashion that were produced by a team of DeepMind writers.

In December 2013, DeepMind revealed that it had made a breakthrough by training a piece of software to play Atari games at a superhuman level by only using the raw pixels on the screen as inputs. 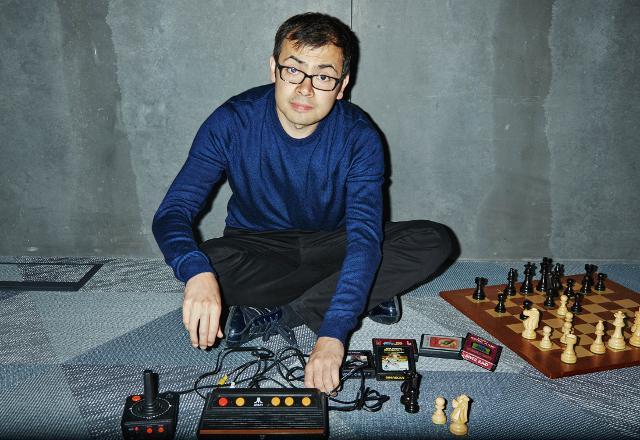 In January 2014, Hassabis sold DeepMind to Google for £400 million in what is Google’s largest European acquisition to date. The company made history last year when its self-learning AlphaGo agent beat a world champion at the notoriously difficult Chinese board game Go. Now DeepMind is turning its attention to applying its algorithms to areas that can benefit humanity, including healthcare and climate change.

Today, DeepMind sits under Google parent company Alphabet and employs around 400 staff in King’s Cross, London. It also employs a small team at Google’s headquarters in Mountain View, California, that are working on applying DeepMind’s technology to Google products. However, it remains an independent organization. As part of the Google acquisition, Hassabis and his cofounders made Google set up an AI ethics board. Who sits on that board has never been made public.

In 2015, DeepMind made the front cover of Nature – something that many scientists dream of achieving – for its paper on how it created algorithms that could learn to master Atari arcade games.

After cracking the Atari games, Hassabis and his rapidly-expanding team turned their attention to the ancient Chinese board game Go – a game that has been widely regarded as the holy grail in the AI community. 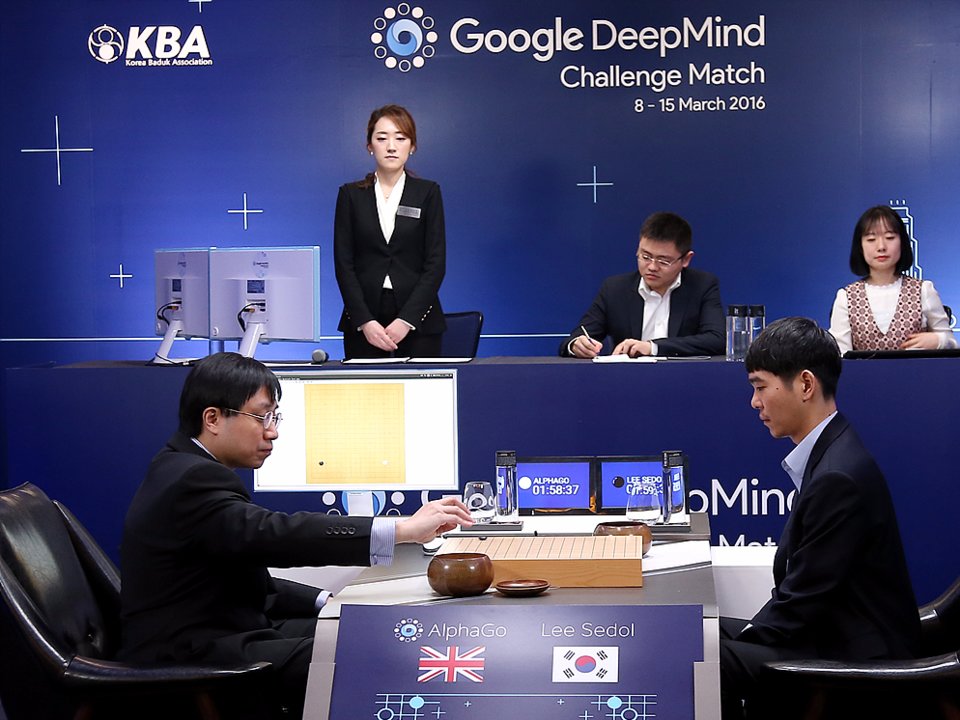 Dating back more than 3,000 years, Go is a two-player board game that appears to be relatively simple on the surface – each player takes it in turns to lay a stone, with the objective being to surround the other player’s pieces. However, the sheer number of potential moves on any given turn means that “Go”, in fact, one of the most complex games humans have developed and AI scientists have been unable to master it for decades.

AlphaGo learns by playing thousands of games against itself and gradually learning from its mistakes. In March 2016, DeepMind pitched its Go-playing algorithm “AlphaGo” against world Go champion Lee SeDol. It was a five-game match that took place at the five-star Four Seasons hotel in Seoul, South Korea. DeepMind won convincingly, taking four of the five games.

DeepMind made the front cover of Nature for a second time in January 2016 for its work on the AlphaGo algorithm. A number of AI experts, including Oxford professor Nick Bostrom, believe that DeepMind is currently winning the AI race, ahead of companies such as Facebook and Amazon. 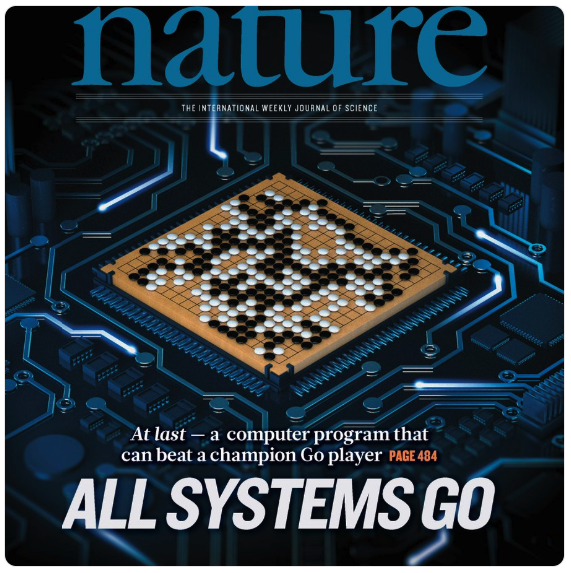 Demis Hasbabis has won many awards during his lifetime, including the Asian Awards, the Mullard Prize by the Royal Society, and in 2016 he was ranked in the “10 people who were important this year.”

In 2017, Time called him one of the 100 most important people in the world. Recently, it was included in the list of the British newspaper, The Guardian, as one of the stories that changed the data in science in 2018. 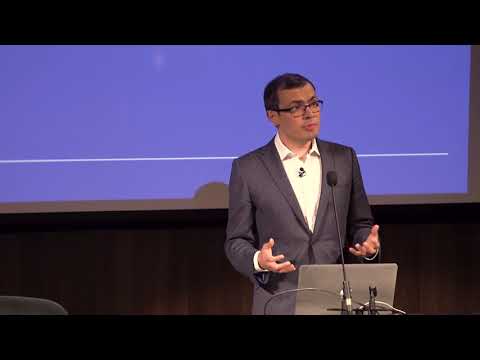