One of the 100 cited computer science authors

Dimitri Bertsekas’nearly fifty years of contributions to areas such as optimization theory, data networks, dynamic programming, and large-scale computation proves nearly impossible to measure. His 15 books take too long to summarize. But a few words capture his skill and passion: the language of mathematics. He ‘translates’ and ‘formulates’ and ‘expresses’ complex problems into a language of rules and numbers.

Dimitri Panteli Bertsekas is an applied mathematician, electrical engineer, and computer scientist, and a professor at the Department of Electrical Engineering and Computer Science in School of Engineering at the Massachusetts Institute of Technology.

Bertsekas was born in Greece and lived his childhood there. He studied for five years at the National Technical University of Athens, Greece, and studied for about a year and a half at The George Washington University, Washington, D.C., while working as a research engineer, where he obtained his M.S in Electrical Engineering in 1969, and for about two years at MIT, where he obtained his doctorate in system science in 1971.

There, he witnessed a transition from a narrow focus on control theory to a much broader focus on systems analysis and its set of applications, which included data networks and power, communication, and transportation systems. It was a time when computation was primitive. As Dimitri thinks back to them, he chuckles. “At that time, a computer had 64,000 bits of memory—that’s 64 kilobits, not megabits, not gigabits like we have now,” he says. “The idea of moving messages between computers with those capabilities was mind-boggling.” Though he could have never predicted the complexity of today’s networks, he has always been able to see through to their underlying mathematical structure.

Prior to joining the MIT faculty in 1979, he taught for three years at the Engineering-Economic Systems Dept. of Stanford University, There, he met his greatest intellectual influence, mathematical scientist David Luenberger, who was one of the early pioneers of modern optimization. The then-emerging field involves making decisions as close to the best way possible in the face of uncertainty, such as calculating the most lucrative investment.

“It was an exotic field when I started,” Dimitri says, “and now, optimization permeates just about every quantitative field. It has become the approach of choice in formulating problems.” Ever since Dimitri has used the language of mathematics to create computational algorithms involving approximations or attempts to get closer and closer to a solution reasonably fast. 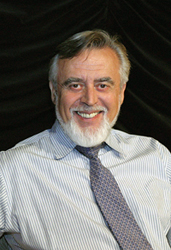 Optimization algorithm design, plus a coincidental rainstorm, brought Dimitri one of his most important discoveries and vivid memories. It was a night in the late 1970s when Dimitri lived in Illinois. This was during his second faculty position at the Electrical Engineering Department at the University of Illinois at Urbana-Champaign. A relentless storm was flooding his basement, forcing Dimitri to empty the room with a bucket for hours on end. In between bucket-fulls, Dimitri sat at a small desk and attempted to solve a certain optimization problem. But he didn’t have a single book to consult.

“So I decided I would start from first principles,” says Dimitri, “solving the problem as a layman would.” It was there in the wet basement, with a pencil and paper, that Dimitri came up with ‘auction algorithms,’ a completely new set of approaches to solving classic optimization problems of both theoretical and practical natures.

An algorithm is a well-defined, step-by-step procedure for calculations. Dimitri’s auction algorithms solve network flow, transportation, and assignment problems, which are fundamental optimization problems that involve agents and tasks that need to be distributed among the agents in a way that minimizes the cost of each task. 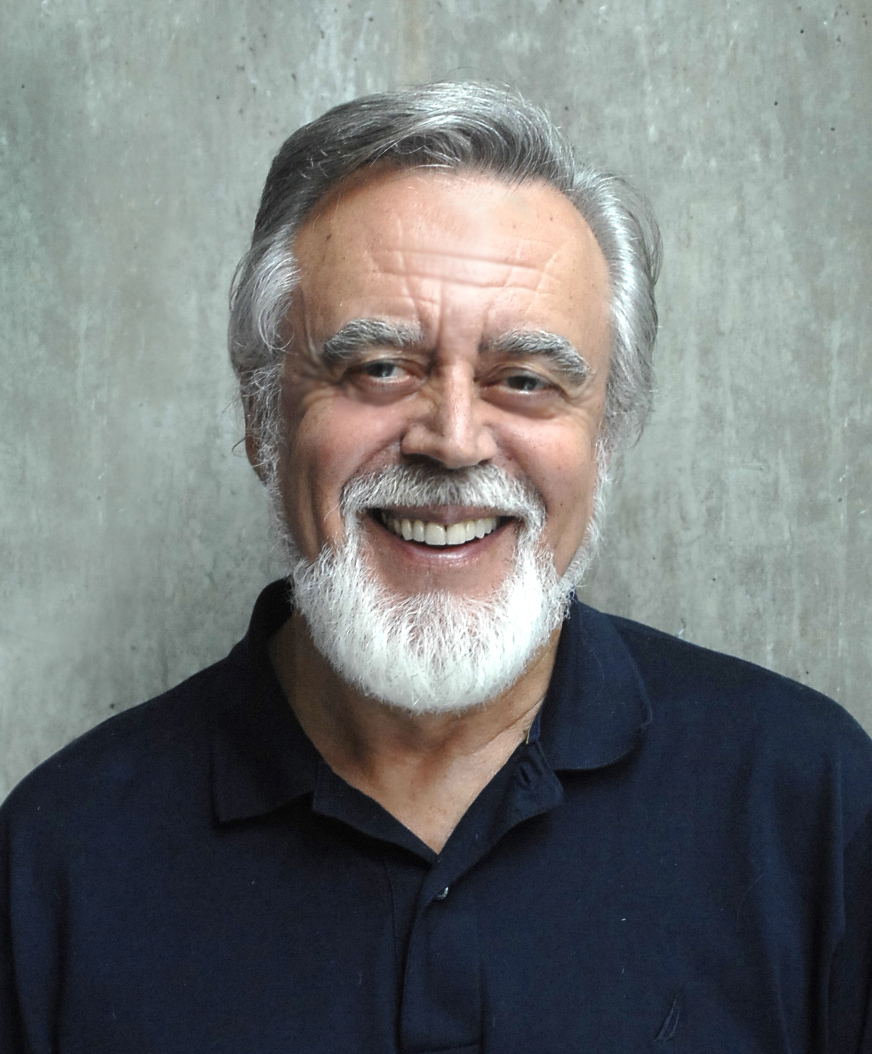 Auction algorithms provide an intuitive way to solve these kinds of problems because they are, as he once wrote, “couched in everyday experience.” As he sat in his basement thinking far outside the boundaries of theoretical literature, he produced an algorithm that operates like a real auction where people make competitive bids to naturally reach the best offers. These methods solved network-type optimization problems fast, and soon became a staple in the field. “Had I had books around me,” says Dimitri, “that idea would probably not have come to me. It was an important discovery, and happened under the most unpredictable of circumstances.”

In 1979, as Dimitri published his first auction algorithm, he began his career at MIT’s Laboratory for Information and Decision Systems (LIDS), where he still works as the McAfee Professor of Engineering. Dimitri soon hit it off with MIT’s Robert Gallager, who was then making a switch from information coding to data communications networks, essentially the progenitor of the Internet. This area offered Dimitri many opportunities to translate practical problems into the language of mathematics and implement optimization theory. It also provided fertile ground for the development of new computational models based on a distributed large-scale computation

Even as Dimitri uses the language of mathematics to express abstract ideas, he often engages with it on a literal level. “I have a kind of a pathology that few people have,” says Bertsekas. “I write a lot of books.” The 16 volumes, several of them influential textbooks, have given him ample opportunity to develop a very specific perspective on mathematical writing, which he notes is not the same as expository writing or really any other form of written language. 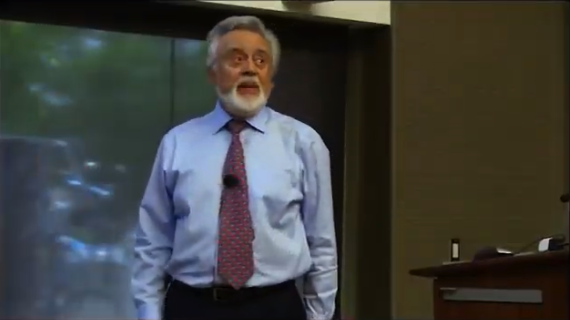 Writing, for Dimitri, consists of two written languages: English and math. English is rich and ambiguous; mathematical writing is contained and must always be unambiguous. And while expository and creative writing needs excitement and varying sentence styles, “in mathematical writing, you want to make the interesting point stand out and everything else boring, even repetitive” he says. Such a composition style respects the fact that math writing is never read in one go. To truly absorb a mathematical concept, one must read the same section over and over, and eventually connect different parts together. He has created a guideline, “Ten Simple Rules for Mathematical Writing,” aimed at students who are writing papers and dissertations.

Books and teaching go hand-in-hand in Dimitri’s research life. In fact, they rely on the other. “I would not be able to write books without teaching,” he says, “because books develop from class notes, which tend to follow new research questions.” This cycle of research to teaching to books and back to research has itself come full circle.

Dimitri often looks at the world through the lens of a camera. He says that mathematical research and artistic photography may seem completely different, but that both actually share the risk involved in trying to go beyond established areas into unexplored territory. “You don’t know what you are looking for while you’re looking for it,” he says. Over the years, he has built a large portfolio of travel photography inspired by the brilliant sunlight in Greece, the dramatic rock formations in California’s Death Valley, and the mysterious green fogginess of China’s rivers and mountains. 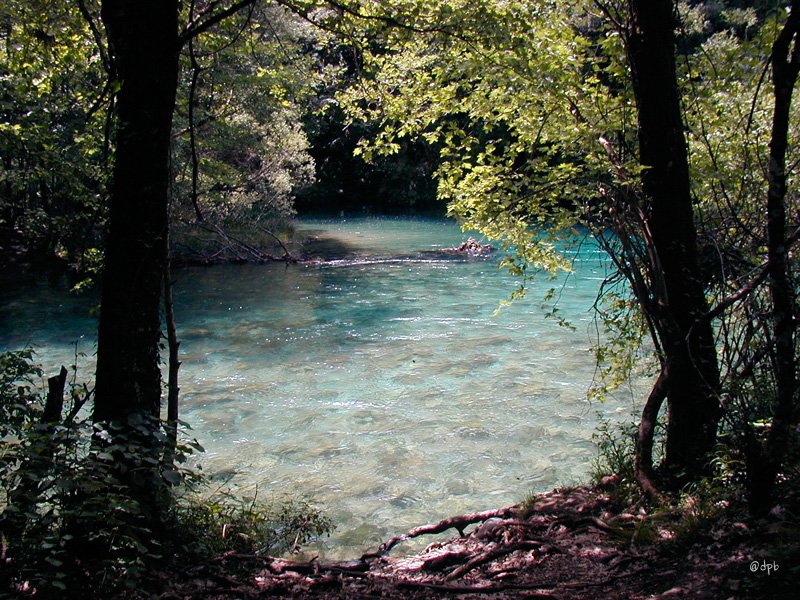 He is featured among the top 100 most cited computer science authors in the CiteSeer search engine academic database and digital library; see also his Google Scholar citations. In 1995, he co-founded a publishing company, Athena Scientific that among others, publishes most of his books.

Bertsekas was awarded the INFORMS 1997 Prize for Research Excellence in the Interface Between Operations Research and Computer Science for his book “Neuro-Dynamic Programming” (co-authored with John N. Tsitsiklis); the 2000 Greek National Award for Operations Research; and the 2001 ACC John R. Ragazzini Education Award for outstanding contributions to education. In 2001, he was elected to the US National Academy of Engineering for “pioneering contributions to fundamental research, practice, and education of optimization/control theory, and especially its application to data communication networks”.

In 2009, he was awarded the 2009 INFORMS Expository Writing Award for his ability to “communicate difficult mathematical concepts with unusual clarity, thereby reaching a broad audience across many disciplines. ” In 2014 he received the Richard E. Bellman Control Heritage Award from the American Automatic Control Council, the Khachiyan Prize for lifetime achievements in the area of optimization from the INFORMS Optimization Society., the 2015 Dantzig prize from SIAM and the Mathematical Optimization Society, and the 2018 INFORMS John von Neumann Theory Prize. 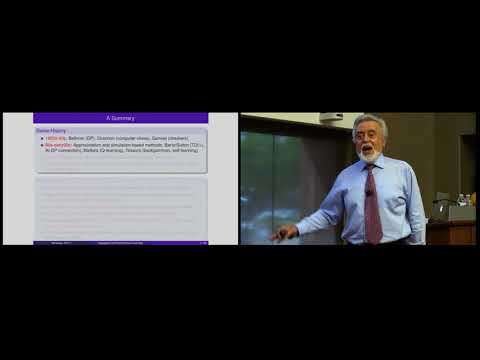