Dimitri Vassilakis is an internationally renowned jazz musician, award-winning saxophonist, singer, composer and teacher and has recorded 5 albums for the historic jazz company Candid Records based in New York and London. He is the first Greek jazz musician and academician with an international career and discography abroad and one of the first members of the International International Association of Schools of Jazz. Moreover, he has traveled around the globe to festivals and has begun a new US art movement for young artists called Art Escape.

He has been described as the “Hellenic God of post-modern expression” by BBC, has collaborated with the greatest jazz legends and has achieved two sold-out shows in a 1,500-person venue at Monday’s Lincoln Center in York.

Dimitri Vassilakis graduated as a Chemical Engineer from the NTUA in 1986, while studying classical and jazz saxophone, piano and composition with scholarships from the Onassis Foundation and the British Council in London (London College Of Music and Royal Academy of Music). He received his BA with excellence, a classical saxophone diploma, and others for composing, organizing and conducting jazz, as well as teaching jazz, while he won awards in international competitions (LCM society prize with LCM Symphony Orchestra, BBCI award for album of the month and album of the year).

He first played punk, new wave, electro, pop with Art Of Parties at Creep Records in the 1980s. Along with his brother, Pantelis Vassilakis, their band made a very successful and now collectible 7inch single. In one of their recordings, later on, he wrote for the record company EMI parts for wind instruments and that was when he came in contact with the saxophone. It was a good time to change his ways since he wanted to dedicate himself seriously to music and always admired the jazzists for their deep knowledge and expressiveness. “Entering the world of jazz was like giving me a big strong stream that brought me to an ocean of self-seeking”. 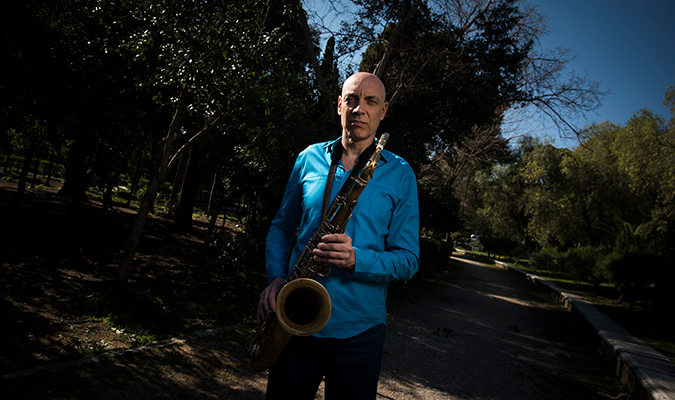 His first album, “Secret path”, was praised by both the Greek and the international press, and the jazz encyclopedia “Penguin” wrote an excellent review for it. The album “Daedalus project – Labyrinth” was voted the second jazz album of the year for the BBC in 2002 and has since been studied at American universities, such as Monmouth, Georgia Tech, Columbia College and Yale. The album “Parallel lines” with Essiet Essiet and Jeff “Tain” Watts received a warm welcome from prints like the “Jazz Times” and is dedicated to the great tenor jazz saxophonist Sonny Rollins.

On the last album “Across the universe”, he made his debut as a singer. The magazines “Downbeat Magazine” and the «JazzTimes» gave the last album amazing reviews.

He has played in major clubs, festivals and concert halls including Dizzy’s, Birdland, Zinc and Onassis Cultural Center in New York, Jazz Showcase in Chicago, Ronnie Scott’s and at the Royal Festival Hall in London, the Paris Conservatoire in Paris and Berlin. He has also played for two Greek Presidents of Democracy, three prime ministers, as well as former US President Bill Clinton, during his official visit in 1999, with the international press praising him. 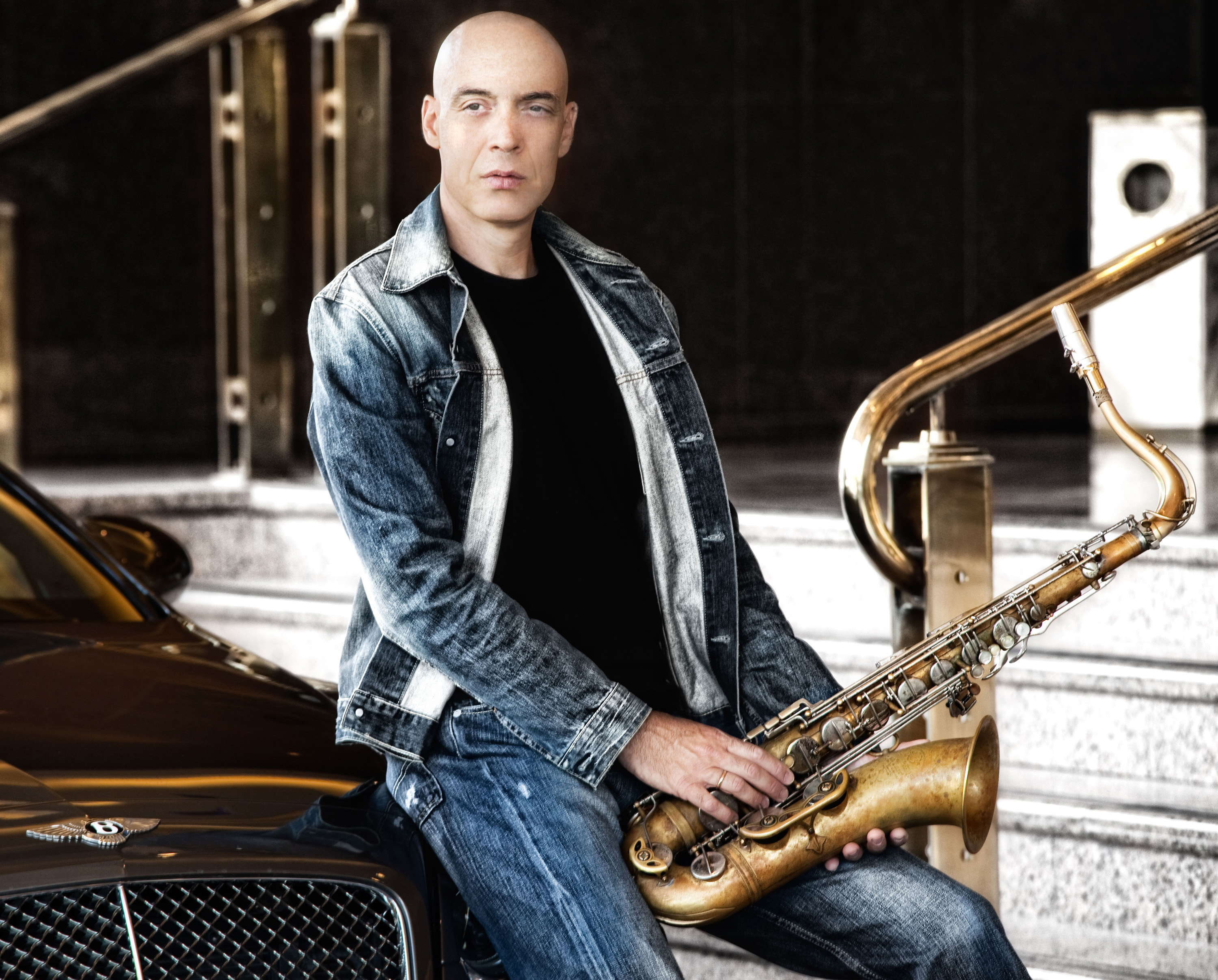 Dimitri Vassilakis has presented talk-shows on TEDx in Athens and Tokyo entitled “Jazz Democracy”, while presenting the show “Jazz Democracy” on the internet platform of Aiton Television. He works with Bentley at world festivals and concerts, and in 2013 he created the exclusive “Jazz For Bentley” collection for the luxury brand.

He is also the author of the Onassis Foundation, the “Saxophone Study”, which is an educational tool for Conservatories, Schools and University Music Departments.

Since 2015, he has been the artistic director and organizer of the Mirabello Jazz Festival (Crete) and the Rhodes Jazz Festival, while he is a collaborator researcher for Jazz and Artificial Intelligence / Robotics at Georgia Institute Of Technology in Atlanta USA. He has also released his first poetry collection entitled “88 on the Move” by Atyon.

At the question about which musicians he admires, he answers: “The list is very large and includes names like John Coltrane, Charlie Parker, Sonny Rollins, Miles Davis, Chet Baker and Dexter Gordon. I also admire all of my music-mates – because I find it truly a heroic choice to play jazz – and, since my old days, I’ve been a great fan of John Lennon, David Bowie, Roxy Music and Nina Simone. ” 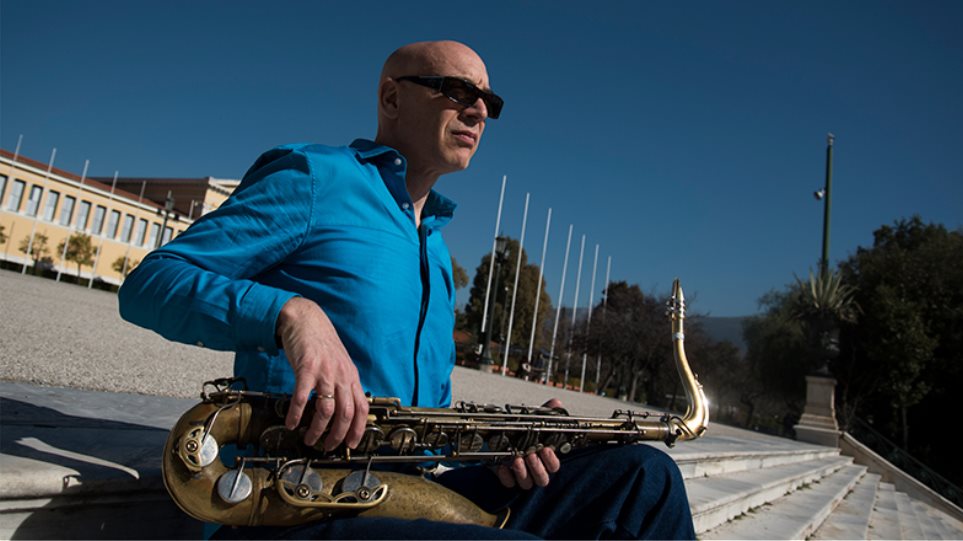 In an interview he said:

– What is jazz? What are its philosophy and its magic? What is jazz for you and what makes you distinguish it from other musical genres?

“From 2013, I present the idea of jazz democracy with speeches, presentations at TEDx, festivals and TV programs. The idea that regardless of color, education, age, language, sex, culture, etc., jazz musicians play in front of the audience with parity, creative conversation, respect and without meritocracy being an obstacle, makes us think how it would be if we applied these ideas also in the political and social sphere of reality. The language of Jazz is so complex and expressive, and it can teach us a lot. ”

– What is the story that has been indelible to you since you traveled the world to play jazz?

“While I’m often playing in New York, London, etc., the story that I’m going to tell you was in South Africa, on this mother-continent also for jazz. There, I played with the great Abdullah Ibrahim in the State Theater of Pretoria and in Johannesburg, in the Alexandra Township, where I also had the incredible experience of improvising with the soprano saxophone on the street and suddenly, children that had been playing ball, stopped and surrounded me dancing and embracing me. I will never forget it! I probably would have not stopped playing ball for no reason when I was their age. ”

– Which famous jazz musicians would you like to work with?

“I like to play with musicians who have good sense and open play, with the intention to explore and humor, with good sound and touch on the instrument they play. And all of this usually goes along with a cool personality. ”

“Saxophone is a magic instrument as it is an extension of my body and soul. Improvisation is the most important element of jazz, the structural element of its language and the way jazz has developed its communication and semantics to an incredible degree. With improvisation and mapping of jazz language I have been working on research at the latest in neuroscience, artificial intelligence and robotics in partnership with Georgia Tech and Georgia State Universities in Atlanta, USA “.

– What would you advise young people who would like to work with music?

“Music, like any fine art, is a call, it’s not a job – as serious as it may be. Without this internal tendency, you don’t go far. Also, as devoted as one can be, not all musicians can play jazz, as they have to be able to express themselves through improvisation. Jazz is not a simple matter. We are talking about complex structures at all levels, which apart from the technique concern spirit, soul and emotion, free connection, automatic writing, the ability to create continuity with inspiration, freshness, you can tell a story in style. To play good jazz, you want the athlete’s workout and dedication, the spiritual concentration of a yogi and the creativity, inventiveness and humor of a fairy-tale. And all this without being sure you will make a living. “ 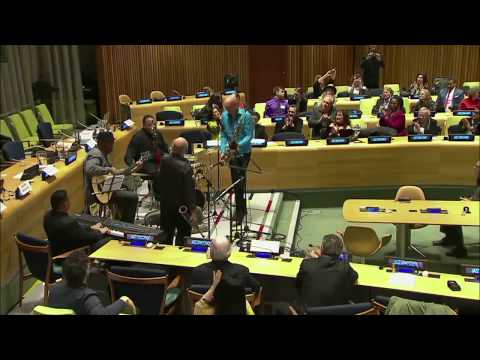