The greatest Greek painter of the 15th century

Angelos Akotantos was the most important painter of a particularly interesting era, he was an artist many call the “Dominic Theotokopoulos of the 15th Century” and was the first painter of icons to decide to break his anonymity and put his signature in his works.

Most of the information about him comes from his will, which was written around 1436 and which he did not write because he was ill or old, but because he was going to visit Turkey – it is also being kept in the Venice State Archives. His well-known works are fifty icons, of which thirty are signed, and twenty, that have been attributed to him by credible research. 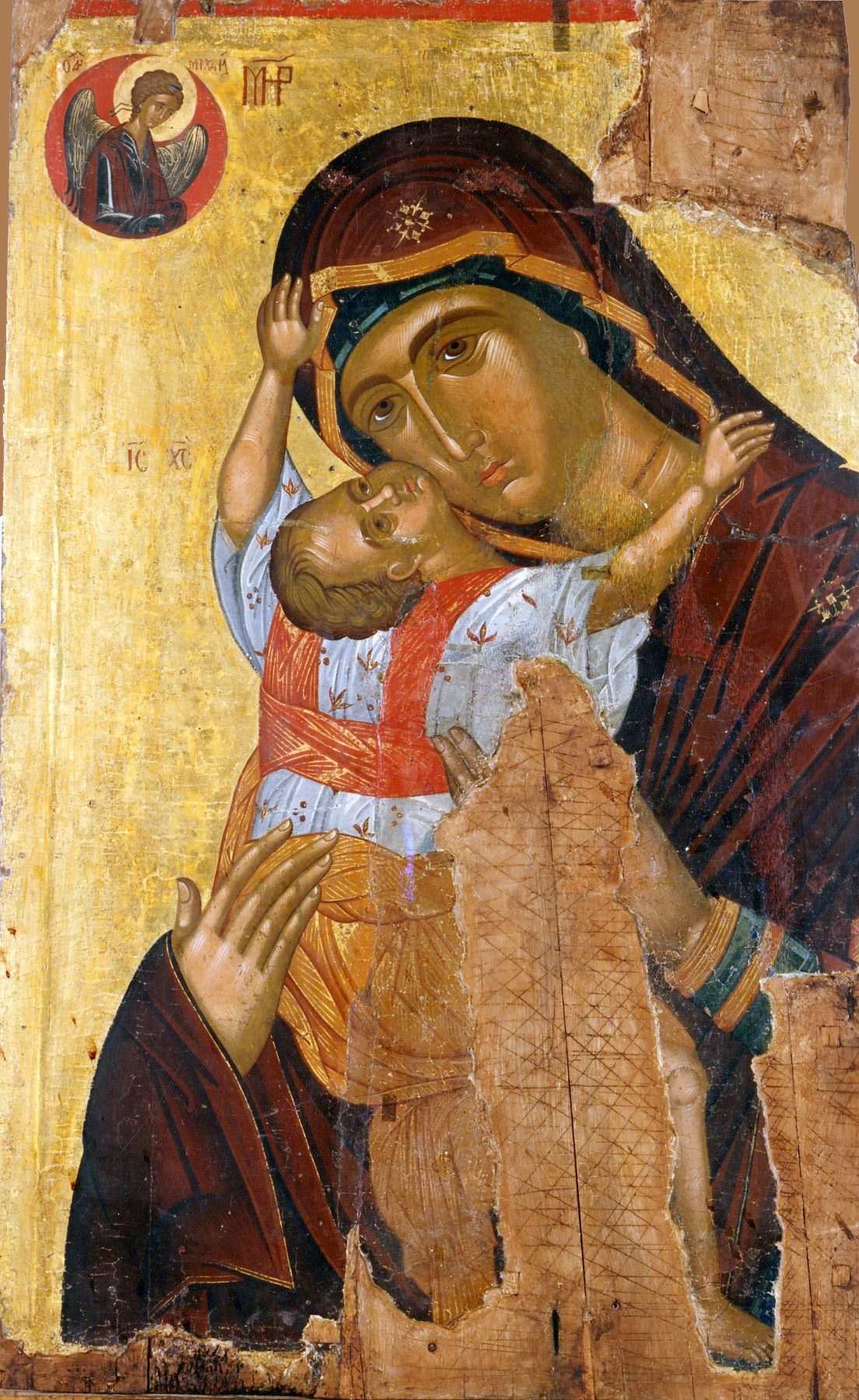 He was a Cretan, born in Candia where he lived and practiced painting art. The period of his artistic activity dates back to 1425 and 1450, the year he died, a time when, due to historical circumstances, the center of artistic production had begun to move from Constantinople to the capital of Venetian-occupied Crete, Chandaka.

He kept a painting workshop in Candia – Heraklion, Crete, as it was called in the past by the Venetians and up to this today by the Italians – from where he supplied icons to Greek churches and monasteries in Crete, Patmos, Rhodes, etc.

His images are characterized by high artistic quality, in which the quests of Constantinople painting coexist with the eclectic adoption of elements of Venetian painting. Through his icons, he appears to participate and comment on important theological issues of his time, a fact that reveals the breadth of his reflections and education. 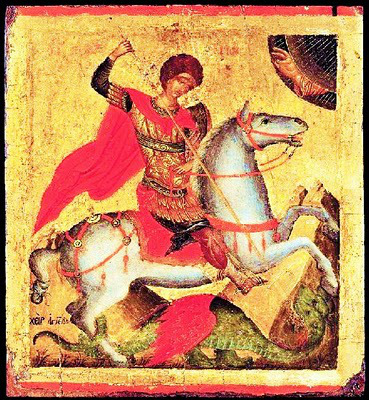 He introduced the worship of “new” saints, such as St. Fanourios, “propagated” in favor of the Eastern Union and the Western Church with the images of the Aspasmos of the apostles Peter and Paul, elaborating subjects with sublime theological shades, such as Christ the Ambelos, which may have also involved some sympathetic mood.

The number of his icons shows that Angelos Akotantos maintained a great painting workshop where great painters from the second half of the 15th century, such as Andreas Ritzos, were taught. Even Dominikos Theotokopoulos was influenced by the great artist who he called “The most famous painter”, and he signed in the same way he did, “Hand of Dominikos”.

Theotokopoulos, of course, resorted to the West and became famous there. Akotantos had no reason to leave to the West as he died in 1450 when Constantinople had not yet fallen to the Turks, so his attention was focused on it and not on the West.

Angelos Akotantos was a literate man who had a significant mobile and immovable property, a wealthy library, the sale of which, after his death, as requested by his will, would be endowed to poor girls. He had bequeathed the gear of his work and paintings to the child that would be born if it was a boy and wanted to learn painting art – when he wrote the will his wife, Eleni Marmaras, was pregnant – otherwise, one of his two brothers and painter, John, would have them. 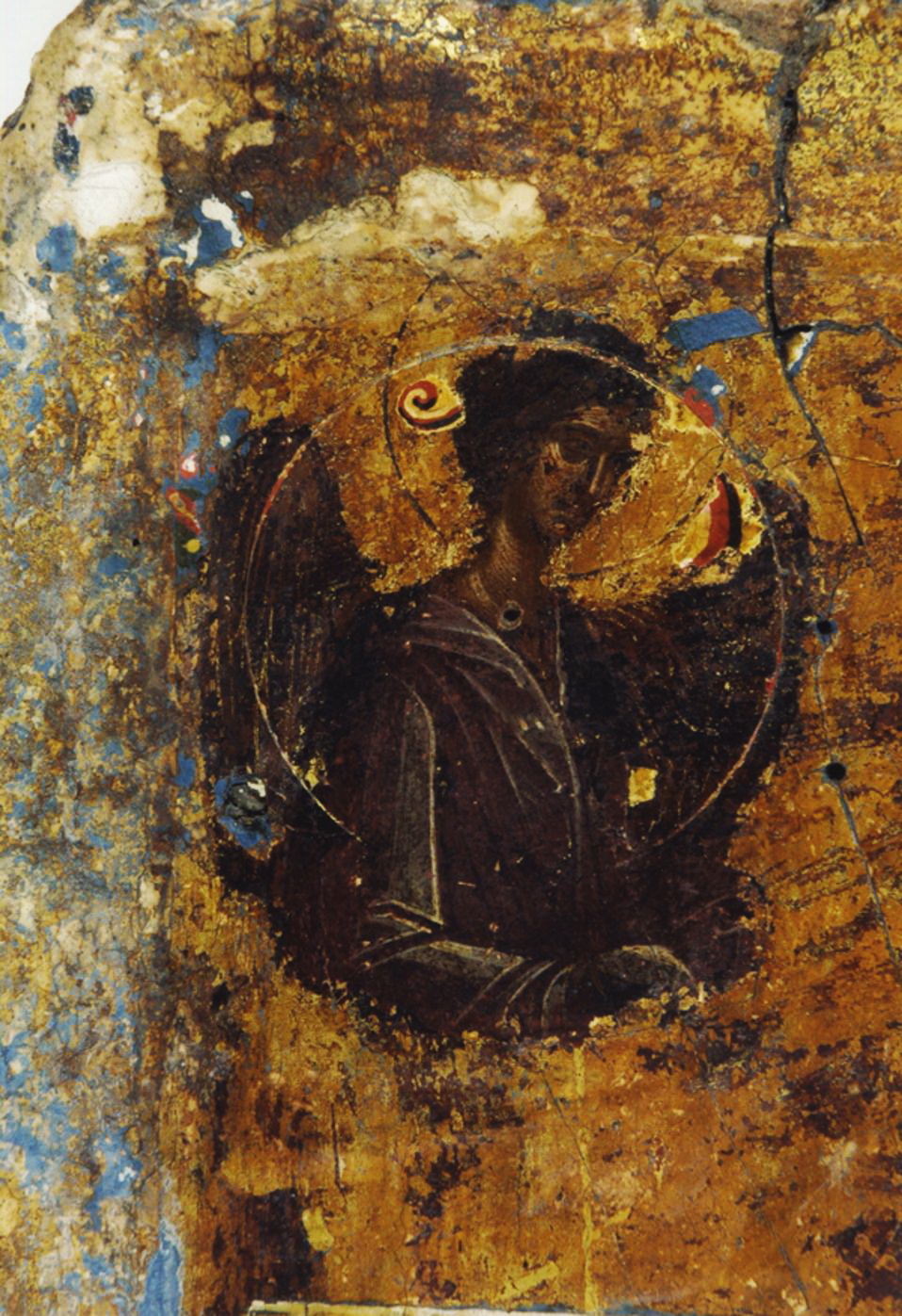 Not only is this a unique testament, since no other similar documents are preserved by 15th-century artists, and apart from a valuable source of information on the life of Angelos Akotantos, it also reveals a new kind of artist, an artist who seems to take part in the discussions of the time, paving the way for the Renaissance intellectual.

If the testament is a key element in understanding Angelo’s importance in shaping this new kind of artist, the signature Angel’s Handle also has its own gravity. Many agree that the signature signifies, on one hand, a social acceptance of the work of the artist, and, on the other hand, a kind of self-knowledge on his part.