The 20-years-old Greek tennis player who stands out

tefanos Tsitsipas is the first Greek tennis player who found himself in the finals against Rafael Nadal, the top player in the “Top 100” of the world ranking, and the first who has reached No. 40 in the same category. Greek and international press, as well as TV channels like CNN, BBC and Eurosport, praised the Greek athlete.

Since he first started playing tennis, he topped the juniors category in record time, while, in 2016, he and his partner Kenneth Raisma, had one of the greatest wins in the Greek history; they reached the top of Wimbledon and won first place in the Junior Doubles. In 2017, he became the no. 1 Junior tennis player worldwide and now is the best Greek tennis player. Also, he is the second youngest player who has won a world ranking place. 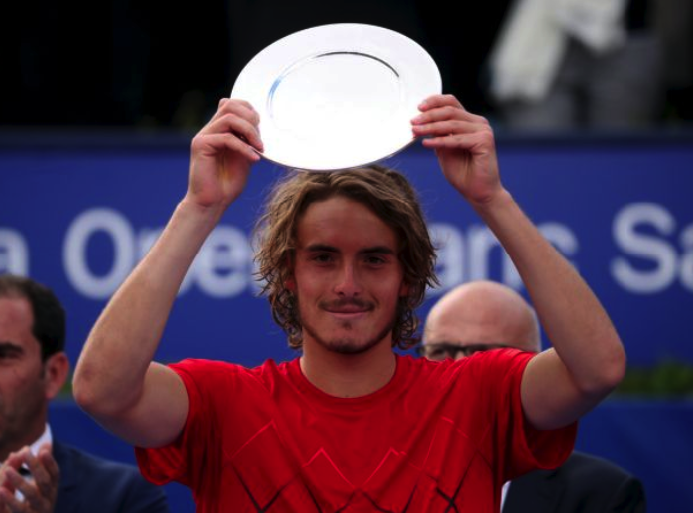 Stefanos Tsitsipas was born on August 12, 1998, in Athens and grew up in the Astir Palace hotel complex, where his parents worked as tennis instructors. His parents were athletes too. His father, Apostle Tsitsipas, is a tennis coach, and his mother Youla Salnikova a former tennis player and member of the national team of the former Soviet Union. Both his aunt and grandfather were professional athletes also. His aunt was a tennis player and a member of the same team as his mother, while his grandfather, Sergei Salnikof was a Soviet soccer player and manager.

He is the eldest child of a family of four. “My brothers and sister grow up away from our father” he admits in Proto Thema newspaper. That is because Apostolis Tsitsipas, being Stefanos’ coach, follows him to every match around the world, making his son feel deep gratitude for his support and help. His younger-by-two-years brother, Petros, plays in the ITF Junior, trying to improve his ranking, and Stefanos speaks very highly of his brother’s skills and proudly for the person he is – which he also does for his 11-year-old brother and little sister. 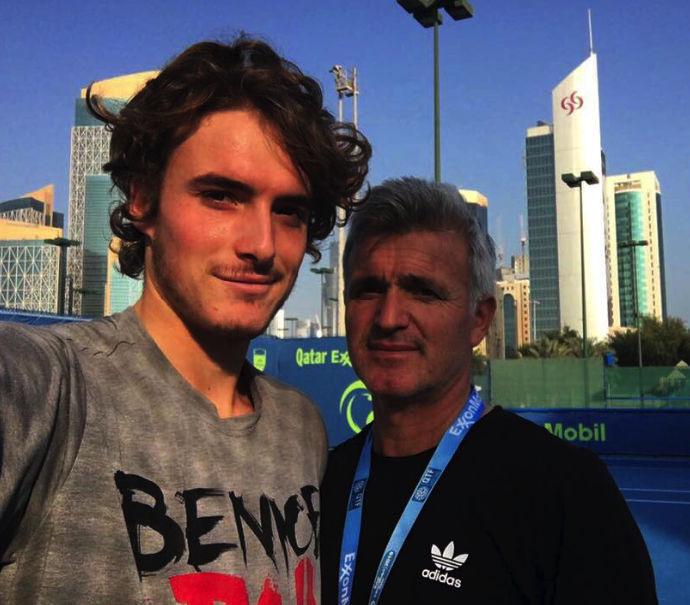 Stefanos Tsitsipas first played tennis when he was around 4-years-old and although he tried other sports, tennis won in the end. He recalls he lost the first match he ever took place in, which make him feel that he doesn’t belong in the court, but eventually he got over his frustration and fears and started his ascent to the top. He is a strong supporter of the saying “There’s no coincidence in life” and believes that talent alone is not enough if one doesn’t work hard and not believe in himself.

Owing to his frequent and multi-day trips, Stefanos was absent for long periods of time, which prevented him from finishing Greek school further than Junior high. That was because being away for so long, he constantly risked failing his classes, as he missed a lot of the school curriculum and could not properly follow up the lectures. Moreover, his classmates were unable to understand his daily life and often bullied him. So, he finished high school online in an American school, while he was training and playing tennis.

In 2018, he was qualified for the final Barcelona Godo, where he faced the no. 1 in the world ranking, Rafael Nadal. Stefanos said that he felt as if he was living a dream, playing against the top player, who he admired since his childhood. “It was a really great lesson, a very good lesson, but I learned from him and I hope I do better next time I play against him” he says and admits that he will follow the great player’s advice “He told me to keep up the hard work, to make the right steps and success will be the result”. 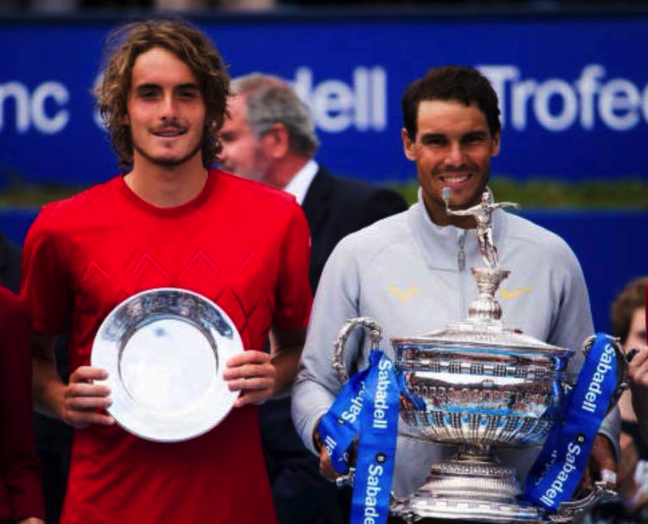 When he was asked by the Spanish Mundo Deportivo newspaper, whether his target is to be the no. 1, he responded with great maturity for his age and said “I see the top far away, but no. 1 is just a restriction, it’s not my only goal, even though I believe in myself. Tennis is not very popular in Greece and being the first in my country to enter the Top 100, I want to achieve more things than to take the lead. I already feel proud, but I want to inspire people and children to play tennis – this is so much more compared to winning Grand Slam or Masters titles”.

He admits, however, that things could have developed very differently if it weren’t for his mother’s sister and her financial help throughout his whole career. For a large family of six, it would be very difficult, if not impossible, to finance Stefanos’ travels and meet the other family members’ needs at the same time. Now, though, standing in place No. 44, there’s definitely room for a more comfortable life, because of the better wages the Top 50 players are paid with. 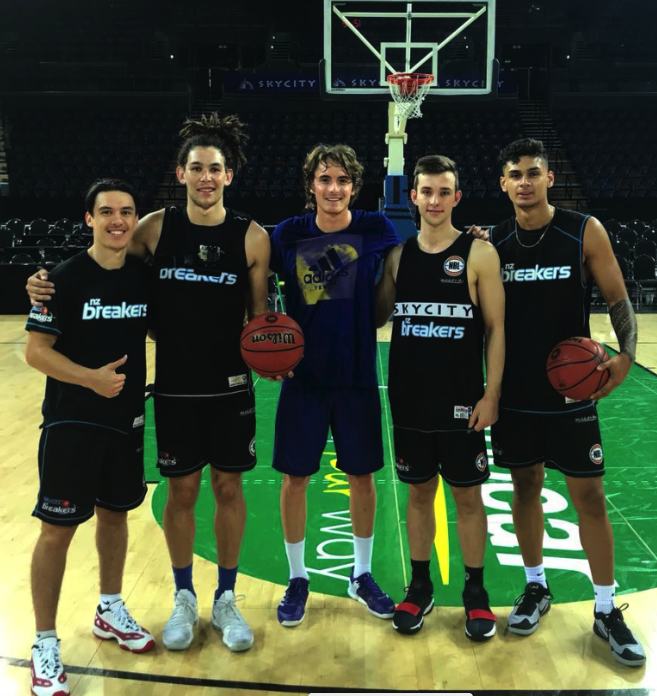 Looking back, among the most difficult moments of his career, he singles out the last injury that kept him off the court for two months. After that, it was the death of his doctor, Thomas Christidis – which he found out about after he had completed a week of his career in Antwerp – an incident which stayed with him and saddened him for a long time.

In 2018, on the young athlete’s 20th birthday, the final of the “Rogers Cup” tournament was held in Toronto, where he once again faced Rafael Nadal, starting the races being on number 27 in the world ranking. Despite his struggle, Tsitsipas, who made all of Greece sit on the edge of their seat, lost to the top player but became No. 15 in the World Ranking by gaining twelve positions.

“This cup means a lot to me. It is my first final in a masters, thanks to those who helped me, the organizers and, of course, congratulations to Rafah,” he said after the game. 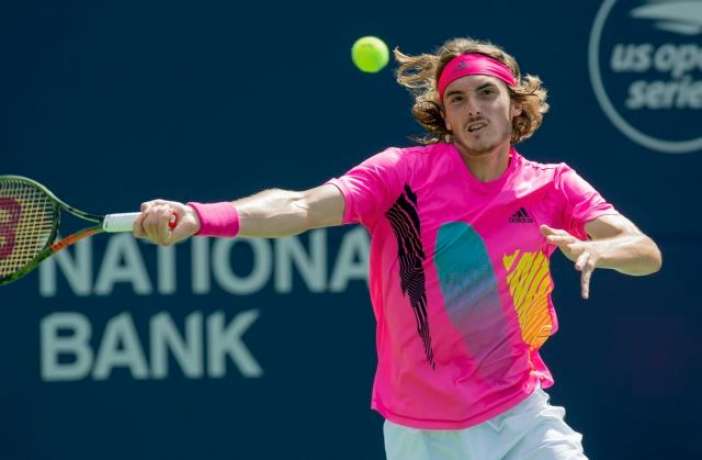 Moreover, in 2018, with his 35th victory in the season, Stefanos Tsitsipas secured qualification in the 16th Shanghai Masters stage, where it took 1 hour and 45 minutes to curb Russia’s resistance – No.27 in the world – Karen Hassanov with 2-0 sets (6-4, 7-6 [8]). Thus, the Greek athlete – No15 in the world rankings – went on for the first time in the third round of this tournament.

Οn May 6th, 2019, Stefanos Tsitsιpas won the third title of his career and his first trophy on the ground, dominating over Pablo Cuevas in the final of Estoril Open with 2-0. That made him the third tennis player who won two titles in the season (his first in Marseille), after Roger Federer, Christine Garin and Dominique Tim. With his progress in Portugal, he returned to No. 9 in the World Ranking and went to No. 4 of the Race 2019 on ATP Finals.

On May 13th of the same year, the young tennis player, after his impressive appearance in the Madrid tournament, climbed two places in the world rankings and is now in No. 7 with 3,790 points, having the best ever ranking of his career.

Stefanos Tsitsipas plays football and basketball in his spare time, watches tennis matches, posts on his social media and talks with his friends, who he has since his childhood and always support him in all his matches, victories and defeats.