Giannis Antetokounmpo is a talented Greek professional basketball player for the US Milwaukee Bucks, and a member of the Greek National Basketball Team. The 23 year-old during the NBA draft period, has been selected 15 times by the Bucks, marking the most drafted Greek NBA player.

He became became the 1st player to finish in the top-20 in all major stats (points, rebounds, assists, steals, and blocks) for a single season. Giannis Antetokounmpo stole the show with dropping a career-high 44 points and carrying the Bucks to a 113-110 victory over the Portland Trail Blazers at the BMO Harris Bradley Center. His first claim to fame was for his tongue-twister of a last name, which tripped up fans, players, and commentators alike. He quickly gained the more easily pronounced nicknames Greek Freak and Alphabet Soup by the commentators who also characterize him as a “Greek nature’s miracle”, “phenomenon” and “unique talent”.

Born in Athens, he is the third of five sons of Nigerian immigrants to Greece. His father Charles was a footballer while his mother Veronica was a high jumper. Eldest brother Francis played football professionally in Nigeria while his three other brothers are also basketballers. Second brother Thanasis, the 25-year-old Panathinaikos forward, played in the NBA with the New York Knicks.

His parents with his brother Thanasis came from Lagos, Nigeria to Greece on 1991, and settled in Sepolia City, leaving their oldest son, Francis, in Lagos with his grandparents. After his birth, two other members joined the family, Kostas and Alexis.

His parents couldn’t cope financially and their living conditions were difficult due to the Greek economic crisis and unemployment rates. Giannis admitted, “Sometimes, our fridge was empty. We couldn’t sell things on the streets, and we didn’t have money to buy food” thus, him and Thanasis, in an attempt to help with the household’s income, sold sunglasses, purses and watches at the flea market.

In 2008, Spiros Velliniatis, a coach at the Zografou Filathlitikos B.C, saw Antetokounmpo playing basketball with his brothers in Sepolia. Velliniatis remembers that when he saw him, he immediately knew that one of the greatest basketball talents in the world stood before him. He said in VICE SPORTS “the moment I saw him I looked at the sky and said, God, how is it possible that no one has noticed the skills and the talent in this kid?”. That was when the “Greek Freaks” career started. 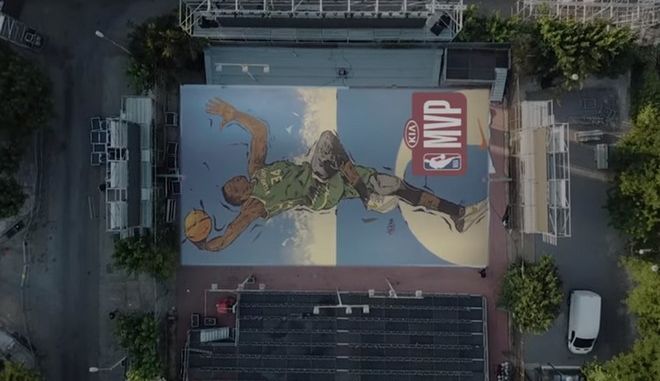 Giannis, Thanasis and Alexis in 2009, started playing for Filathlitikos B.C. Giannis was selected at the draft by the Milwaukee Bucks, in 2013, and his family followed him in the state of Wisconsin. All Antetokounmpo brothers followed the same path; Francis became a professional football player back in Nigeria, Thanasis and Kostas became professional basketball players and Alexis plays high school basketball in the US.

In the first NBA season, Giannis in 77 appearances scored 6.8 points on average, logged 23 times a double-digit score, and twice collected a double-digit number of rebounds, achieving “double double” both times (double-digit number in 2 statistical categories out of 5). He finished the season with a total of 61 blocks (1st in his category) and was the 7th best rookie NBA player. Moreover, he was also selected to participate in the “Rising Stars Challenge” at NBA All-Star Weekend in New Orleans, where he tallied nine points, two rebounds and two assists in 17 minutes. At the season’s end, he was NBA All-Rookie 2nd second team winner for 2013–14.

On January 20, 2015, Antetokounmpo became the youngest player in Milwaukee Bucks’ history to score 1.000 points, while, on February 2015 he was named the “Eastern Conference Player” of the Week. On February 22 in 2016, Giannis achieved his first “triple double” (triple number in 2 statistical categories out of 5) of his career. That was when he became the youngest Bucks player with a “triple double”, as he was only 21 years, and the first one to have achieved 4 “triple doubles” in just one season.

On September 19, 2016, Antetokounmpo agreed to extend his contract for 4-years and $100 million and for the next two consecutive years he was named “Player of the Week” again. He scored a record number in the NBA’s history of 175 points in the first five games of the season.

Giannis Antetokoumpo was named a starter on the Eastern Conference All-Star team for the 2017 NBA All-Star Game, the team’s first player and the first starter of the team by the audience, reporters, players and coaches, many years after a Milwaukee player had received those titles. In 2018, he was named 2018 NBA All-Star once again and became the first member of the team, since 1989, with that title for two consecutive years. 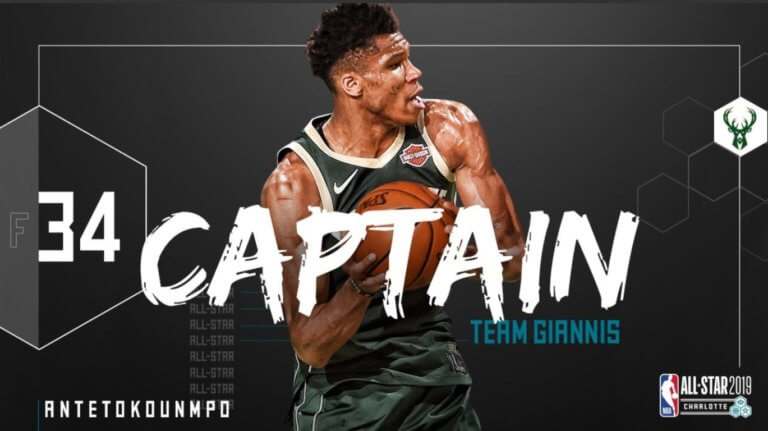 Since summer of 2016, Giannis along with his brother Thanasis have become active by organizing Antetokounbros demonstrational and friendly games in order to promote basketball, good sportsmanship and social awareness.

In 2019, the Greek Freak made a stunning season with Milwaukee in the regular season with 27.7 points, 12.5 rebounds and 5.9 assists per game and on Tuesday 25th of June 2019, he became the most valuable player in the world’s top championship in basketball! 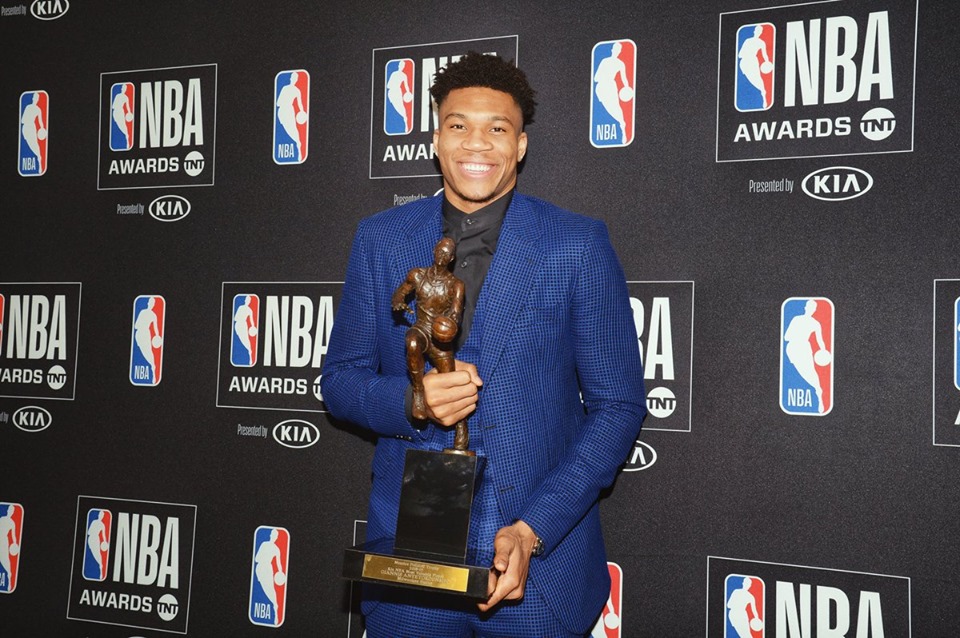 Giannis was a nominee for this prize along with James Harden (Houston Rockets) and Paul George (Oklahoma City Thunder) who also had a great season, but they did not come close to anything that Giannis did. He led the Bucks to the NBA’s first-place finish in the regular season and to the Eastern Finals for the first time since 2001. 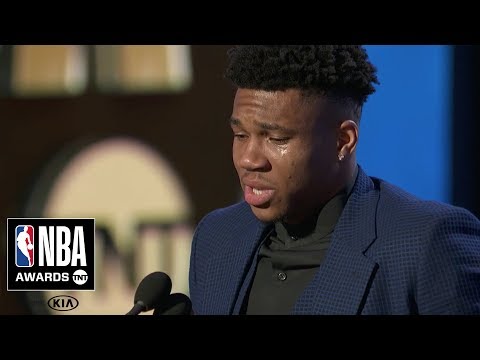