Following his PhD, he did postdoctoral work at the Laboratory of Molecular Biology (LMB) on the cancer potential of cytomegalovirus and then on to New York University Medical Center. Here he examined the c-Fos leucine zipper dimerisation domain to elucidate its function. He returned to Cambridge to lead a research group at the Gurdon Institute, where he has been since.

Kouzarides is a leader in the field of chromatin modification and its role in transcriptional control and cancer. In 1996 he made a key discovery in finding that the transcriptional co-activator CBP is a histone acetyltransferase. He has since worked on identifying several new histone modifications, describing their functions in transcription and DNA repair and highlighting their mis-regulation in cancer. His demonstration that a histone acetylation pathway inhibitor can be used to treat MLL-leukaemias has facilitated its use in clinical trials. Many links between epigenetic modifications and cancer have been demonstrated by his group.

Tony is part of the Executive Board of the Cambridge Cancer Centre and on the Scientific Advisory Board of two Institutes on Spain (CRG in Barcelona and CABIMER in Seville). He is the founder and director of a cancer charity based in Spain called “Vencer el Cancer” (Conquer Cancer), which raises public funds from the Spanish public to fund research on cancer.

In 2017, researchers from the Gurdon Institute, the Wellcome Trust Sanger Institute and their collaborators, led by him, revealed a gene that ‘blocks’ leukaemia. Specifically, the study shows that inhibiting the METTL3 gene with certain drugs destroys the cells of acute myeloid leukemia (AML) – an aggressive cancer of the blood – without negatively impacting non-leukemic blood cells.

Professor Tony Kouzarides stressed the importance of new treatments for AML and said that their study “will inspire pharmaceutical efforts to find drugs that specifically inhibit METTL3 to treat AML”. AML is a cancer that affects people of all ages. The condition develops in cells in the bone marrow crowding out the healthy cells, in turn leading to life-threatening infections and bleeding. With patients often requiring months of intensive chemotherapy and prolonged hospital admissions, outcomes are currently poor for the majority.

Dr. Konstantinos Tzelepis and Dimitris Aspris of the Wellcome Trust Sanger Institute, as well as the hematologist Dr. George Vassiliou of the same Institute and the Cambridge University Hospital, also participated in the study, which was published in the scientific journal Nature.

He has been elected member of the European Molecular Biology organization, is a Fellow of the British Academy of Medical Sciences (FMedSci), Fellow of the Royal Society (FRS) and is a Cancer Research UK Gibbs Fellow. He has been awarded the Wellcome Trust medal for research in biochemistry related to medicine (UK), the Tenovus Medal (UK), the Bodossaki Foundation prize in Biology (Greece), the Bijvoet Medal (Holland), the Biochemical Society Award Novartis Medal and Prize (UK) and the Heinrich Wieland Prize (Germany). 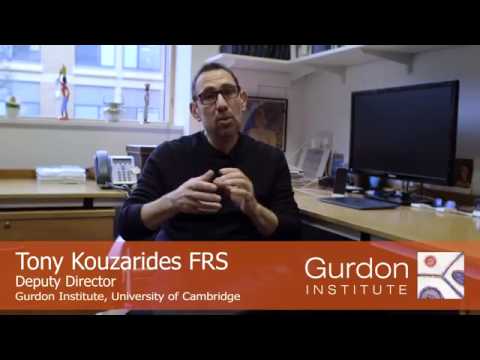