Professor of Aeronautics at the California Institute of Technology

Ares J. Rosakis is Theodore von Kármán Professor of Aeronautics and Professor of Mechanical Engineering at the California Institute of Technology. He was also the fifth Director of the historic Graduate Aerospace Laboratories, known as (GALCIT), and formerly known as Guggenheim Aeronautical Laboratories, and was the Otis Booth Leadership Chair, of the Division of Engineering and Applied Science.

Eighty years after its founding and during the second year of Rosakis’ directorship, GALCIT regained its position as the 1st ranked aerospace department in the US (US News and World Report), and subsequently shared this place with MIT’s Department of Aeronautics and Astronautics, a department roughly 5 times its size.

He is one of the 6 Greek researchers that have been named fellows of the American Association for the Advancement of Science (AAAS). This year’s 396 AAAS fellows have been recognized for their “scientifically or socially distinguished efforts to advance science or its applications,” according to the AAAS. Professor Rosakis was specifically recognized for his “distinguished contributions in the field of aeronautics and mechanical engineering, particularly for fracture mechanics of materials ranging from thin films to earthquakes. The new AAAS Fellows will be recognized on Saturday, Feb. 17, 2018 during the Fellows Forum at the 2018 AAAS Annual Meeting in Austin, Texas.

Professor Rosakis was born on September 12th, 1956 in Athens. He graduated from Athens College, a Greek-American high school in June of 1975. In September of 1975, he moved to the United Kingdom to attend University College Oxford and to study engineering science. He received his bachelor’s (B.A.) and Master’s of Arts (M.A.) degrees from Oxford University in 1978 and 1986 respectively. He went on to earn his ScM. (1980) and PhD (1982) degrees in Engineering (solid mechanics and structures) from Brown University. He joined the California Institute of Technology (Caltech) as an assistant professor in 1982 as the Institute’s youngest tenure track faculty member. He was promoted to the ranks of associate and full professor in 1988 and 1993 respectively. In 2004, he was named the Theodore von Kármán Professor of Aeronautics and Professor of Mechanical Engineering. In 2013, he was honored as the inaugural recipient of the Otis Booth Leadership Chair, Division of Engineering and Applied Science.

Rosakis has been honored with many recognitions in mechanics, in aerospace and in materials failure including the 1989 Rudolf Kingslake Medal and Prize from the International Society of Optical Engineering (SPIE) and with various prizes awarded by the Society of Experimental Mechanics (SEM). In 2005 the same society selected him to become the William M. Murray Medalist and Lecturer for his life-long contributions to the development and application of advanced methods for accurate measurement of transient, dynamic phenomena. In 2012, he was appointed Commandeur dans l’Ordre des Palmes Académiques from the Republic of France. In 2013, he received the P.S. Theocaris Award from the Society of Experimental Mechanics for his lifelong contribution to experimental science and mechanics. He was also elected member of the European Academy of Sciences and Arts (Academia Scientiarum et Artium Europaea), Foreign Fellow of the Indian National Academy of Engineering (INAE), and a corresponding member of the Academy of Athens (National Academy of Greece). In 2015 he received the Sia Nemat-Nasser Medal from SEM for his interdisciplinary utilization of experimental mechanics to advance the field of earthquake Seismology.

In 2016 he was awarded the Theodore von Kármán Medal from The American Society of Civil Engineers (ASCE) for his discovery of super-shear frictional earthquake ruptures and was also elected member of the National Academy of Sciences (NAS). In 2017 he was elected Honorary Fellow of the International Congress on Fracture (ICF) and Fellow of the American Geophysical Union (AGU).

From 2009-2015, he served as the Chair of the Division of Engineering and Applied Science (EAS) at Caltech. This position is the equivalent to that of “Dean” of the school of engineering in other major universities. As Chair of the EAS Division, he presided over the largest of the six academic divisions at Caltech which has more than a third of the Institute’s faculty and forty percent of the entire student and postdoctoral fellow population.

He has served as Member, Ex-Officio Member and Chair of various Boards and Councils including the Advisory Council of NASA’s Jet Propulsion Laboratory, the Board of the Joint Center of Artificial Photosynthesis (JCAP), the steering committee of the Keck Institute of Space Studies (KISS), the Institute’s Academic Council (IACC) and the Institute’s administrative council (IAC). He was also Chair of the Scientific Advisory Board of “Oration Diagnostics” a Pasadena and Silicon Valley based startup company that he co-founded with Subra Suresh, then Dean of Engineering at of MIT, now Nanyang Technological University (NTU) president Elect. Rosakis is also a past Chairman of the Fracture & Failure Mechanics Committee of the Applied Mechanics Division (AMD) of the American Society of Mech. Engineers (ASME), and past Chair of the Exec. Committee of the Applied Mechanics Division of ASME. He is currently a vice President of the International Conference on Fracture (ICF). 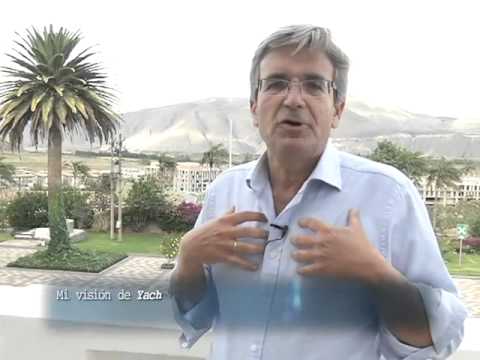