One of the best pediatric neurologists in the world

Basil Darras is a pediatric neurologist with advanced training and certification in human genetics. He is currently Director of the Division of Clinical Neurology at Boston Children’s Hospital and Professor of Neurology at Harvard Medical School.

His research has focused on the molecular genetics, diagnostics and therapeutics of pediatric neuromuscular diseases.

Basil Darras was born and raised in a village called Kastania, in Samos island, Greece, but he finished school in Athens. His parents were farmers. “I was born and raised in Greece and was strongly influenced by a number of doctors in my family. One of my uncles would let me watch him treat patients and help him give immunizations in schools”, he says.

He received his MD from the University of Athens, Greece. He completed an internship and residency in pediatrics at the State University of New York at Stonybrook and fellowships in Child Neurology and Medical Genetics at Tufts-New England Medical Center and Yale University School of Medicine, respectively.

Through his clinical and research experience, shared in papers, chapters, books and conference presentations, Dr. Darras has influenced clinical care in the field of pediatric neuromuscular diseases both nationally and internationally. He has contributed significantly to the development of methodologies for DNA-based molecular diagnostics of the muscular dystrophies. Further, he has attempted to define the indications for the new diagnostic tests, re-delineate the role of traditional procedures and develop algorithms illustrating the recommended diagnostic approach to the evaluation of children with neuromuscular diseases.

Dr. Darras is also actively working to further research in spinal muscular atrophy (SMA). SMA is a genetic disease that can lead to loss of muscle tone and the complications that go along with that. The condition is usually diagnosed before the age of 3 or 4 and, in the most severe cases, it can be deadly.

Darras oversaw the hospital’s clinical trials of Spinraza, now the only drug approved by the FDA (Food and Drug Administration) to treat all types of SMA, after exciting results.

“Raising arms and legs and then progressively the child acquired the ability to sit independently, which is a major milestone, something that we’ve never seen before in a baby with Type I SMA,” Darras said. 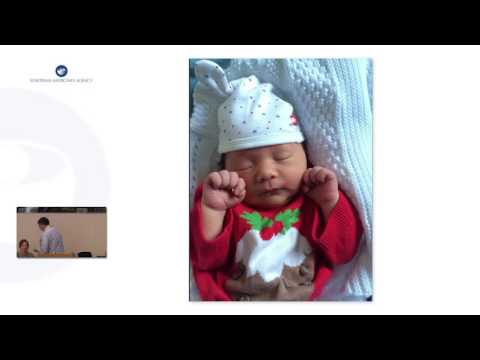