Sotiris E. Pratsinis is a Professor of Process Engineering at ETH Zurich.

He and his colleagues at ETH Zurich and the University Hospital Zurich have developed a breath sensor that can detect when the body is burning fat. In particular, they have developed a method for the highly convenient, real-time monitoring of lipolysis by testing a person’s exhalations during exercise. In the future, the procedure will not just be used by police checking for alcohol intoxication, but also for testing the condition of athletes and for people who want to lose that extra bit of weight.

The scientists are also working on developing gas sensors for other medically relevant molecules in exhalations, including ammonia to test kidney function, isoprene to test cholesterol metabolism and various aldehydes for the early detection of lung cancer.

His results are documented in over 200 refereed articles in scientific journals and book chapters while he has received six U.S. and European patents licensed to Dow Chemical, Degussa and Hosokawa-Micron. Prof. Pratsinis’ program has been funded by the U.S. and Swiss National Science Foundations, the Swiss Commission for Technology and Innovation as well as by DuPont, Nestle, Toyota, Ivoclar-Vivadent and others. 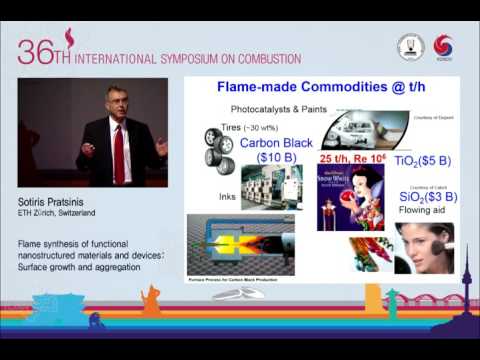