Unlocks the secrets of the Universe

Vicky Kalogera is director of Northwestern’s Center for Interdisciplinary Exploration and Research in Astrophysics (CIERA) and the Erastus O. Haven Professor of Physics and Astronomy in the Weinberg College of Arts and Sciences. Her research focuses on the physics of compact astrophysical objects, specifically white dwarfs, neutron stars and black holes. She is particularly interested in the formation and evolution of binary systems, in which two stars orbit each other.

She was born in 1975 in Serres, Greece. She received her B.S. degree in physics in 1992 from the University of Thessaloniki in Greece. She attended the University of Illinois at Urbana–Champaign for graduate school, where she completed her PhD in astronomy in 1997. She joined the Harvard-Smithsonian Center for Astrophysics as a CfA postdoctoral fellow and was awarded the Clay Fellowship in 2000. She joined the faculty in the Department of Physics and Astronomy at Northwestern University in 2001.

Vicky Kalogera who played a key role in the historic discovery of gravitational waves, confirming a major prediction of Einstein’s theory of relativity and launching a new field in astronomy, has been named the 16th recipient of the Martin E. and Gertrude G. Walder Award for Research Excellence.

The award, established in 2002 by alumnus Dr. Joseph A. Walder and given annually by the provost, recognizes excellence in research at Northwestern.

She is a member of the LIGO Scientific Collaboration, which conducts research related to the twin Laser Interferometer Gravitational-Wave Observatory (LIGO) detectors, located in Livingston, Louisiana, and Hanford, Washington. She serves on the collaboration’s executive committee and has led the astrophysical interpretation of the first discovery of colliding black holes. As a member of the LIGO team, Kalogera was included in the 2016 Gruber Prize in Cosmology and the 2016 Special Breakthrough Prize in Fundamental Physics, both honoring the first detection of gravitational waves. She also was awarded the 2016 Hans Bethe Prize of the American Physical Society for her wide-ranging impact on compact-object astrophysics.

In October 16, 2017, scientists announced the first-ever observation of a binary neutron star inspiral and merger—this astronomical event will provide a powerful new way to understand the lives of stars and how they die and join the galactic graveyard. Vicky Kalogera, served as lead astrophysicist on the panel at the National Science Foundation’s (NSF) press conference announcing the discovery. Anticipated by the Laser Interferometer Gravitational-Wave Observatory (LIGO) for more than 20 years, this merger represents the first joint detection of an astronomical event using two astronomical observing techniques: gravitational waves and electromagnetic radiation. Together these approaches are known as “multi-messenger astronomy”. Gravitational waves were the subject of 2017’s Nobel Prize in Physics, and multi-messenger astronomy was named one of the NSF’s 10 Big Ideas for future scientific investment.

In January 2018, she was awarded the 2018 Dannie Heineman Prize for Astrophysics for her groundbreaking work studying compact objects — including black holes, neutron stars and white dwarfs — in astrophysical systems. The award, administered by the American Institute of Physics (AIP) and the American Astronomical Society (AAS), cites Kalogera’s “fundamental contributions to advancing our understanding of the evolution and fate of compact objects in binary systems, with particular regard to their electromagnetic and gravitational wave signals.”

Kalogera serves on the committee on astronomy and astrophysics of the National Research Council and on the executive board of directors of the Large Synoptic Survey Telescope Corporation. The National Science Foundation, NASA and private foundations support her research.

Breakthrough of the Year the LIGO’s gravitational-wave discovery 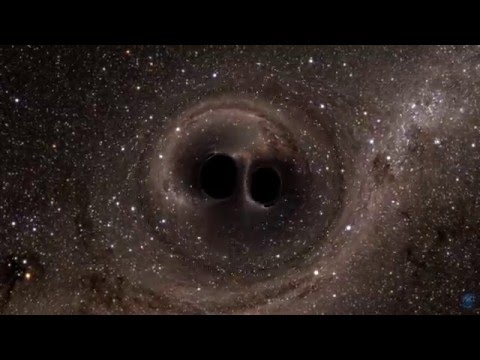