NASA’s Cassini spacecraft, for almost 20 years has been collecting data for the study of Saturn and its rings, moons and magnetosphere. Apart from Nikolaos Paschalidis, among other researchers who have been involved in analyzing the valuable data provided by Cassini, are several Greek scientists.

Much of his career has focused on the small to explore the big. With his background as an experimental space scientist, he has worked to develop miniaturized, low-power instruments – a host of measurement tools that are de rigueur on so many missions, from ultra accurate clocks to thermometers. He created miniature computer chips at the heart of instruments that measure just a half-inch by a half-inch. These are called Application Specific Integrated Circuits or ASICs and are used to replace instrument systems that previously weighed about two pounds and required much more energy. Such ASICs have been built into a host of NASA spacecraft, including Cassini, Messenger, New Horizons, STEREO, IBEX, and JUNO just to name a few. They’re also being incorporated into many of the upcoming heliophysics missions to study the geomagnetic environment near Earth, such as the Radiation Belt Storm Probes (RBSP) and the Magnetospheric Multiscale (MMS) mission, as well as missions that will get ever closer to the sun, such as Solar Orbiter and Solar Probe Plus.

Paschalidis has led the development of a family of about ten key ASICs that help measure three scientific basics: time of flight, look angle, and energy. Such information helps scientists map out the composition and energy of radiation between the sun and Earth. The most well known ASIC Paschalidis invented – one of two for which he holds patents – is the time of flight chip. It’s a system on a chip that measures time down to a trillionth of a second. Instruments onboard heliophysics experiments need to know time that precisely to help determine the velocity of a particle or to measure its direction of movement. Another ASIC – the energy chip – measures the energy distribution of radiation. A third, engineering focused ASIC called the TRIO chip replaces miles of wiring on spacecraft by digitizing and serializing multiple distributed sensors.

“I worked on Cassini mainly during the flight hardware development phase in the 1990s. There was a big thrust at the time to make innovative low power and small size advanced technology systems that can survive the harsh space environment reliably for a long time. I focused my efforts in design and development from scratch of a set of Application Specific Integrated Circuits (ASICs) and electronics for the MIMI particle instrument suit, led Dr Stamatios Krimigis as Principal Investigator. After a successful development and space qualification the system was integrated in the MIMI instrument and for 20 years now performed flawlessly and produced excellent measurements of particles in the Saturnian magnetosphere” he said at ellines.com

Paschalidis was born was born on February 7, 1963 in Akritohori, Serres, Greece. He attended the Democritus University of Thrace in Xanthi, where he earned his undergraduate degree in electrical and computer engineering in 1985 and his PhD in 1992. For his PhD, he specialized in space science and technology, and his doctorate research was done at The Johns Hopkins University’s Applied Physics Laboratory in Laurel, Md., where first as a post-doc and then a staff member he continued until 2011.

He is a member of the American Geophysical Union (AGU), Member of Institute of Electrical and Electronics Engineering (IEEE), member of American Institute of Aeronautics and Astronautics (AIAA).

The Greeks who participated in the Cassini spacecraft mission 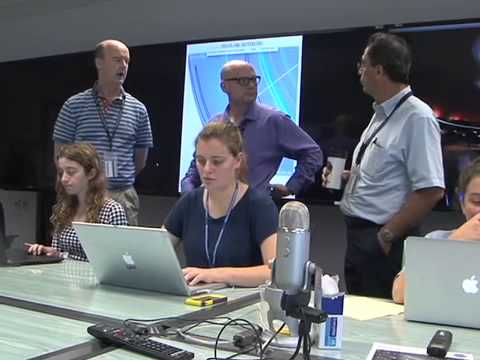