Toli Lerios is a software engineering developer. He was born and raised in Greece. His mother’s origins are from Alexandria and his father’s from Volos. He graduated high school in Greece and chose to start his academic studies at Stanford University in California, although he was also admitted to the MIT.

Thanks to the international computer science awards he had obtained, he was successfully granted a much desired scholarship, as his family wouldn’t afford the cost of his studies in the other side of the Atlantic. Still, while working on his doctorate, he decided to put his academic career on hold and get employed in the industry.

Two of his classmates and future founders of Yahoo, offered Lerios an art director job, but he turned them down and started his career at Silicon Valley, first working for Align Technology, a global orthodontics company.

In 2006, after employment at Sun, Lerios and his wife Christine decided to set up Magnolia Creek eating disorder clinic and three years later they sold share of the business.

Soon after, Facebook offered Lerios a job, where he’s currently one of the head software developers, writing code and building infrastructure. He’s top in developing the social media’s photo uploading software and his main challenge is to ensure long-term storage ability in the minimum possible space as well as wide-range display options in a variety of digital devices.

(Click on the left «PDF» button and read Tolis Lerios interview on ellines.com and Real News) 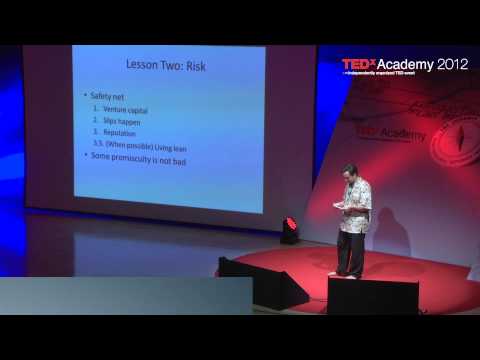