The best writer alive in Sweden

Theodor Kallifatides is a Greek novelist, poet, essayist, playwright, screenwriter and director. He immigrated to Sweden in 1964 and has lived in the country ever since. He has been described as the best writer alive in Sweden and as one of the greatest Swedish intellectuals. He has served as the Director of Swedish Television and in 1995 Sweden assigned him the speech for its national holiday.

Kallifatides was born in the village Molaoi, in Laconia, Greece in 1938. His father was Dimitrios Kallifatides, a teacher originated from Pontus and his mother was Antonia Kyriazakou from Molaoi. In 1946 he and his family moved to Athens where he finished high school and studied in the Karolos Koun’s theatrical school. In 1964 he immigrated to Sweden. He studied philosophy, and has worked as a lecturer at Stockholm University between 1969 and 1972 and then as chief of Bonniers Litterära Magasin between 1972 and 1976.
During his first years in Sweden, he encountered many difficulties and worked at various jobs. “When they fired me from the restaurant I was washing dishes, accusing me of stealing something from the cashier (it had not even crossed my mind), to my surprise there was not even one to say ‘well, how you are so sure that he is the thief?’. The answer was simple. It was not so much that I was a stranger but that I was the strangest, because I had just started working. The others had settled somewhat, had made friendships, etc. and so I was automatically the culprit”, he has stated.

Six years after arriving in Sweden, he learned Swedish so well that he published his first Swedish books, which were warmly embraced. Since then, he has published 40 books in Swedish, eighteen of which are also available in Greek. The last one is the autobiography “One more life”, which was released in December 2016.

Kallifatides made his literary debut in 1969 with a poetry book, but gained recognition mainly through his subsequently published novels. He has published novels, poetry collections, travel essays and plays. He has written film scripts and has directed a film (Kärleken, 1980). He has also translated Greek authors into Swedish and vice versa.

Kallifatides has received numerous awards for his works which usually revolve around memories of his homeland and of being Greek in foreign domains, and his life as a Greek abroad. Almost all his works have been translated and published in more than twenty languages. 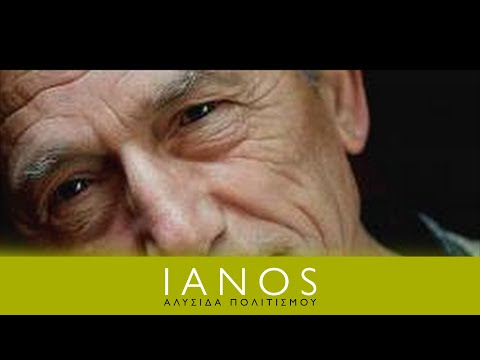