One of the most important researchers in fighting cancer

Leonidas C. Platanias, is Director of the Robert H. Lurie Comprehensive Cancer Center of Northwestern University and the Jesse, Sara, Andrew, Abigail, Benjamin and Elizabeth Lurie Professor of Oncology. He’s known for his work with specific proteins found in blood that have the ability to fight cancer.

He was born and raised in Athens, Greece and moved to the United States, after graduating from the University of Patras medical school, where he also obtained his PhD. He completed his residency in Internal Medicine at the State University of New York, Downstate Medical Center, and a fellowship in Hematology-Oncology at the University of Chicago Hospitals.

“My father was diagnosed with Leukemia when I was a medical student. There were not many treatments at that time. And this is pretty much what drove me in this field” he explained.

Dr. Platanias’s research in molecular biology and biochemistry, spanning more than 20 years and 250 published papers, focuses on signaling pathways in cancer cells and developing therapies that target those pathways to treat malignancies. He is well known for his work involving cytokines, which are specific proteins within the blood that have important links to cancer and other diseases. Another aspect of his work is the therapeutic targeting of signaling cascades that promote leukemogenesis in chronic myeloid leukemia (CML) and acute myeloid leukemia (AML) and over the years has identified several signaling pathways and effectors that are deregulated in leukemic cells.

“Research is rapidly evolving,” Platanias said. “We can have new tools that change the way we treat cancer patients… We have plans to bridge basic science and clinical care.”

He established his own laboratory working on cytokine signaling pathways in malignant cells in 1992 at Loyola University Chicago. From 1996 until 2002 he was at the University of Illinois in Chicago (UIC), initially as Associate Professor and subsequently as Professor and Chief of the Division of Hematology-Oncology.

Among his many career honors, Dr. Platanias received the 2013 Seymour & Vivian Milstein Award for Excellence in Cytokine Research. The Milstein Award represents the pinnacle of scientific achievement in cytokine and interferon research.

Asked if he is optimistic about finding an effective cancer treatment for years to come, his response was very measured.

“I am optimistic but also a pragmatist. Science is unifying. All researchers from wherever they come are valuable and no one is left over. Research is teamwork and usually produces fruit. When this happens, it’s unknown.” 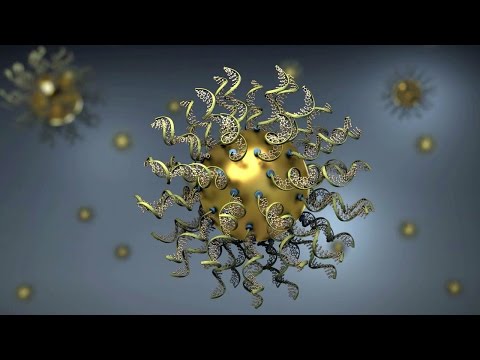