Asimina Arvanitaki is the first woman to hold a research chair at the Perimeter Institute for Theoretical Physics. The Greek scientist is one of the best-funded academics in Canada. She has won the prestigious New Horizons in Physics Prize for 2017, was recognized for her pioneering work that bridges theory and experiment to forge novel ways of exploring particle physics.

Arvanitaki was born in Greece.  Her father’s village is Kokla of Messinia and she lived there until she was 14 years old. She went to school at Kopanaki, which is five kilometers from Kokla and then went to Kyparissia where her parents live until now. She did her undergraduate work at the University of Athens and continued to a graduate degree at Stanford University in California.

“When I became a grad student in theoretical physics at Stanford University, I think I may have been the only female student at the time in that field,” she stated in a recent interview.
Before the Perimeter Institute, she was a research associate at the Stanford Institute for Theoretical Physics. She has described her research as broad and interdisciplinary, testing theories that are beyond the Standard Model, including supersymmetry, dark matter, and extra dimensions.

The Greek scientist joined Perimeter Institute in 2014. Her Chair is named after Aristarchus, an ancient Greek mathematician and astronomer who proposed the first-known model placing the sun at the centre of the solar system.

“I’ve worked at places like Berkeley, Stanford, I’ve visited CERN every summer, but Perimeter was, I have to say one of the institutions, it’s not the first institution, where I felt like as a researcher my possibilities were endless. If I had an idea in my head and I wanted really to do something, someone would help me achieve that. I feel the environment here is just intoxicating” Arvanitaki said.

She will spend her five-year term, furthering her own cutting-edge work and contributing to education and training for young people in Greece.

“All I can say, as someone who comes from a small village in Greece, this is something I never dreamed of,” said Arvanitaki, who becomes the first woman to hold a research chair at Perimeter. “The only thing I can honestly say is thank you. Thank you for the privilege of making me part of the team that tries to help Greece in such a time of need.”
Neil Turok the Director of Perimeter Institute described Asimina Arvanitaki as an exceptional scientist, and an “unusual” particle physicist.

“We recruited Mina precisely because she is a very unusual particle physicist who is literally trying to bring in the next paradigm of theory testing, involving totally original experimental designs which will add to the knowledge that colliders can give us in completely new ways, specially employing highly precise quantum measurement technology,” the Director of Perimeter said.

Dr. Arvanitaki has made several publications among them are: “The Sound of Dark Matter: Searching for Light Scalars with Resonant-Mass Detectors”, “The Last Vestiges of Naturalness”, “Detecting high-frequency gravitational waves with optically-levitated sensors” and ” Phenomenology of TeV Little String Theory from Holography “. 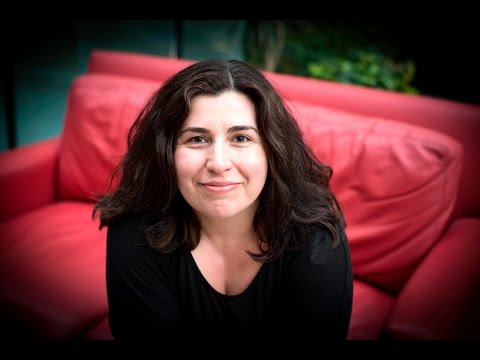