Michael Basil Cosmopoulos is an archaeologist and Professor in Greek Studies at the University of Missouri-St. Louis. He is also the Hellenic Government-Karakas Foundation Endowed Professor of Greek Studies.

He is an anthropologically trained classicist and archaeologist specializing in ancient Greek religion, Social and Cultural Memory and state formation in ancient Greece, especially the Mycenaean world.

He is the director of the excavations of the Athens Archaeological Society at Iklaina in Pylos, a Fellow of the Academy of Science (St. Louis), a member of the European Academy of Sciences and Arts, and a National Geographic Society Explorer.

In March 2017, he was inducted into prestigious European Academy of Sciences and Arts. The ceremony took place in the Great Hall of the University of Salzburg. The induction puts Cosmopoulos, among the ranks of top scholars and scientists including 33 Nobel Prize winners and one pope, Benedict XVI.

Professor Cosmopoulos said: “election to the Academy is an honor, in the sense that it represents recognition of my work. At the same time it also carries a great deal of responsibility, as it necessitates continued and active participation in the Academy’s efforts for the advancement of interdisciplinary research.”

He has excavated at several ancient sites in Greece and Ukraine, including Mycenae, Pylos, Epidauros, Ancient Corinth, Ithaca, Oropos, and Olbia.

As of August 2001, Dr. Michael Cosmopoulos is the Hellenic Government-Karakas Foundation Endowed Professor of Greek Studies and Professor of Classical Archaeology with the Department of Anthropology at University of Missouri-St. Louis.

He has organized many educational – archaeological projects in Greece (Oropos, Eleusis, Iklaina), and he has trained over 2,000 students in Greek archeology.

He has also been a major player in the promotion of Greek Studies in North America. In 1993, in close cooperation with the Consulate General of Greece in Toronto and the Pan-Macedonian Association of Ontario he founded the Pan-Macedonian Association of Manitoba, of which he served as first president. In 1995 he founded the Centre for Hellenic Civilization of the University of Manitoba, the only university center in Canada, dedicated to the study of ancient, medieval, and modern Greece. In 1998, he established the Canadian Committee for the Restitution of the Parthenon Marbles.

In the US he built the Greek Studies Program at the University of Missouri-St. Louis and established the Nicholas and Theodora Matsakis Greek Culture Center.

He has organized several international conferences, public lectures, and events to inform the Canadians and Americans on Greek culture. He has given over 300 lectures on Greek archeology in Canada, USA, Greece, Germany, and Great Britain.

He has published 15 books and more than 100 articles and scholarly papers on the social, political, and cultural history of ancient Greece.

For his research accomplishments he has been awarded the Canada Rh Award for Outstanding Contributions to Scholarship and Research in the Humanities. He has also received numerous teaching awards, including the Archaeological Institute of America Award for Excellence in Teaching. 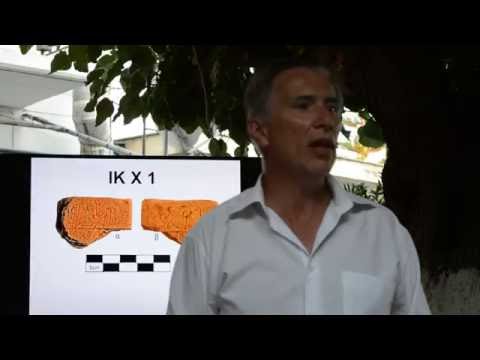