George Scangos is the chief executive officer and a member of the Board of Directors of Vir Biotechnology. He currently serves on the Boards of Directors of Agilent, Exelixis, and Decibel Therapeutics. Prior to this position, he was CEO at Biogen Idec, an American multinational biotechnology company based in the United States.

In early January 2017 it was announced that a new company, Vir Biotechnology, will be led by George Scangos. The company will be funded with a still-undetermined sum of hundreds of millions of dollars. The Bill & Melinda Gates Foundation, seeking new solutions for scourges like HIV and tuberculosis, will be among its biggest backers. Vir brings together cutting-edge innovations with leading scientific expertise and management to take on some of the world’s most challenging infectious diseases for which solutions are non-existent or inadequate.

G. Scangos grew up in the Greek neighborhood in Lynn, Massachusetts as his paternal grandparents had immigrated from Greece, and then moved with his parents to Connecticut when he was in elementary school. He received his B.A. in Biology from the Cornell University in 1970. He then completed his Ph.D. in Microbiology at the University of Massachusetts Amherst in 1977. He started working as a professor of biology at Johns Hopkins University.

In 1987, he joined Bayer and held various positions, including senior Vice President of Research and Development, and President of Bayer Biotechnology. He was responsible for research, business development, process development, manufacturing, engineering and quality assurance of Bayer’s recombinant products. He left Bayer in 1996.

Scangos then worked in Exelixis Inc., where he served as President and Chief Executive Officer (CEO) since October 1996. He was in charge of raising money, recruiting talent and switching strategy when it became clear that selling information wasn’t as good a business as developing drugs.

In July 2010, he joined Biogen Idec as CEO and remained in that position until 2016. During those six years, he more than doubled the revenues and over-tripled the company’s profits.

He served as the chairman of the Pharmaceutical Research and Manufacturers of America board. from March of 2016 to January of 2017. He also served as the chair of the California Healthcare Institute in 2010 and was a member of the board of the Global Alliance for TB Drug Development until 2010. He is a member of the boards of trustees of the Boston Museum of Science and the Biomedical Science Careers Program, and a member of the National Board of Visitors of the University of California, Davis School of Medicine.

George Scangos was included in The Power List 2016, featuring the Top 100 most influential people in the world of drug development and manufacture. He has been named as one of the world’s ten best performing CEO’s by Harvard Business Review in 2015 as Biogen Idec was ranked as the most sustainable company in the world, beating out 4,600 companies with a market cap of over $2 billion. 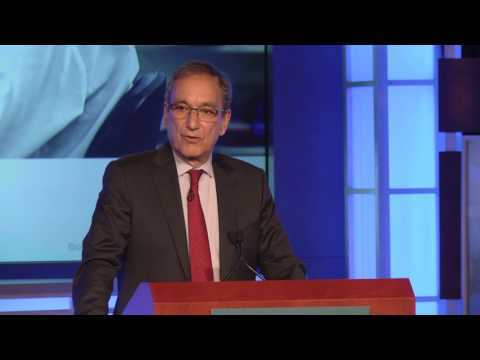