A pioneer in the business market in the Balkans

Jean Valvis is a Greek businessman. He owns Valvis Group in Romania. He is the President and General Manager of Valvis Holding and Vice-President of AOAR (The Romanian Entrepreneurs’ Association).

They call him “Mr Dorna”, as he was the man behind the iconic advertisement of Dorna water, which went viral in our Greece. Even today, we use the phrase from the ad “You don’t drink water, you drink velvet!”.

The guiding principle of Valvis Holding, tracing its development path as from the first day of its establishment, is “environmentally friendly business”. In other words, “eco business”. Being a staunch supporter of green farming, Valvis Holding has set as a target to turn the Carpathians into an ecological farming center, and it has reached its goal.

Jean Valvis was born in July 16, 1954 in Athens, Greece. His grandfather, Yannis, was born in Santorini and left the island in 1905, to go to Africa. Jean Valvis’ father was born in Sudan and Jean grew up between Jeneva, Athens and Bucharest.

The industrial and business activity of Valvis Holding was launched in 1994 with the establishment of DORNA APEMIN SA, a joint venture company with Greek, Romanian and Swiss equity participation. Its scope of activity covered the naturally sparkly natural mineral water gushing out of the Dorna spring to be found in an area which bears the same name. It goes without saying that the trading name of this water could not be other than “Dorna”. During 1996-1999, three mineral water brands have been created (on three different sites Dorna, Poiana Negri and Izvorul Alb) in Vatra Dornei, Suceava County. The Valvis Holding Group has operated and developed its activities in industrial processing of agricultural products and in the dairy industry since 1998, when the first green field milk processing plant was built near Dorna Candreni, Suceava County. The company, the commercial rights on the source and the brand were sold to The Coca Cola Company, in 2002.

As from its establishment, Dorna Lactate SA had focused on green development. Thus, in 2000, the certification procedures for organic farming in the pristine areas of the Carpathian Mountains were initiated and the production and dairy farming under the “LaDORNA BIO” brand name started later on. Shortly afterwards, the Group decided to invest in EUROFARMS, a program supporting organic farmers, in order to offer more organic milk of premium quality. The Group chose the Carpathian Mountains since there are thousands of square kilometres of hills and plateaus which, because of the geographical settings and economic scarcity (there were no tractors or money for fertilizers and pesticides), have not been touched by any misconceived technical achievements. This is where free grazing cows produce organic milk, supervised by hundreds of small producers. Both their animals and the whole production process are, controlled by the largest certification organization for organic products in Europe, “BCS ÖKO GUARANTIE” established in Nuremberg Germany. The irrefutable witness to the absolute purity of this land is nature itself: wild bears and wild boars live in the Carpathian Mountains, showing that chemicals have not spoiled it.

LADORNA GROUP became one of the top leading businesses that make a difference in the foodstuff industry in Romania, while LaDORNA brand name acquired an excellent reputation, on both local and international markets. Its success story attracted the French multinational company, Lactalis Group, which acquired Dorna Lactate S.A. in 2008.

The company’s success paved the way for its dairy industry launching. In 2005 DORNA HELLAS took on import and distribution of LaDORNA organic milk, produced by LaDORNA Group of Romania. Shortly after, Dorna Hellas S.A. made of LaDORNA organic milk the leader in Greek organic milk market, surpassing all difficulties in the sector. Before 2007 was over, following a series of profitable trade agreements, Dorna Hellas enhanced its position on the dairy market, and committed itself to offer high quality dairy products of real nutritional value, while its ultimate goal remained to contribute to a more natural, healthier, better and well-balanced daily diet. In 2008, Dorna Hellas S.A. was acquired by the French group Lactalis S.A., as an integral part of Dorna Lactate S.A.

Samburesti is a blessed land protected by the Carpathian Mountains and the Olt River. This land has been inhabited and cultivated since ancient times. It is by far the region with the longest historical tradition in wine production, especially for the Cabernet Sauvignon variety. Other varieties produced in the area:Sauvignon Blanc, Chardonnay, Merlot and Feteasca Neagra.

Like many other state owned companies, Viti Pomicola Samburesti winery, was shaken by the turbulent transition period of 1990-2005. It knew a long period of decline, detrimental management, permanent lack of development funds and continuous internal fights among its shareholders. All these impaled the company’s image and the Samburesti wine was almost completely forgotten. In 2005 Valvis Holding Group started to invest in Viti-Pomicola Samburesti, which covers an area of 500 hectares of vineyards and 500 hectares of fruit trees. With an investment program of more than 14,5 million euros, the Samburesti wine came back to life. The whole vineyard area was upgraded, the wine making complex was renovated, a new modern bottling line was built and a standard irrigation system was made available.

This investment, worth 9 million euros, was earmarked for the restoration of the wine’s legacy. The cellar was completely renovated, more than 4 million were invested in the production line, storage and bottling equipment.  An additional 1,5 million euros investment was made in the renewal of the agricultural machinery fleet.

The Samburesti wine won international recognition in the past. It is considered to rank among the best red wines in the world, title won for the first time in Paris in 1891.  Since then, it has attracted 47 gold and 30 silver medals in international wine competitions. A whole range of wines launched in 2009, covering the following varieties: Cabernet Sauvignon, Sauvignon Blanc, Feteasca Alba, Chardonnay, Merlot were launched.

In 2009, only seven years after the sale of Dorna naturally sparkling natural mineral water to Coca Cola, Valvis Holding Group started to operate again in this business sector, building “AQUA Carpatica”, Premium brand, targeting Romanian as well as international market. AQUA Carpatica is the purest naturally sparkling natural mineral water in the world. This high quality water has no equal. In only 5 year from launching, AQUA Carpatica is the best selling and growing flat mineral water on the market. The absence of nitrate and nitrogen dioxide is the main characteristic of this unique, exceptional water.

On the international market, it will be available in restaurants and other four star catering places where water is treated more like wine and its flavor is much appreciated.

As part of the integrated Eco Business philosophy, Valvis Holding develops the organic cereals farming under the LaDORNA brand name (LaDORNA Cereals), on the Danube Island near Calarasi (border with Bulgaria), where the Group is controlling over 8000 ha agricultural land.

Valvis Holding Group has already begun negotiations on an investment in Greece, developing renewable energy sources such as photovoltaic and wind energy. Valvis Holding is controlling via one of its subsidiaries a land of over 8000 ha agricultural field on one of the Danube islands near Calarasi, on the Bulgarian border. The island will accommodate the energy crops cultivation together with the solar panels and biomass power plant.

For a decade, the 3rd generation Greek businessman from Santorini, conducted detailed research to find that this discovery brought a unique finding: the only water in the world with zero nitrate (carbonated) or almost zero nitrate (simple) .AQUA Carpatica has remained unchanged, pure and undamaged for centuries, without additives, without flavor enhancers, without artificial carbonate or processing. Just as natural mineral water should be. 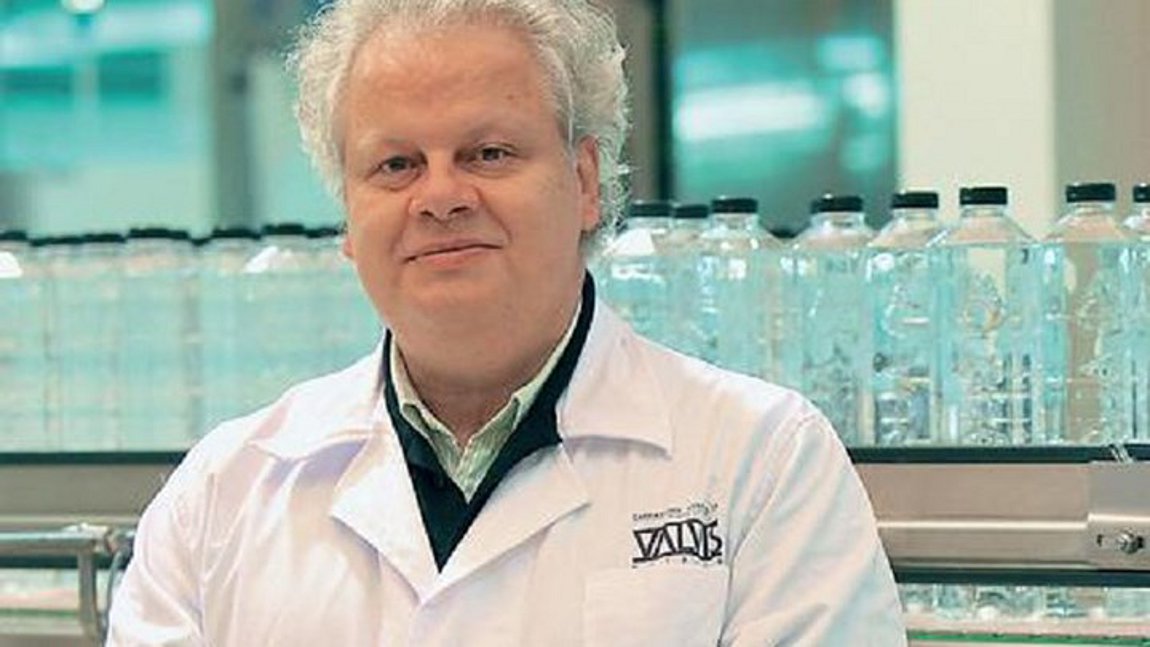 “We believe that nature must be preserved unaltered and we are committed to protecting natural resources. At AQUA Carpatica we use state-of-the-art, environmentally friendly technology to export our waters responsibly. “We have worked closely with local authorities to implement an environmental protection plan which we have implemented, ensuring that the land around the springs is not contaminated and is not affected by any human activity.”

Valvis Holding’s guiding principle, which has guided its development since its inception, is that it is an “environmentally friendly” company. In other words, it is an “ecological enterprise”. An ardent supporter of green agriculture, Valvis Holding has set itself the goal of turning the Carpathian Mountains into an ecological agricultural center, and it has achieved its goal.

AQUA Carpatica has chosen to bring to Greece its products from specific sources from the Carpathian Mountains that have microbiological and chemical purity, but also meet the criteria of a very delicious water. In the sources of AQUA Carpatica you will not find any aftertaste (bitter, sour, salty or licking). The taste of AQUA Carpatica is sweet, cool, enjoyable, light and unique.

This particular  taste, has made loyal fans from the first moment they tasted it. A proposal that is an ideal choice even for the young baby ages, as its composition makes the mineral water of AQUA Carpatica ideal for infants, young children, pregnant mothers and nursing mothers, due to the low content of minerals (oligometallic) and almost zero Nitrate content.

In the context of corporate social responsibility of the Group, several actions have been taken to help society sectors in need.

-Children with Disabilities UNICEF Program
Having special consideration for the children with special needs, the Group has fostered this relevant UNICEF program since 2002.

-Regular financial support for old people living in Greek communities in Romania, since 2000 until nowadays

-CRINA Foundation Program : A program involving donation of dairy products, on a monthly basis, for the children of CRINA foundation. The Group’s contribution started in 2006.

-EUROFARMS program, Romania: Social contribution to the drawing up and submission of a bill, which was adopted by the Romanian Parliament to grant subsidies to farmers and growers to join the EUROFARMS program. OUP.

He was Vice President to the Romanian professional football club, Rapid, for a short period of time. 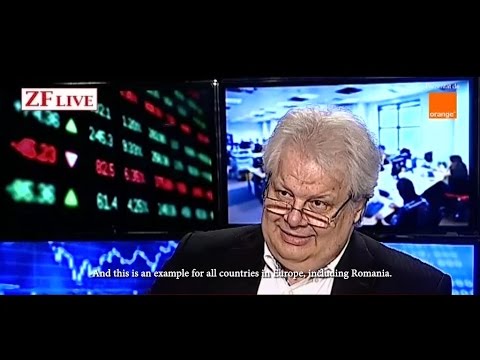