On the list with the world’s most powerful celebrities

Jennifer Aniston was born in Sherman Oaks, Los Angeles. Her Greek full name is Genovefa Anastasakis. Both her parents, John Aniston and Nancy Dow, are actors. Her Greek father was born on the island of Crete by the name Ioannis Anastasakis, while her mother has Italian Scottish origins. Actor Telly Savalas, one of her father’s best friends, was Jennifer’s godfather. As a child, she had lived in Greece for one year with her family, before they decided to relocate to New York where she grew up. For a short period, she worked in various part-time jobs as a waitress or a bike messenger.

In 1987, Jennifer graduated from Manhattan’s High School of Performing Arts and made her theatre debut. Her fist TV appearance came in 1990 in the series Molloy, but her star shone brightly with her part in the TV series Friends. She gained reputation performing the role of Rachel Green, which earned her numerous awards, such as the Golden Globe and the Emmy. Ranked as the sexiest female character in the series, Aniston signed a deal with L’Oreal as their exclusive hair model and made millions of women all over the world wanting to adopt her hairstyle.

In 1987, she met with Brad Pitt and soon after they both made their way into the list of most favourite couples in Hollywood and internationally. They got married in 2000, but their relationship ended with a divorce five years later.

In 2010, Jennifer Aniston landed in number 8 of the World’s Most Powerful Celebrities list of Forbes magazine, with personal earnings rising up to $25 million. In 2011, she got engaged with actor Justin Theroux. 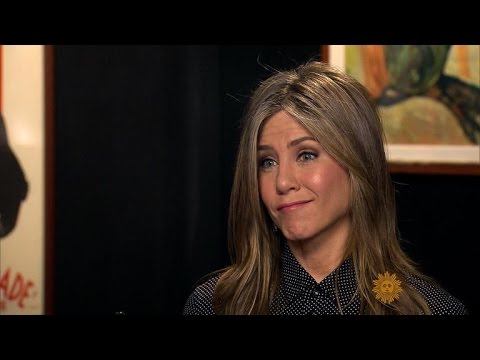