A legend in the pharmaceutical industry

Pindaros Roy Vagelos, better known as P. Roy Vagelos or Roy Vagelos, is a doctor with the ability to turn scientific research into commercial blockbuster success.

Roy Vagelos was born October 8, 1929 in Westfield, New Jersey and is a son of Greek immigrants. Dr. Roy Vagelos, earned his B.S. in chemistry from the College of Arts and Sciences at the University of Pennsylvania and his medical degree from the Columbia University School of Medicine.

Upon completion of his internship and residency at the Massachusetts General Hospital, Boston, he joined the National Institutes of Health in Bethesda, where he served as Senior Surgeon and then Section Head of Comparative Biochemistry from 1956 to 1966.

It was during this time that he started his fundamental research on lipid metabolism and discovered the acyl-carrier protein (ACP), a key factor in this process.

Dr. Vagelos moved from the medical into the academic arena to assume the chairmanship of the Department of Biological Chemistry in Washington University’s School of Medicine, St Louis, where he founded and became Director of the University’s Division of Biology and Biomedical Sciences. In so doing, he established an unprecedented model for the fusion of a Medical School with an undergraduate Department of Biology, a model that many other universities were soon to emulate.

In 1975, he left academia to join Merck, which he led with great distinction both as a scientist and visionary corporate leader, first as Senior Vice President for Research, and then starting in 1984 as CEO. Dr. Vagelos is perhaps best known for his role in two major objectives. Not only was he the lead scientist in Merck’s development of the statin drugs, Lovastatin and Zocor, cardiovascular protective and remediative agents that serve to decrease blood cholesterol levels by inhibiting HMG-CoA reductase, but he was also the key advocate in Merck’s decision to make Ivermectin freely available to the people of Africa and Central America for the treatment of river blindness, what was a widespread, chronic and debilitating disease disseminated by black flies.

At the peak of his leadership in the 1980s and early 1990s, up until his retirement from his position as CEO and Chairman of the Board in 1994, Merck was considered to be the world’s leader of the pharmaceutical industry.
Dr. Vagelos is the author of more than 100 scientific papers and an elected member of the National Academy of Sciences (of which he is also a member of the Institute of Medicine), the American Academy of Arts and Sciences, and the American Philosophical Society.

For his seminal work on ACP and leadership of Merck, Dr. Vagelos was awarded the American Chemical Society’s Enzyme Chemistry Award in 1967, the National Academy of Science’s Chemistry in Service to Society Award in 1995 and was inducted into the National Business Hall of Fame in 1995. In 1998, the School of Arts and Sciences bestowed upon him its Distinguished Alumni Award in recognition of his lifetime achievements in the sciences and humanities and in 1999 he was honoured by the Franklin Institute with the Bower Award for Business Leadership for his role in eradicating river blindness.

His philanthropic activities are rich and varied and continue to span academia through medicine to industry.
He is chair of the Columbia University School of Physicians and Surgeons Development Campaign and of the board of directors of Regeneron Pharmaceuticals, co-chairman of the New Jersey Performing Arts Center, a trustee of The Danforth Foundation, Inc. and a director of PepsiCo, Inc., the Prudential Insurance Company of America, The American School of Classical Studies at Athens, the Estee Lauder Companies, Inc. and a former director of McDonnell Douglas.
At Penn (University of Pennsylvania), Dr. Vagelos has served on the board of trustees from 1988 until 1999, of which he was chair from 1995 to 1999, as well as chair of the trustees executive and nominating committees and is a member of the undergraduate financial aid committee and the Agenda for Excellence Council. Upon his retirement from the Board, he was named trustee emeritus. 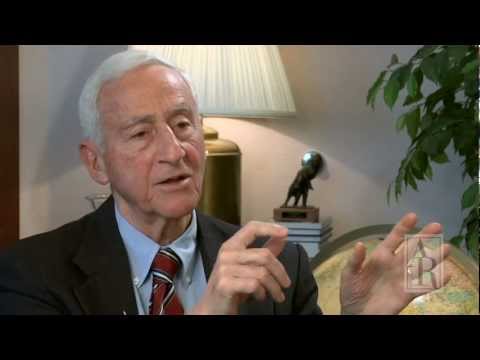