A pioneer in the Prostate Cancer Therapy

Dr. Christopher J. Logothetis is internationally recognized for his research in prostate cancer, with new combinations of cytotoxic drugs and preoperative gene therapy.

He was among the first to test chemotherapy agents at a time of general skepticism that chemotherapy would be useful in advanced prostate cancer. His research experience preceded the development of effective chemotherapy and extends to the current era of molecular targeted therapies and classification of cancer.

The addition of 2nd generation androgen-deprivation therapy (ADT) has resulted in an increased knowledge of androgen’s roll in prostate cancer. So, throughout the course of the prostate cancer, links have been developed even in areas where androgen was not previously thought to play a role.

This means the use of more therapies against prostate cancer such as bone targeted therapies, radiopharmaceuticals, immunotherapy, chemotherapy, and new ADT agents. The onslaught of new agents demands an understanding of how to optimize in combinations. In some settings combinations enhance each drug, but in others there is a negative effect. Logothetis goal is to create a new database, that will enable the physicians to know how and when to use these drugs effectively.

He received his medical degree from the University of Athens, Greece in 1974 and completed his internship and residency training at Cook County Hospital in Chicago. 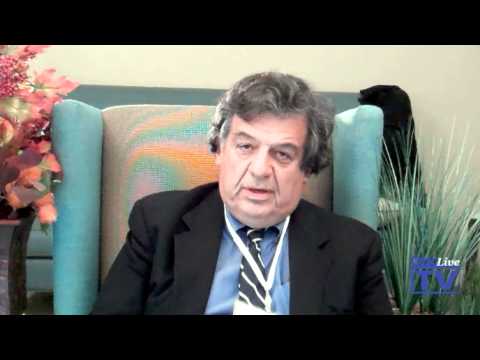