Manager of Nanoscience and Nanotechnology in IBM

Phaedon Avouris is an IBM Fellow and Manager of Nanoscience and Nanotechnology. He is also one of the “bright minds” mentioned in the 2015 and 2016 Thomson Reuters’ list with the scientists that affect their field of expertise to a great extent. He was born in Athens in 1945, but his father was born in the island of Zakynthos and his mother in the island of Amorgos.

Avouris has been a top-ranking scientist in the nanoscience and nanotechnology field. He pioneered the use of scanning tunneling microscopy and spectroscopy to study surface chemistry on the atomic scale, and establish the relation between chemical reactivity and local electronic structure. He demonstrated device-like behavior on the atomic scale, observed electron confinement and interference effects at surfaces. He also manipulated covalently bonded atoms with atomic precision. More recently, Avouris has made critical discoveries, both experimental and theoretical, on the electronics and photonics of carbon nanotubes (CNT) and graphene, and has laid the foundations of future carbon-based nanotechnology.

Dr. Avouris received his B.Sc. Degree in Chemistry at the Aristotle University of Thessaloniki, Greece, and his Ph.D. degree in Physical Chemistry at Michigan State University in 1974. He did postdoctoral work at UCLA, and was a Research Fellow at AT&T Bell Laboratories before joining the staff of IBM’s Research Division at the Watson Research Center in 1978. In 1984, he became manager of Chemical Physics, and in 2004, he was elected an IBM Fellow. He is currently Manager of Nanoscience and Nanotechnology. He has also been an adjunct professor at Columbia University and the University of Illinois. He has published over 360 scientific papers.

He has been elected member of the American Academy of Arts and Sciences (2003) and the Academy of Athens (National Academy of Greece) (2005). He was elected fellow of the American Physical Society (1987), the Institute of Physics of the U.K. (2004), the IBM Academy of Technology (2004), the American Association for the Advancement of Science (1996), the New York Academy of Sciences (1999), the American Vacuum Society (1997), and the World Technology Network (1999). He has received many awards, including the APS Irving Langmuir Prize for Chemical Physics (2003), the AVS Medard W. Welch Award for Surface Science (1997), the Julius Springer Prize for Applied Physics (2008), and the Richard Feynman (1999) and ACSIN (2001) Nanotechnology Prizes. He has also received many IBM Corporation “Outstanding Technical Achievement” awards, and Michigan State University’s Distinguished Alumnus Award (2001). He serves on the editorial boards of a number of journals and book series.

When asked at a past interview for Imerisia to comment on the greek crisis and how Nanotechnology could help, he answers: “First of all we are facing a problem of mentality. We have to look ourselves in the mirror and understand who we really are and what the world is like today, what is our future. We keep talking about the bail out programs and the money we will receive or not. This of course is very important, but it doesn’t give a solution for the future. Our country needs a plan in which we can focus and work… It’s not a matter of Nanotechnology, it’s a matter of focusing to a plan and to creating software or services that do not require huge funding”. 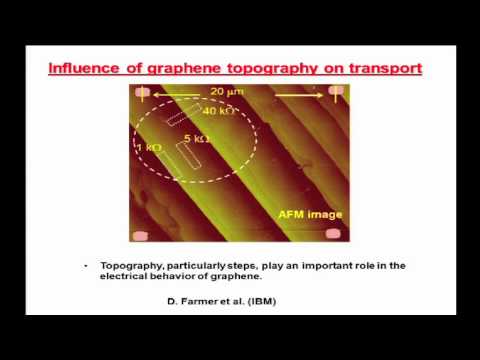