Antonios Mikos is an expert in bioengineering, chemical and biomolecular engineering, he is a Louis Calder professor at Rice University and is considered among the top most cited researchers in his field. He is one of the 27 Greeks in the Thomson Reuters list with the world’s most influential scientific minds 2015.

In June 2016, Antonios Mikos has been elected to the Academy of Athens – Greece’s national academy and highest research establishment – as a corresponding member in the Section of the Sciences.

“Professor Mikos holds international acclaim as a global pioneer in the application of fundamentals of engineering and biological sciences toward the development of biomaterials for a wide variety of medical uses,” the academy noted. “His exceptional research productivity is clearly reflected by his authorship of more than 550 scientific publications, which collectively have garnered over 49,000 citations.”

Mikos’ research focuses on the synthesis, processing and evaluation of new biomaterials for use as scaffolds for tissue engineering, as carriers for controlled drug delivery and as non-viral vectors for gene therapy. Many novel biomaterials made for orthopedic, dental, cardiovascular, neurologic, and ophthalmologic reasons were result of his work.

He started his education in Chemical Engineering at the Aristotle University of Thessaloniki, in Greece. Mikos finished his MS. and his Ph.D. on the same field at the Purdue University in 1985 and 1988 and was a Postdoctoral Fellow at the Massachusetts Institute of Technology, in Harvard Medical School from 1990 to 1991.

“We are investigating bone regeneration and repair using a biodegradable polymer scaffold either by inducing bone tissue growth post-implantation or by seeding the scaffold with bone cells prior to implantation” he explains.

He and his group, Mikos Research Group, are working in various fields. They develop new rapid prototyping processing methods for manufacturing 3-D biodegradable polymer scaffolds of anatomical shapes with precise architecture, they investigate the controlled release of growth factors from polymeric scaffolds to induce regeneration cascades in bone and cartilage, they investigate the bone regeneration and repair using a biodegradable polymer scaffold and they fabricate novel nanocomposites using nanoparticles and single-walled carbon nanotubes as reinforcing agents to improve mechanical properties of scaffolds for bone tissue engineering. Also they synthesize new biomimetic materials that exhibit the mechanical responsiveness and biochemical processing capabilities of living cells and tissues and fabricate injectable, in situ polymerizable, biodegradable composite scaffolds as carriers for bone and cartilage cells to improve the quality of tissue formed in localized areas after injury.

Mikos has received numerous awards for his research. Some of them are the Edith and Peter O’Donnell Award in Engineering of the Academy of Medicine, the Engineering and Science of Texas, the Marshall R. Urist Award for Excellence in Tissue Regeneration Research of the Orthopaedic Research Society, the Distinguished Scientist Award – Isaac Schour Memorial Award of the International Association for Dental Research and the Distinguished Engineering Alumnus Award of Purdue University. He has been cited over 52,000 times and has an h-index of 121. 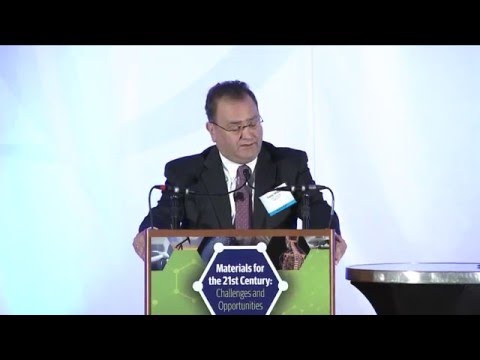