He created the artificial heart

George Hatsopoulos is a legendary inventor, entrepreneur and founder of high-tech giant Thermo Electron Corporation. He was one of the top professors in MIT and the one that developed the thermionic converter and the artificial heart. He is  globally known for his work in thermodynamics. He is the Chairman and CEO of Pharos LLC, an organization devoted to creating new leading-edge technologies.

Hatsopoylos was born on the 7th of January 1927 in Athens, Greece. He attended Athens Polytechnic before entering MIT, where he was awarded the degrees of Bachelor of Science and Master of Science in 1950, and the professional degree of Mechanical Engineer in 1954, gaining his Doctorate of Science in 1956. In 1965, he and Joseph Keenan published their famous textbook Principles of General Thermodynamics, which restates the second law of thermodynamics.

In 1976, Hatsopoulos also contributed to a pioneering formulation of a unified theory of mechanics and thermodynamics, which can be viewed as a precursor of the emerging field of quantum thermodynamics.  Their textbook Principles of General Thermodynamic became very popular. Their idea on converting thermal energy to electric was used in the function of spaceships by Americans and Russians.

His early years are quite interesting, due to the fact that when he was growing up, there was a war and Greece was under the German occupation. When he was 14 years old he manufactured in the house basement his first radio in order to listen to the frequency of BBC. Good thing he kept it to himself, because such a manufacture was illegal in those days, and if the Germans had found out, him and hif family would have been shot. Of course when he told that to his father, he was grounded.

In the footsteps of Thomas Edison, who founded General Electric, Hatsopoulos chooses the States for his PhD studies, with a scholarship from the National Technical University of Athens, and eight years later founds his own company by the name “Thermo Electron”, in order to develop his idea on transforming thermal energy into electric.

“When I presented my idea to the United States Atomic Energy Commission they had a good laugh, but I wasn’t disappointed. Thank god I had a huge help from the people of MIT, and thaks to them I was able to carry on and succeed”, says Hatsopoulos at Kathimerini.

His company was also recognized in the medical field, with inventions such as the artificial heart. Thermo Electron became a major provider of analytical instruments and services for a variety of domains under the development of George Hatsopoulos, John Hatsopoulos, and Arvin Smith. In 1965, George Hatsopoulos was president of the Thermo Electron Engineering Corporation and Senior Lecturer in Mechanical Engineering at MIT.

In 1996, Hatsopoulos won the John Fritz Medal, which is the highest American award in the engineering profession and presented each year for scientific or industrial achievement in any field of pure or applied science. In 1997 he was awarded the 3rd Annual Heinz Award in Technology, the Economy and Employment. Mr. Hatsopoulos is also a recipient of The International Center in New York’s Award of Excellence. In 2011, along with Arvin Smith and John Hatsopoulos, he was awarded the 2011 Pittcon Heritage Award from the Chemical Heritage Foundation.

In 2000, the Hatsopoulos Laboratory for Micro-Fluid Dynamics was created at MIT.

“Infrastructure and mentality is what makes the difference in American universities. Original ideas are rewarded and there is great help for researchers. Research is supported at every level, unlike Greece or other european countries”, says Hatsopoulos.

George Hatsopoulos has served on the board of the Federal Reserve Bank of Boston, including a term as chairman. In addition, Dr. Hatsopoulos has served as a member of the U.S. Security and Exchange Commission’s Advisory Committee of Capital Formation and Regulatory Processes and the Advisory Committee of the Export-Import Bank of the United States. 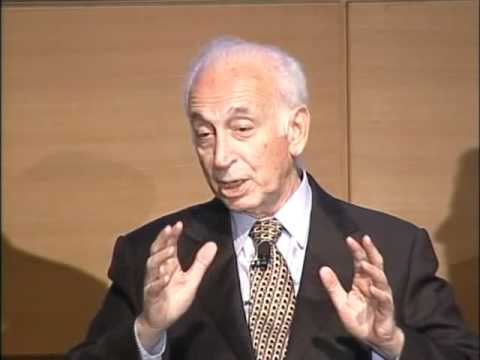