Andrew N. Liveris is the Executive Chairman of DowDuPont, a $73 billion holding company comprised of The Dow Chemical Company and DuPont with the intent to form independent, publicly traded companies in agriculture, materials science and specialty products sectors. As executive chairman, Mr. Liveris will have lead responsibility for chairing the DowDuPont Board and, together with the DowDuPont CEO, is jointly responsible for quickly integrating the companies, capturing anticipated cost and revenue synergies and working to operate as independent divisions as soon as possible. Mr. Liveris also serves as Chairman and Chief Executive Officer of The Dow Chemical Company. He is responsible for the Materials Sciences Division of DowDuPont and Chairs the Materials Sciences Advisory Committee.

Liveris was born on 5 May 1954, in Darwin, Australia and is the grandson of a Greek migrant who came to Darwin on a trading ship in 1915.

“I am a proud Greek. Though I was not born on the banks of the Aegean or on the shores of the Mediterranean, I come from a country that enjoys its beaches and likes its meat on a skewer — that country is Australia. There are millions of Greeks like me around the world, born overseas but drawn to our homeland. We grew up hearing stories from our parents and grandparents about our heroes and our history. And no matter our heritage, our accent, or our current address, we feel a special connection to Greece,” he said.

He attended the University of Queensland in Brisbane, graduating with a bachelor’s degree in Chemical Engineering.

Liveris’ 39-year Dow career began in 1976 in Melbourne, Australia. Since then, his career has spanned the continents of Asia and North America, with roles in manufacturing, engineering, sales, marketing and business and general management.

He became the CEO of the company in 2004 after the board of directors unanimously selected him in part based upon his plan to transform Dow.

His plan called for Dow to reinforce its core strengths in providing its clients with customised chemicals, plastics and advanced materials, including electronics and agricultural products such as genetically improved seeds. The plan also called for reducing Dow’s exposure to commodity chemical and plastics, which were subject to competition especially from new entrants from the Middle East and Asia, who benefit from cost advantages.

During a decade as Dow’s CEO, Liveris has led the Company’s transformation from a cyclical chemicals manufacturing company into a novel enterprise – one powered by science, driven by innovation and delivering solutions to the world.

Liveris is the author of “Make It in America”, a book which presents a comprehensive set of practical policy solutions and business strategies to achieve the Company’s vision of an «Advanced Manufacturing» economy and served as Co-Chair of U.S. President Obama’s Advanced Manufacturing Partnership steering committee.

In addition to his work at Dow, Liveris’ breadth of experience and expertise is broadly represented across business, government, academic and non-profit sectors.

He sits on the Board of Directors of IBM, is Vice Chair of the Business Roundtable, an Executive Committee Member and Past Chairman of the U.S. Business Council, and a member of the U.S. President’s Export Council and the Australian government’s Industry Growth Centres Advisory Committee.

Liveris serves on the Board of Trustees for the Herbert H. and Grace A. Dow Foundation, California Institute of Technology and the United States Council for International Business.

In 2012, Liveris co-founded “The Hellenic Initiative (THI)” to support economic renewal in Greece through entrepreneurship, business development and investment, and he serves as Chairman of the Board.

Liveris has been named the No. 1 Power Player in the global chemical markets three times, first in 2010, and consecutively in 2012 and 2013 by ICIS Chemical Business magazine. 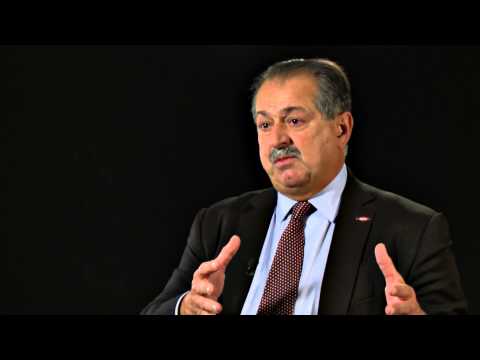