The man who invented “artificial skin”

Professor Ioannis V. Yannas is a Professor of Polymer Science and Engineering at MIT University. He is also a member of the National Academy of Sciences (Institute of Medicine) and the Association for the Advancement of Science, a founding fellow of the American Institute of Medical and Biological Engineering, and a charter member of the Biomedical Engineering Society, among others. He has won numerous awards, including the Doolittle Award of the American Chemical Society and the Clemson Award for Applied Science and Engineering from the Society of Biomaterials. He is mostly famous for inventing the “artificial skin” along with surgeon Dr. John F. Burke.

In 1969, Professor Ioannis V. Yannas was an expert on fibers and polymers at MIT when Dr. John F. Burke approached him with a request for help. As a surgeon, Burke had made significant strides in burn treatment but was still missing a piece of the puzzle.

“He wanted something to keep the bacteria out,” said Yannas, “and keep the moisture in.”

Human skin and pig skin, which were often used in burn treatments, were commonly rejected by the body’s immune system, and the immune suppressants given to patients left them vulnerable to infection. The other obstacle was dehydration. No one had yet found a way of building skin that could absorb and maintain moisture.

Weaving together their collective expertise in engineered polymers and biology, the two teamed up to create the first artificial skin.

But getting there wasn’t easy. The skin’s delicate intricacies were difficult to replicate, and the recipe for success was incredibly specific. A patient’s real skin couldn’t regenerate if the artificial skin’s pores weren’t between 20 and 120 millionths of a meter, for example. It also had to naturally degrade in a specific time frame – too long and it would block growth of new skin; too short and the new skin wouldn’t have enough time to fully regrow.

As it turned out, Yannas’s skin did more than just block infection and retain moisture – it actually helped to regenerate the skin. The trick was adding a synthetic layer of silicone on top of a layer of organic “scaffolding” – a combination of molecular material from cow tendons and shark cartilage. The synthetic layer protects the skin from bacteria and infection and keeps the moisture in, while the organic layer acts as a cornerstone on which new healthy skin cells can grow.

The artificial skin was a lifesaver for many patients – not just those fighting significant burns, but those with chronic skin problems too, such as diabetics who have wounds that won’t heal due to poor circulation.

In February 2015 he was recognized as one of the highest achievers in his field when the National Inventors Hall of Fame announced it would be inducting him at their 2015 ceremony this May. With this honor, which recognizes his invention of what has become known as “artificial skin,” Yannas joins a small group of approximately 500 renowned Hall-of-Fame inventors.

“When I was growing up in Athens, as a boy of five years old, we had an occupation by the Nazis in Greece, we had to stay home, and we couldn’t go to school. There was a lot going on outside the house, but nothing could stop me from finding out what was going on in my environment. Emigrants are unique because they live in difficult environments, and still have no choice but to make it”, says Yannas. 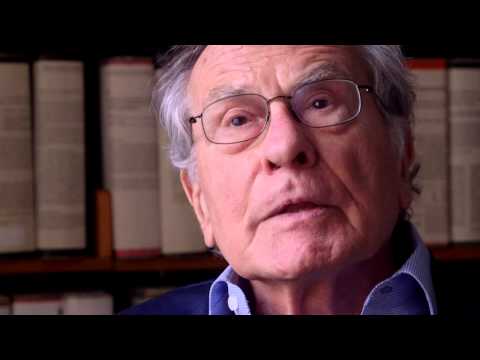