He fights against Alzheimer disease

Scarmeas was born and raised in Athens, Greece. He received his MD degree from the Medical School of the University Of Athens in 1992. In 1996, he came to the United States and completed a Neurology residency training at Columbia Presbyterian Medical Center in New York. He then had a 2-year clinical-research fellowship in the division of Aging and Dementia of the department of Neurology at Columbia Presbyterian Medical Center and in 2005 he received his Master degree in Clinical Research from Columbia University Mailman School of Public Health.

His interest focuses in the understanding of the variability of clinical response to Alzheimer disease (AD), which is related to different inherent or acquired abilities. Such abilities are considered to represent each individual’s cognitive reserve include IQ, education, and intellectual-social-physical life activities. These associations are explored epidemiologically or with imaging resting and activation PET and MRI studies.

He shares his time between clinical work which includes seeing elderly patients with dementias and cognitive dysfunction in general, supervising and teaching of Neurology residents and research.

Scarmeas has been investigating how factors that can affect cognitive reserve (such as higher IQ, education, more demanding occupational attainments or more engagement in cognitive-social-physical leisure – lifestyle activities) can help elderly cope better with the damage caused to their brains by Alzheimer’s disease and aging and therefore reduce their risk for dementia and slow down their rates of cognitive and functional decline.

More recently, he has developed a special interest in the contribution of diet (in particular composite dietary patterns such as a Mediterranean-type diet and others) and physical activity in dementias and healthy aging.

“Those who were most closely following a Mediterranean-like diet were 36 % less likely to have areas of brain damage than those who were least following the diet,” Dr Scarmeas said. 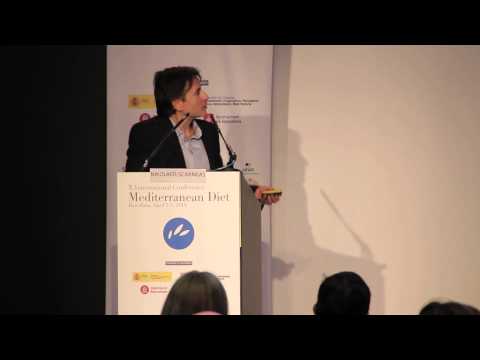