One of President Obama’s good reads

Though he started writing bibles at the age of 31, George Pelecanos didn’t settle for average. Today, he’s considered to be one of the most influential writers of crime fiction in the world.

With his origins back in Greek Sparta, George was born in 1957 in Washington DC. Before having the chance to discover his writing genius, he worked as a cook, dishwasher, bartender and woman’s shoe salesman, spending his free time watching films and reading three books on a week. His father, a first-generation Greek immigrant and WW II vet, ran a diner just south of Dupont Circle where an 11-year-old George was put to work early making deliveries.

He’s already counting 18 novels in his writing career with stories set in his birth city where he lived and grew up, the city he both loves and hates. It was the exact same city that motivated him to become the man he is today, drawing his inspiration from the shady streets of Washington and making stories out of facts. His stories have a common place to meet in the crossroads of violence, racism and social inequalities, some crucial issues spinning in his mind since childhood, as himself was the child of two immigrants.

Besides, he has enunciated that some of his Greek American characters’ traits are autobiographical and that by using them he attempts to alter the false stereotype about Greek Americans being just fat moustached guys behind restaurant counters.

Many of his bestsellers have earned him numerous prizes and books like King Suckerman, The Big Blowdown and Shame the Devil have also been published in Greece. Next to writing, he served as producer on various feature films, like Caught (1996), Whatever (1998) and Black Male (1999). Most recently he was a producer and writer for the dramatic series The Wire and for his writing in that show he was nominated for an Emmy award. Currently, he’s at work as a producer and writer on the dramatic series Treme, shot in New Orleans.

Already with plenty of book titles and prizes in his pocket, George Pelecanos is one of US President Barack Obama’s favourite writers, whilst famous writer Stephen King stated that Pelecanos is perhaps the greatest living American crime writer. 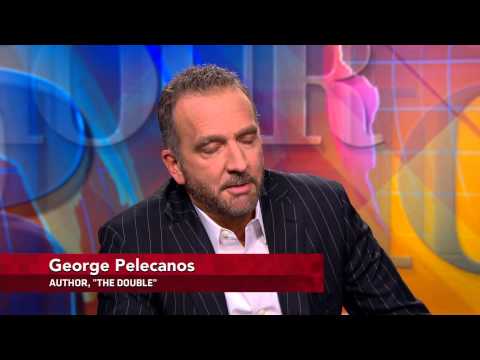