From 2009, the innovation produced by the international team of Harvard Department of Physics, under the supervision of the Greek Professor Efthimios Kaxiras, led the effort for the production of cheap energy to whole different paths. His methodology is based on cheap, environment friendly, nano materials, which copy the patterns of nature, accumulating energy from the sun.

The applications of such a production of energy are numerous. In Japan, nano biomolecules are used as raw material  to cover the surfaces of external walls, or to everyday household activities. In 1977, Efthimios Kaxiras enters the National Technical University of Athens, in the Department of Electrical Engineering. In the next year, he is granted a scholarship only to continue with his studies at the MIT, in the Physics Department. Three years later comes his graduation, and from that point he continues with his Ph.D. in Theoretical Physics in Solid materials, and graduates in 1987.

During the next two years, he works as a Postdoctoral Research Associate in IBM research division (he had collaborated in the past with IBM during his Ph.D), and then as a Consulting Research Physicist in the Naval Research Laboratory, Washington. His academic career started in 1991 in Harvard, when he worked as an Assistant Professor  in the Physics Department. Four years later he becomes an Associate Professor, and in 1998 he becomes a (full) professor. In Harvard, he teaches Quantum Theory  of Solids (in bachelor and master students) not only in theory, but also in practice. He there collaborates with a large group of researchers and has his own lab. It’s worth mentioning that a lof of Greek students were offered the chance to participate in his research group.

He has received many scientific honors, he writes reviews in some of the best scientific magazines in the research field, he was and continues to be a co-coorganizer of many scientific meetings, he has participated in the writing of 10 scientific books, and has written more than 170 scientific articles.

His research activities focus on the following domains: Multiscale methods, computational materials and condensed matter physics, and has covered a wide range of topics; examples include: the electronic properties of crystalline and amorphous solids and their dependence on the atomic structure; the physics and chemistry of covalently bonded nano-clusters; growth and catalytic behavior of nano-structured surfaces and interfaces; the nature of electronic states in biomolecules and the function of enzymes; the microscopic origin of brittle or ductile response of solids; the physics of dislocations in metallic and covalent solids and their interaction with chemical impurities; blood flow dynamics in realistic arterial geometries, incorporating cell motion and the effect on endothelial shear stress.  A core theme is a multiscale point of view, which aims to realistically capture the behavior of complex physical systems by starting at a fundamental level, with a first-principles quantum mechanical description, and reaching to macroscopic scales.

Efthimios Kaxiras contributed to the development of theoretical methods and the evolvement of computational processes that analyze or even predict the behaviour of defects in solids with very important applications, such as semiconductors. To be more specifiche contributed to the process during which they are created microscopically, developped spatiotemporally and affected by exogenous factors. He has also studied biological systems in order to comprehend and resolve serious dysfunctions that appear in the nanostructures of materials, and to propose possible implementation. 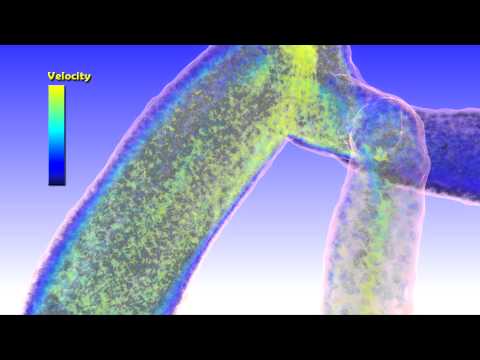