The defender of human rights

Elsa Stamatopoulou is an Adjunct Professor at the Center for the Study of Ethnicity and Race at the Department of Antropology of Columbia University. Moreover, she is the Director of the Indigenous Peoples” Rights Program, at the “Institute for the Study of Human Rights”, having also served the UN for 22 years.

She was born in Athens to Greek parents with roots in the Peloponese. Her father was born at the village of Psari in Corinthia and her mother came from the village of Fychtia in Argolida.

“As a child I spent lots of time in those villages with my parents in the summer or other holidays, and I have very strong affinities to those communities”, Dr. Stamatopoulou stated.

She obtained her Law Degree from the University of Athens Law School. She did her Masters studies in the Administration of Criminal Justice at Northeastern University in Boston and her doctoral studies in Political Science and International Law at the Graduate Institute of Studies, University of Geneva.

She started working for Columbia University in 2011, after concluding her service in various positions at the UN offices in Vienna, Geneva and New York.

More specifically, she worked for the Division on Narcotic Drugs in Vienna, then in Geneva, in the Center for Human Rights, and then in New York, where she held various positions.

Since 1983, she has been working on indigenous people’s human rights issues. In 2003, she was the first Chief of the Secretariat of the UN Permanent Forum on Indigenous Issues (UNPFII).

She taught a first series of lessons on indigenous people’s rights at Columbia University and developed a program on the topic for the ISHR.

She has worked for several non-governmental organizations and has received several awards for her work, like the Ingrid Washinawatok El Issa O’Peqtaw Metaehmoh-Flying Eagle Woman Peace Justice and Sovereignty Award, the award of the NGO Committee on the Decade of the World’s Indigenous Peoples and the Eleanor Roosevelt Award of the Human Rights Center.

Her writings include articles on indigenous rights, women’s rights, victims of human rights violations, cultural rights and on the UN.

In 1998, she co-edited “The Universal Declaration of Human Rights: 50 Years and Beyond”. Her book “Cultural Rights in International Law” was published in 2007. Moreover, she oversaw the first edition of the UN publication State of the World’s Indigenous Peoples in 2009.

She is married and has two children, Sophia and Andreas. 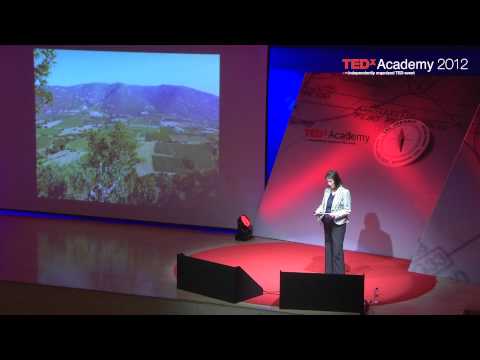