Known for his roles in “Picket Fences” and “Saw”

Costas Mandylor is a famous actor, known for his roles in “Picket Fences” and “Saw”. His original name was Costas Theodosopoulos, but he changed it when he decided to become an actor.

He grew up in Melbourne, Australia by Greek parents, who had migrated there.

He began his career in the movies co-starring with Willem Dafoe, while the splatter movies enthusiasts will definitely remember him from the movie “Saw”. In his early years, he was a professional football player, but some pretty serious injuries opened the way for  becoming an actor.

Throughout his football career he kept the surname Theodosopoulos”, which he later on changed, when he started his career as an actor. From “Mandylaris”, his mother’s surname, he changed it into “Mandylor”.

After hanging up his football boots,he decided to travel to the United States in 1987, in order to take some acting classes. His first important role came two years after that, when in 1989 he played the role of Willem Dafoe’s younger brother, in the movie “Triumph of the Spirit”. The filming took place in Auschwitz concetration camp, and when he returned in Los Angeles, there was a new audition waiting for him…This time it was the famous director Oliver Stone, who chose him to play in his film “The Doors” (1991). Later on that year, he took a leading role in the film “Mobsters”, where he incarnated a New York gangster, Frank Costello. Regarding this specific part, Costas Mandylor had revealed in one of his interviews in Los Angeles Times that it was this role that made him choose this film, because when he was 13 years old, he used to work in a night club in Melbourne, washing dishes, where gangsters and dangerous people was a common thing to see.

From 1992 to 1996, Mandylor had a leading role on the CBS television drama “Picket Fences”. He has also appeared in other TV series such as “Sex and the City”, “Charmed”, “7th Heaven” and “NCIS”.

One of his most recent work was “Saw”, where in the third sequel he played Detective Hoffman, having a relatively small role. In the following sequels his role got bigger and bigger, and as a result in the 7th sequel of “Saw” – it was presented in the theaters at the late 2010’s- Detective Hoffman was the lead role.

His most recent role was in the film “Twisted Metal” in 2014. 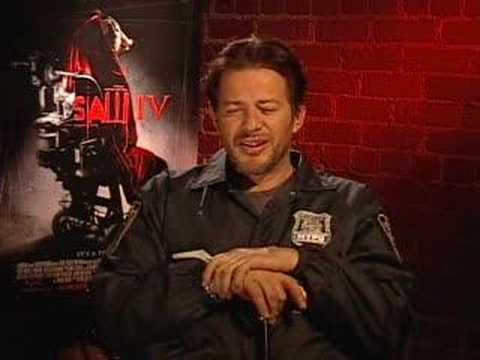