From doctor in Australia, to Hollywood famous director

Some say that life writes the best scenarios. This is probably the case for the Greeκ-origin famous director George Miller (Giorgos Milliotis). While he began his career as a doctor in Australia, he found himself becoming a Hollywood producer, screenwriter and director. He is mostly famous for making the trilogy of the movie «Mad Max» (1979, 1981, 1985), and later on for «Happy Feet» (Oscar Award for Best Animated Feature Film of the Year 2006), and «Babe» (Oscar Award for Best Visual Effects in 1995).

Miller was born in 1945 in Brisbane, Queensland, Australia to Greek immigrant parents. His father, Dimitri Kastrisios Miller came from the Greek island Kythira, while his mother, Angela Balson, descended from the Balson family, who were Greek refugees from Anatolia, a region in Asia Minor. George, being one of the four sons of the Miller family, studied medicine in the University of South Wales, with his non-identical twin brother, John. While in his final year at Medical School, George and his younger brother, Chris, decided to make a one-minute short film, that won the first prize in a student competition. This was the starting point at George Miller’s career as far as  the Seventh Art is concerned.

In 1971, Miller attended courses at a Film Workshop in Melbourne, where he met Byron Kennedy, his future friend and production partner. One year later, he finds himself working as a resident doctor on the one hand, and experimenting in making short films on the other hand. One thing led to another, and his first  famous «experimentation» was the direction and screenwriting of the film «Mad Max» (1979). In fact, the shooting of the film took place in Australia with the then rookie Mel Gibson starring in it. The film was a great success, and as a result, two sequels followed («Mad Max 2, The Road Warrior» in 1981 and «Mad Max Beyond Thunderdome» in 1985). He later on wrote the script for «Babe» and also wrote and directed its sequel. Finally, he directed the «Witches of Eastwick», starring Jack Nicholson, Susan Sarandon, Cher and Michelle Pfeiffer.

The film «Happy Feet» in 2007, a movie about the life of penguins in Antarctica, brought Miller his third Academy Award Nomination and his first Oscar Award for Best Animated Film of the Year. In 2011 came «Happy Feet 2″, and in 2015 the fourth -and for a long time expected- sequel of «Mad Max-Fury Road», starring Tom Hardy and Charlize Theron. 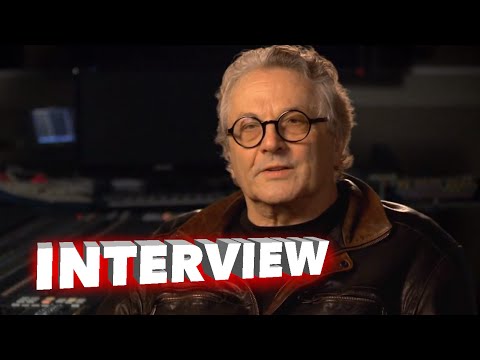