Among the 25 most powerful businesswomen in the world

Fortune magazine included Angeliki Frangou in the list with the 25 most powerful businesswomen in the world for 2014. In 2013, Frangou was mentioned on CNN’s International Leading Women

Ms. Angeliki Frangou was born in Kardamyla, Chios and she received a bachelor’s degree in mechanical engineering from Fairleigh Dickinson University and a master’s degree in the same field of expertise from Columbia University.

Her father, Captain Nickolas Frangos, started from Kardamyla in 1950 as ship captain. Angelica, stated at CNN’s tribute to her, that she feels that shipping runs in the family’s DNA. She followed her passion and in 1989, she left her job at Wall Street and decided to deal with shipping.

Previously, Ms. Frangou served as Chairman, Chief Executive Officer and President of International Shipping Enterprises Inc. From 1990 until August 2005, she was the Chief Executive Officer of Maritime Enterprises Management S.A. and its predecessor company, which specialized in the management of dry cargo vessels. From April 2004 to July 2005, Ms. Frangou served as a Board member of Eurobank Ergasias S.A. She is also the Chairman of IRF European Finance Investments Ltd., listed on the SFM of the London Stock Exchange. 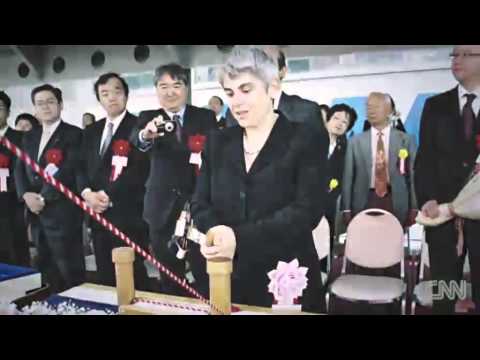