Greg Yaitanes is a famous producer and director. He has participated in some of the top tv series in the world such as “Damages”, “Lost”, “Prison Break”, Heroes”, “Grey’s Anatomy” and “Banshee”. He is one of the most famous directors in Hollywood and has also received an EMMY award.

Greg was born in Massachusetts on the 18th of June 1970, he is a third generation Greek – American. His parents came from a small Greek village next to the city of Kalamata.

“I feel more Greek in the States than in Greece, because there is a great sense of community”, says Greg in a past interview.

At a young age he decided to leave his parents in order to pursue his dream. He moved to Los Angeles and attended lessons to the Southern California Film School. In fact, he had to wait for severn hours just for a ten-minute meeting with Joe Silver, the famous cinema producer. His work includes:  “Damages”, “Lost”, “Prison Break”, Heroes”, “Grey’s Anatomy” and “Banshee”. In 2008, he won the Emmy award for his work in “House M.D.”, a very famous television show starring Hugh Laurie.

He has two sons, Evangelos and Leonidas. He highlights the fact that in his house everybody has to speak his mother tongue, be lawyal to his traditions, and go to church. He really likes greek flavors such as spinach pie, “ntolmades” (stuffed vine leaves) and lamb fricassee.

Though he is well-known in Hollywood for his work on several top-watched shows, his technological entrepreneurship has also made him a respected name in Silicon Valley. His investments in start-up companies such as Twitter, Square, Pinterest and Snapchat have earned him a reputation for foresight in technology. Yaitanes is one of Twitter’s original investors and a frequent guest speaker at the company.

“I really like that there is a greek community in Hollywood, I meet them, I am glad they have something special, they help each other. Being Greek I was always different, I had different characteristics, a funny name, it was weird growing up, because when you re a kid you don’ t want to be different, you want to blend in with the others”, says Greg also in the same interview. Greg resides between New York and Los Angeles.

Currently, Greg is the showrunner of Cinemax’s Emmy winning Banshee, which aired its third season January 9, 2015. He is also writing a book “The One Olive,” that focuses on a business strategy that he borrowed from American Airlines, as a way of eliminating non-essentials and saving money. Yaitanes explains, “Back in the ’80s, American Airlines took one olive out of their inflight meals, and saved $40,000”. He charges “everyone with finding their ‘olive’–the one thing in their department that could reduce savings”. For season one of Banshee, the one olive approach bought production an additional seven days to shoot. 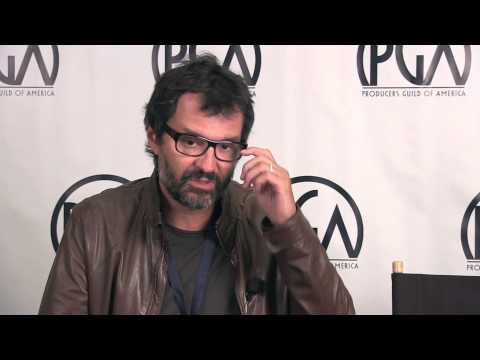