Philip Tsiaras is a painter, photographer, sculptor and poet. He is an international artist living in New York. He has Greek origin, and comes from the city Grevena. He was born in 1952 in New Hampshire, USA.

He studied music and comparative literature in Amherst College, where he was awarded a fellowship for his translations from Greek to English of poems of contemporary Greek poets, such as Ritsos and Karyotakis. He was lucky enough to study by the side of the great artist Loukas Samaras, from whom he was deeply influenced, and whom he considered a great mentor.

He has also realized exhibitions in Constantinople, Bodrum in Turkey, and Idaho USA (2008). It is noted than some of his work is lies in company, private and important museum collections such as the Metropolitan Museum of Art, while twenty books and catalogues are dedicated to his work.

Philip Tsiaras has been honored with many important awards, some of which are: the Thomas Watson Fellowship, New York State C.A.P.S grant, National Endowment Grants for Arts and The Generali Assicurazioni Gold Metal Award for “Civilita”, Venice. Apart from his decorative work, he is also a famous litterateur and poet. In fact, he has published a series of poems for which he was honored with the American Academy Award. 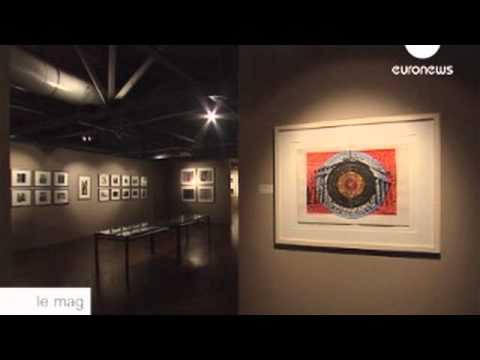