The Greek legend of global advertising

George Lois ranks among the most renowned authors, designers and creative directors in the world. The 92 covers he designed for Esquire magazine during the years between 1962 and 1972 are legendary and most of them are exhibited as part of the permanent collection of MoMA.

Lois was born on June 26th, 1931, in the Bronx of New York City to Greek immigrants to the United Sates.

Although he received a scholarship to Syracuse University, he studied at Pratt Institute before leaving his studies one year later. He worked together with Reba Sochis and later was drafted by the Army to fight in the Korea War.

He continued his career by working on print and media projects of the advertising department of CBS.

In 1959, he was hired by the advertising agency Doyle Dane Bernbach and later founded Papert Koenig Lois together with Fred Papert and Julian Koenig. In 1967, he left to form Lois, Holland, Callaway. His last agency was Lois/USA where he created several memorable advertising campaigns before ending its run in 1999.

In 1968, Lois formulated the campaign When You Got It, Flaunt It for Braniff International Airways, that resulted in an 80% increase in business! In his television commercials, he paired unlikely celebrities, like Andy Warhol and Sonny Liston.

With his advertising campaigns, he established dozens of popular brands in the world, like MTV.

In his book What’s the Bid Idea?, Lois states, “Let me say right now, with my hand on the Bible, I, George Lois, created New York magazine”.

«Growing up in a loving Greek family in the Bronx, it was understood that the only son of Haralambos and Vasilike would finish high school and take over his father’s flower shop. But with my innate talent at drawing and designing, I knew in my early youth I would never be a florist».

«Many have been installed in the permanent collections of the Museum of Modern Art, and remain, decades later, enduring iconic cultural statements of the American experience, as fresh today as they were on the newsstands in the 1960s».

«All of my work bucked the trend, and understood the zeitgeist of the time, and indeed, was mystically ahead of the culture. I’ve always understood that my mission was not to sedate, but to awaken, to disturb, to communicate, to command, to instigate, and more importantly, to provoke».

«The 1960s was a heroic age in the history of the art of communication–the audacious movers and shakers of those times bear no resemblance to the cast of characters in Mad Men». 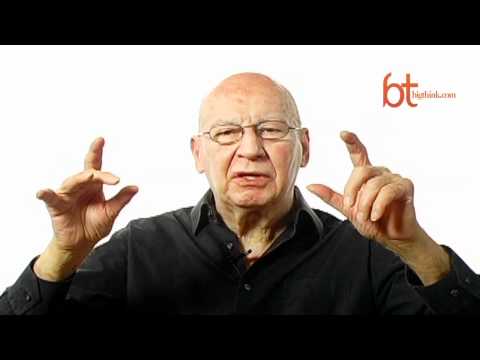