Yana Zavros is an Associate Professor of Physiology in the Cincinnati University in the United States, co-director of the PhD program in systems biology and physiology, a researcher at UC’s Department of Molecular and Cellular Physiology and a member of the American Physiological Society.

She obtained her Ph.D. from the University of Melbourne (Department of Surgery), her thesis was entitled “Regulation of Gastric Somatostatin” and she investigated the role of gastrin and cholecystokinin as regulators of somatostatin secretion.

After graduating in 1998, Dr. Zavros began her postdoctoral training in the laboratory of Dr. Juanita Merchant at the University of Michigan where she applied her knowledge in physiology and biology of gastrointestinal peptides to determine the regulation of gastrin and somatostatin during Helicobacter infection.

At the time, her research at Cincinnati Children’s Hospital Medical Center, focuses in sonic hedgehog signalling in the gastric epithelium and the development of gastric cancer in H. pylori infection. Her study of gastric cancer involves the role of Sonic Hedgehog (Shh), named after the video game character “Sonic the Hedgehog” by its discoverers in 1995.

Sonic Hedgehog is highly expressed in the adult stomach, and its loss via inflammation or disease contributes to molecular changes that are crucial to development of gastric cancer.

During that research, Dr. Zavros was among the scientific group who by using human cells created for the first time functional, 3-D stomach tissue.

The breakthrough is important because it will enable researchers to study the very early stages of diseases such as stomach cancer and peptic ulcers, as well as some of the underpinnings of obesity-related diabetes. That in turn, could help identify ways to prevent such diseases, including the possibility of developing new drugs.

On 5 November 2010, Yana Zavros, was awarded with the Richard Akeson Award for Excellence in Graduate Teaching in a ceremony at Graduate Student Research Forum at UC College of Medicine. 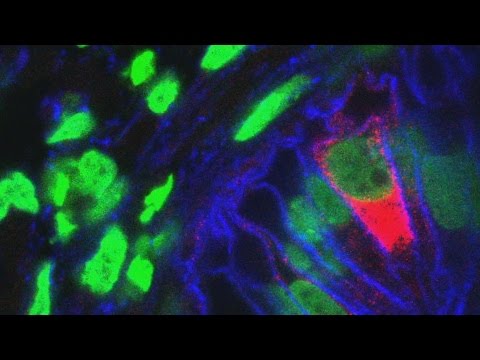