Studies the incorporation of breast milk stem cells into baby

A new study conducted in Australia by Greek scientist Foteini Hassiotou, stressed the importance of breastfeeding, showing that breast milk plays an important role in the development of the child’s body because it contains stem cells that protect children from diseases like diabetes and Parkinson’s.

Stem cells have the unusual ability to regenerate themselves and develop into a variety of tissues. Several sources of stem cells are being developed for therapeutic use, including embryos, umbilical-cord blood and adult tissues. It was discovered seven years ago that human breast milk also contains a kind of stem cell. The question was whether these cells do anything useful for the baby or if they simply leak unavoidably into breast milk.

The latest findings, presented at the National Breastfeeding and Lactation Symposium in London, suggest that in mice at least, breast milk stem cells cross into the offspring’s blood from their stomach and play a functional role later in life.

Foteini Hassiotou at the University of Western Australia and her colleagues showed this by first creating genetically modified mice whose cells contain a gene called tdTomato, which makes them glow red under fluorescent light. The female mice were mated but then after giving birth were given unmodified baby mice to suckle. So any red cells that ended up in the pups must have come via the milk. When the offspring reached adulthood, red cells were found in their blood and many of their tissues, including the brain, thymus, pancreas, liver, spleen and kidneys.

«They seem to integrate and become functional cells,» she says.

The finding that breast milk stem cells are capable of making different tissues makes it more likely they could be used for therapeutic applications, says Hassiotou.

Chris Mason of University College London adds: «If these intriguing cells are functional, they could be a novel option for producing future cell therapies.»

Dr Foteini Hassiotou graduated from the Aristotle University of Greece in 2005 with a B.Sc. in Biology and First Class Honours in Microbiology. She then migrated to Australia and started a PhD in 2006 in Plant Physiology at The University of Western Australia (UWA), which she completed in 2009. Shortly after, she joined the Hartmann Human Lactation Research Group of UWA, commencing a second PhD on breastfeeding physiology, the cellular composition of breastmilk, and breast cancer. Her second PhD included ground-breaking reports, such as the discovery of pluripotent stem cells in breastmilk, and the development of tools to assess the health status of the lactating breast.

She also conducted novel research in molecular determinants of cancer. Her research concentrates on the maternal cells that are present in breastmilk and their involvement in health and disease. She also directs a team of researchers concentrating on understanding the causes of cancer and developing novel non-invasive therapies for this disease. Her focus is on breast and brain cancer. She is the recipient of the 2014 Ehrlich-Koldovsky Award (International Society for Research in Human Milk and Lactation), and Editor for the Journal of Human Lactation. 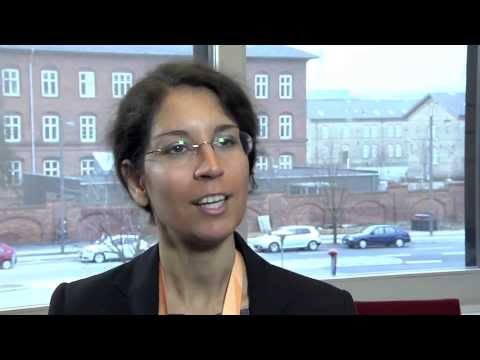