The Cretan raki in 25 special flavors

In Greece, the distillate from grapes has many names and in Crete the most prevalent are Tsikoudia or Cretan raki. Typically it contains about 38% alcohol, which classifies it as a strong alcoholic drink. 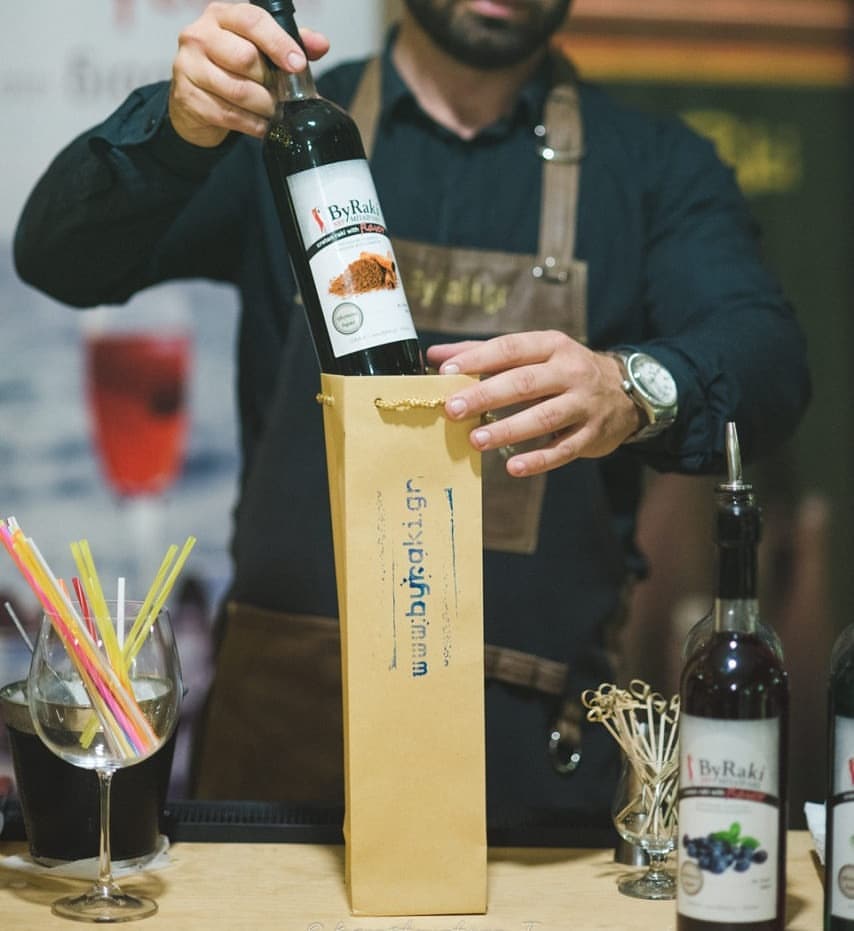 Inspired by the traditional tsikoudia and raki liqueurs and based on this Greek spirit, “BAIRAKI ByRaki flavor”, a raki enriched with flavors from all over Greece, was created and divided into the following three categories:

The first is called “BAIRAKI ByRaki flavor Tsikoudia – Cretan raki (38% alc. vol.). The process of distillation creates the tsikoudia or Cretan raki. The Bayrak ByRaki flavor to bottled and offers a choice of traditional raki, addressed to the classic lovers.

The second one listens to the name “BAIRAKI ByRaki flavor XXV” (25% alc. vol.). Based on the tsikoudia and inspired by the traditional liqueur, ByRaki flavor was created in 9 different flavors. At 25% alcohol volume, it can be found in restaurants, bars, cafes, beach bars and at any store where alcoholic beverages are offered and consumed. Unique flavors and alcohol content make it possible to also use it in cocktails, cooking and pastry. 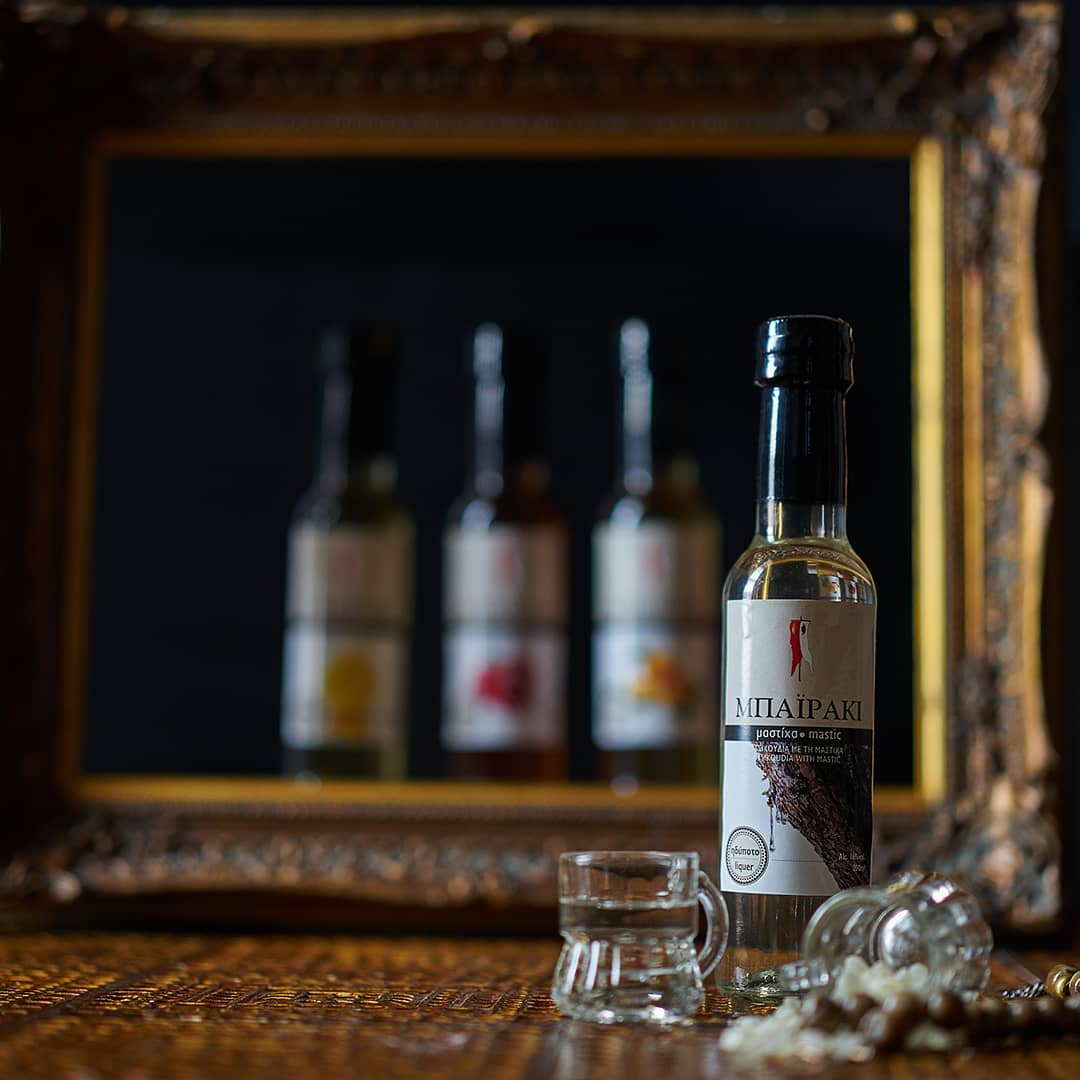 The third one is called “BAIRAKI ByRaki flavor XVI” (16% alc. vol.). The scent of pomegranate liqueur made its beginning in the villages of Greece. With respect to the Greek countryside, it was combined with flavors such as bilberry, mastic, bergamot and others. The BAIRAKI ByRaki flavor XVI, with alcohol volume of 16% is a delicious aperitif with dishes that can satisfy even the most demanding tastes. 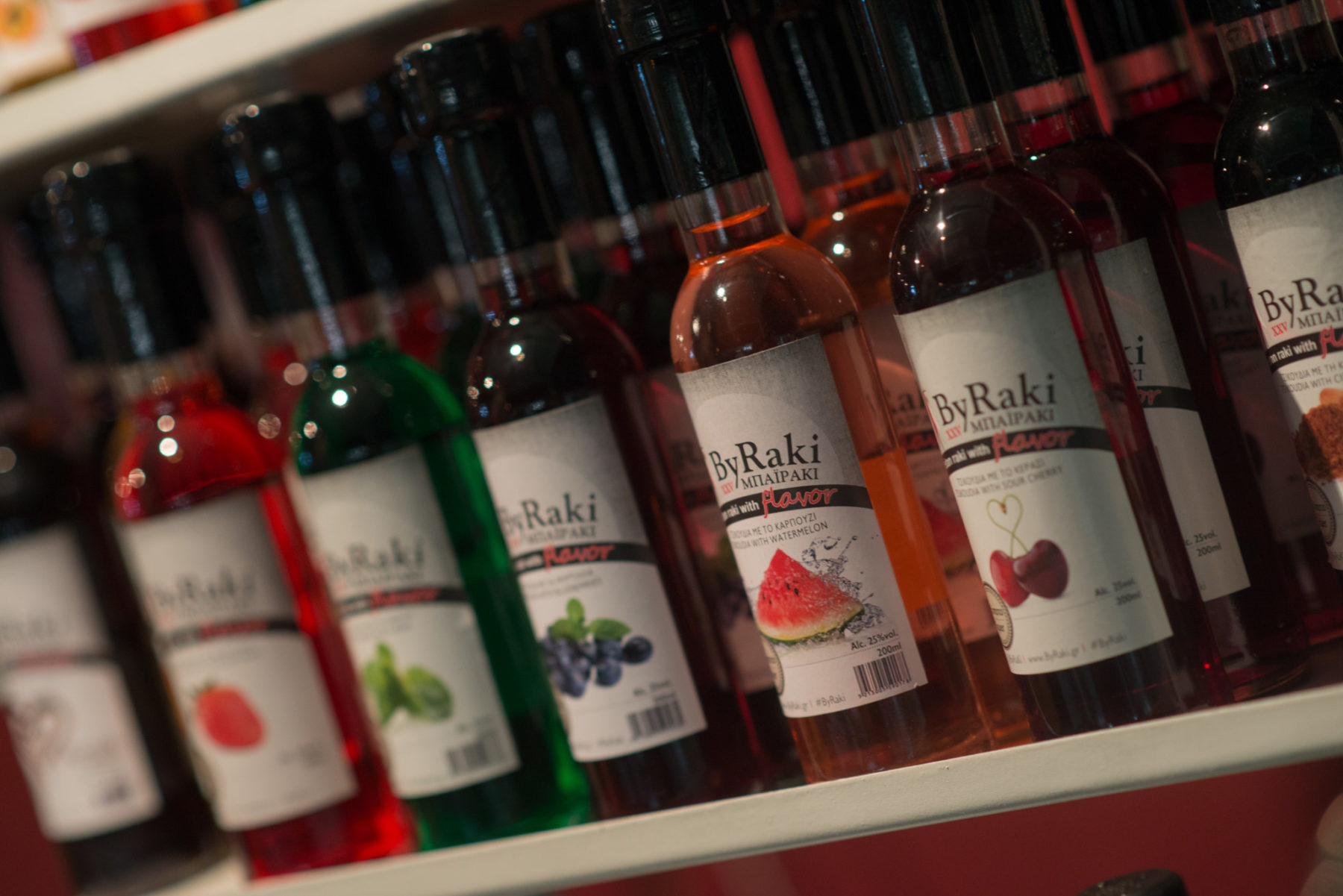 The history of distillation began seven to eight centuries ago. The most prevalent reports claim that it all began at a monastery in Mount Athos where the monks tried to exploit nature to the fullest. So it happened with the vine, whose exploitation started with its fruit, the grapes, then with the leaves, the shoots and finally its trunk. The varieties were too many, so the flavors from grapes, white, black and red. In addition to testing the grape, they tried to get their juice as well, resulting in thousands of wines per area.

“Tsikouda” was the remnants of the process of turning the grape into wine. The distillation was the solution and after a month of maturing, the tsikouda were ready for the final distillation. Like any recipe, it left the Holy Mountain and took some modifications as it spread to Mediterranean countries, such as Italy, Cyprus, the Middle East, Turkey and others. In Greece, the distillation was divided into three forms: Tsipouro, Ouzo and Tsikoudia or Cretan raki. These three different forms gave an additional income for farmers in the period after 1900, to this day. 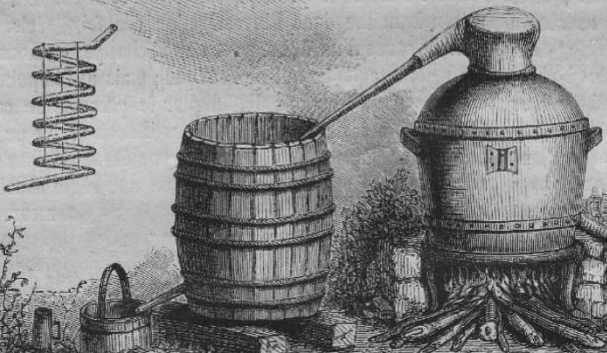 Distillation became a celebration and then a tradition. New generations inherited with respect the authorization for distillation, the recipe and the knowledge of the whole process. When every year the state authority gives permission for the traditional distillation season, the feast begins with the musical instruments and the characteristic traditional tunes of each Greek area. 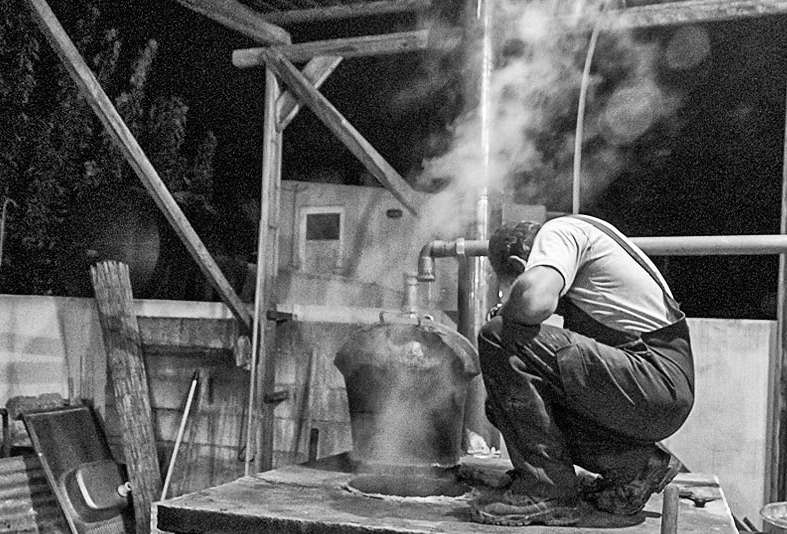 “All in Good Measure (Metron Ariston)”

Being a strong alcoholic beverage, its consumption should be moderate. Cretan raki is certainly an element that enhances “social communication” but also seems to have positive benefits to the health of most people when consuming it with caution, that is, from 1 to 2 glasses a day. 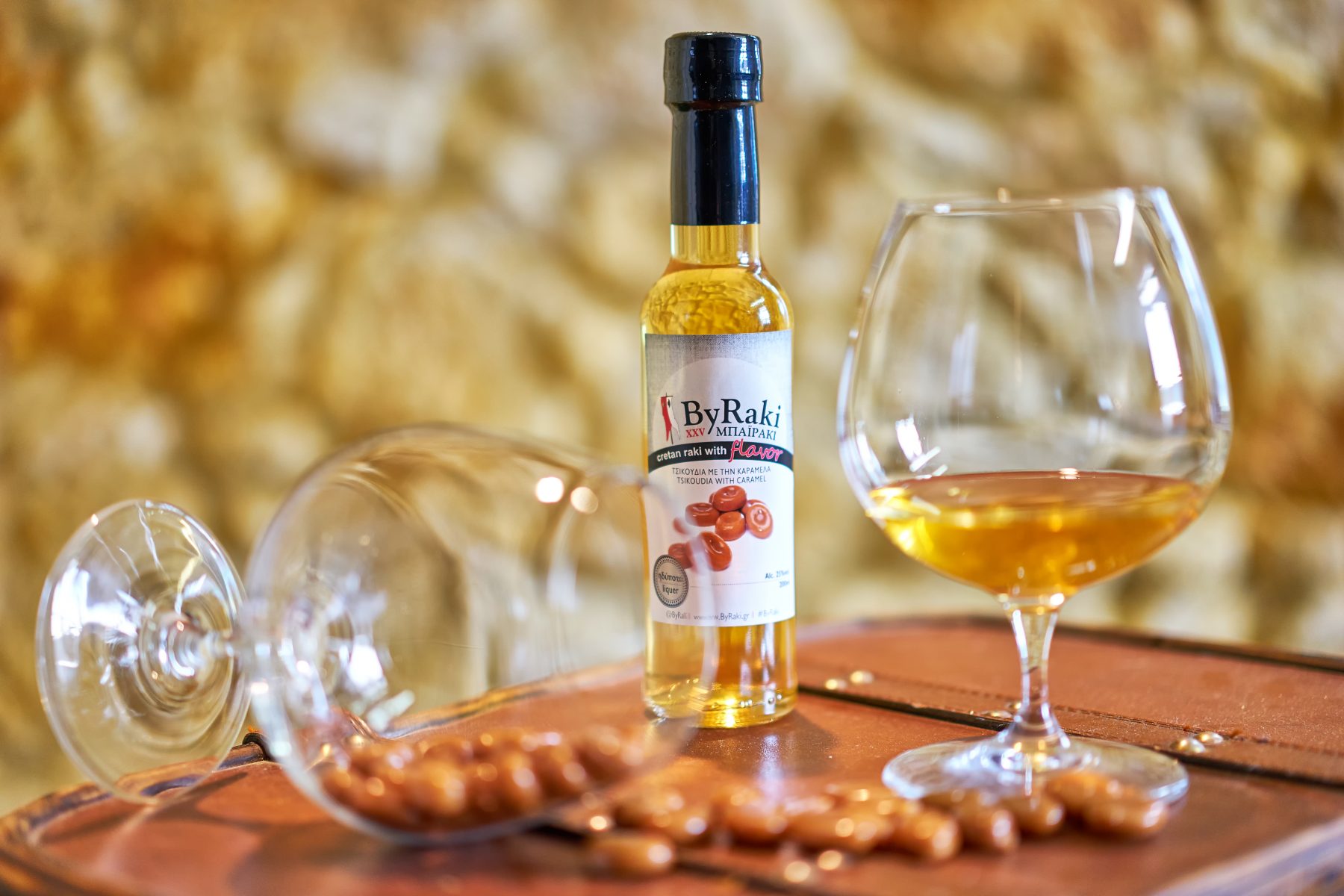 Due to the presence of alcohol, it causes vasodilation (widening of blood vessels) and reduces blood pressure. It has antimicrobial properties, which is why it is used in many local remedies for colds, fever and headache. It is associated with a reduction in deaths from cardiovascular and non-fatal myocardial infarctions. 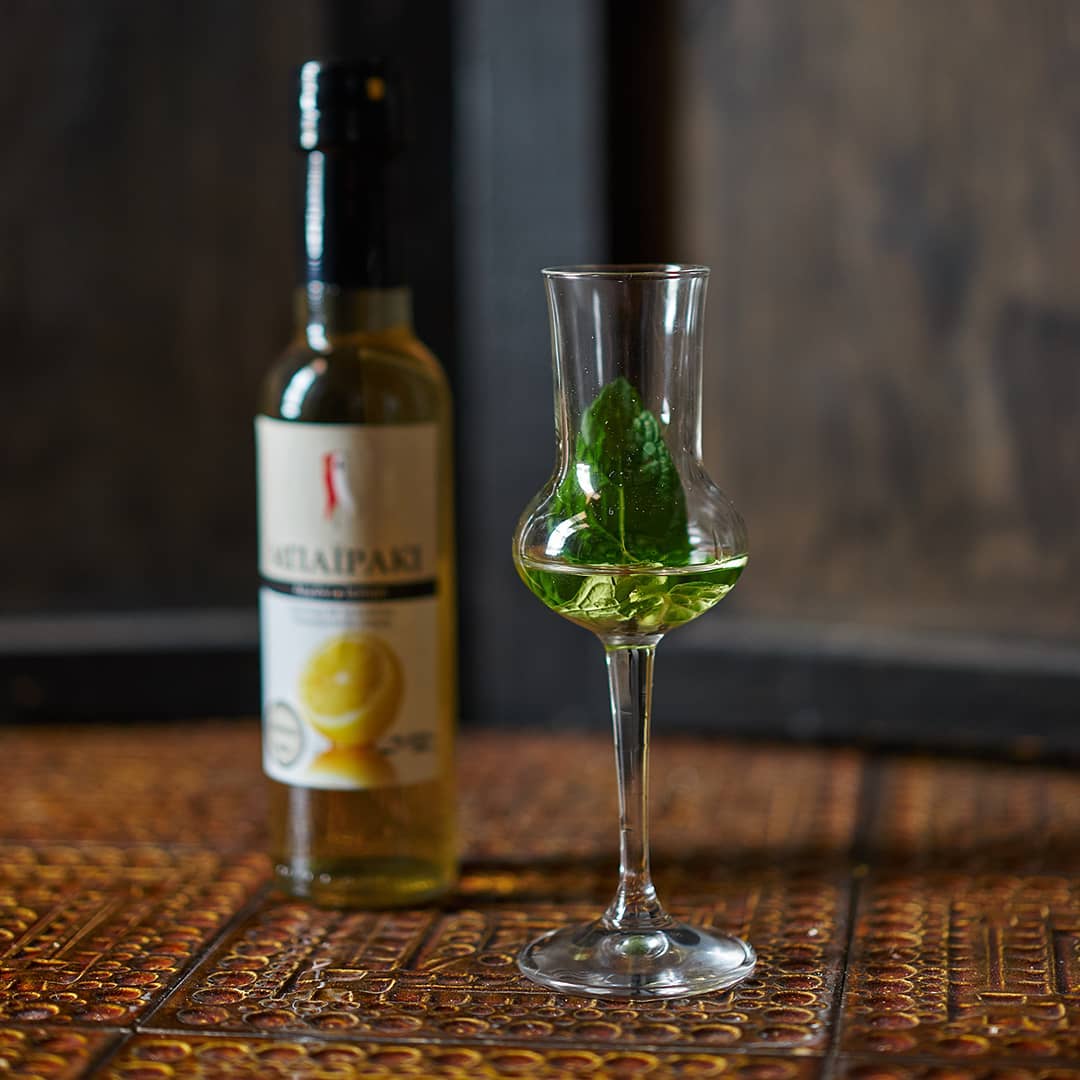 Of course, the beneficial properties of tsikoudia – raki are achieved when one has adopted a generally healthy lifestyle, including a balanced Mediterranean diet, daily physical exercise and as much as possible abstinence from smoking. In fact, what is said in Crete is that “Any disease that can’t be treated with tsikoudia, is serious.” 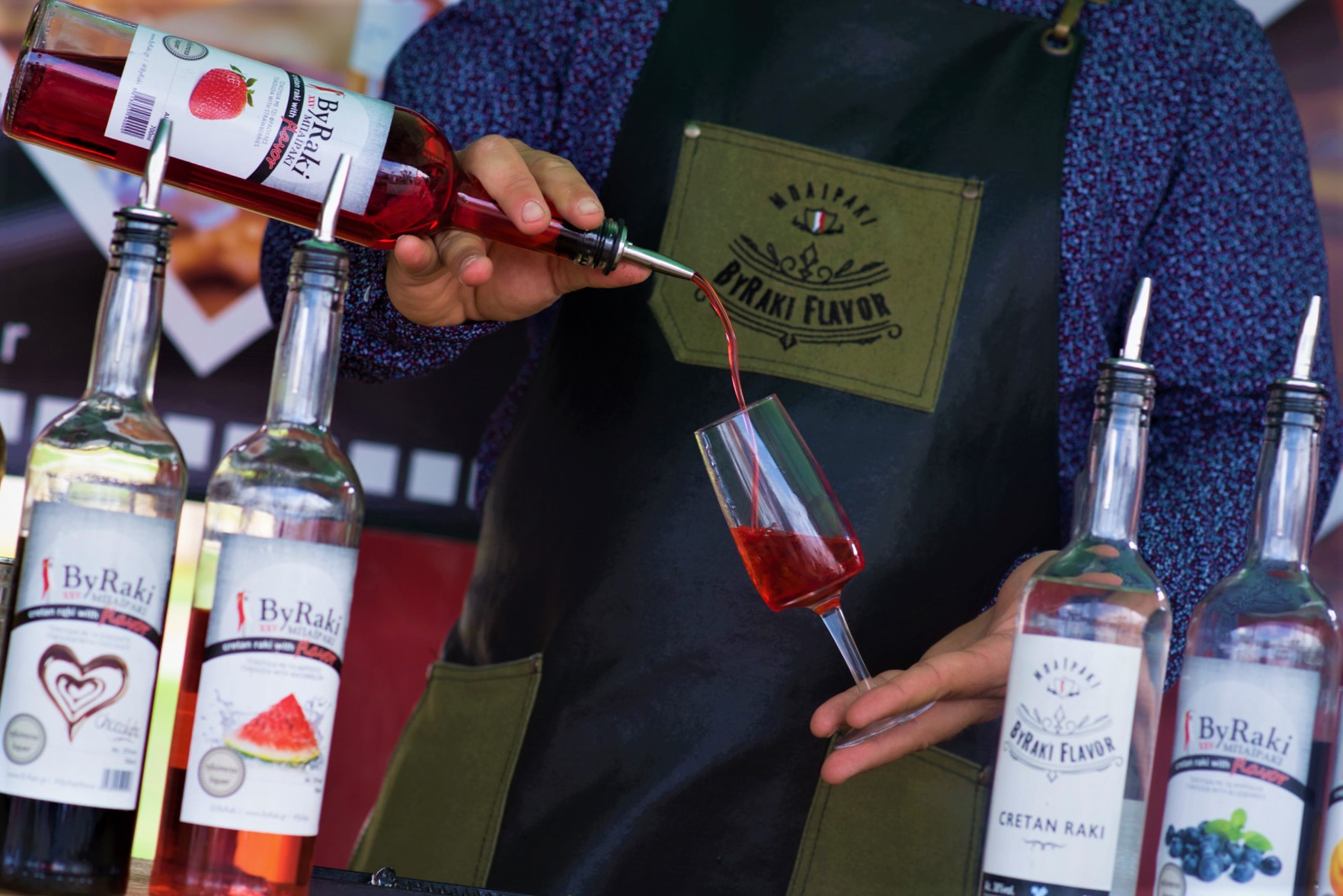 The brand “BAIRAKI ByRaki flavor” offers a wide variety of raki enriched with 25 different flavors that will satisfy even the most demanding connoisseur or fan of the widespread and traditional Greek distillate.