Herbs with the aroma of Chios

“Myrovolos Organics” is a company producing, processing and selling organic herbs, samphire, caper and essential oils of Chios, with its products having won the society of the island, seven cities in Greece and the markets of Germany. In 2018, it was also awarded by the Chamber of Chios as an innovative company.

The love for the land of Chios, the desire to protect nature and plants and the need for creation at the place of origin led to the establishment of “Myrovolos Organics”, the family-owned company based in Chalkios, in the area of Chios. Each of its organic herbs reveals the unique fragrances of the North-Aegean island and is a quality product based on a remarkable biological standard. 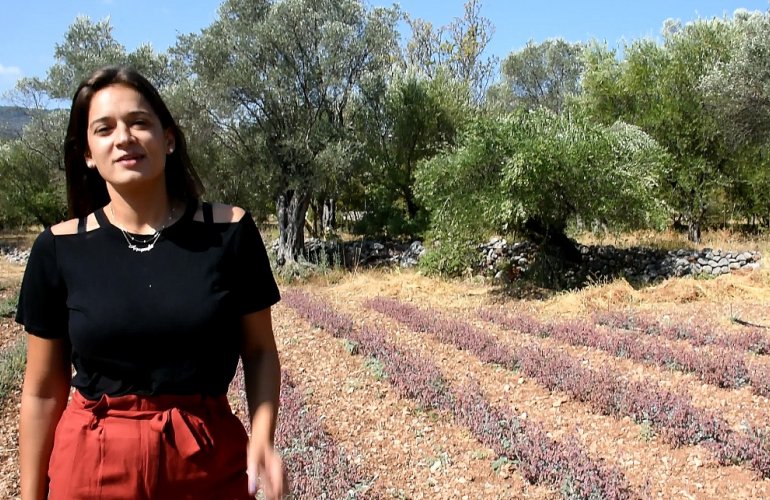 The love of the founder of the company, Argyro Koutsouradi, for these plants began with an elective during her studies at the Agricultural School of the Democritus University of Thrace, a course on herbs that proved decisive for her career.

During her studies, she participated in several student exchange programs, mainly with Erasmus, where she visited places and came into contact with produces and aromatic and non-aromatic plants and crops. She also traveled to France to pursue medical research in the category of herbs, where she was given the opportunity to work. But Argyro had decided to return to her home-island and express her creativity. 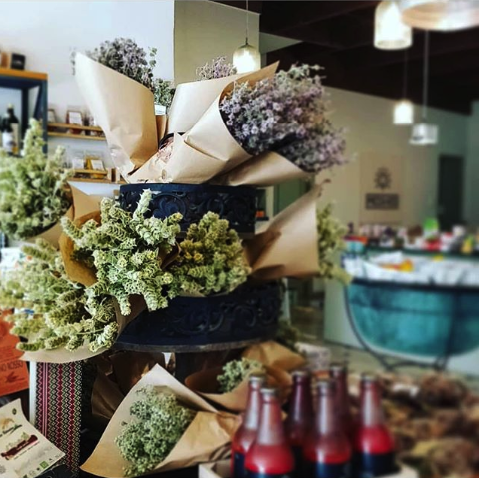 For further specialization, she continued her postgraduate studies at the Agricultural University of Athens in the field of herbs. At the end of her studies, she decided instead of working as an agronomist, to return to Chios and start her own crops, which would add an innovative product to the island.

Thus, in October 2015, she first planted her own organic herbs, in her family’s unused land – a family which had nothing to do with agricultural production. 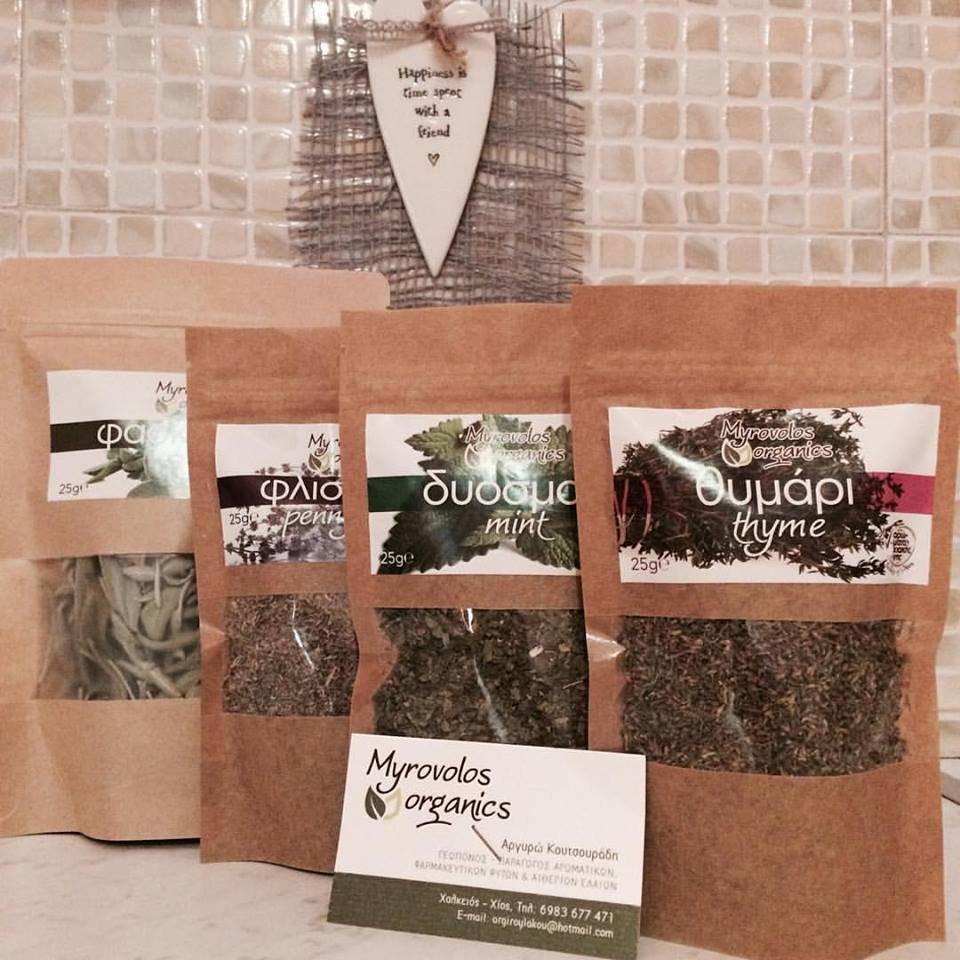 She started with eight acres and knowing she had to increase their numbers, she asked of her fellow villagers to give her their own uncultivated fields, thus reducing the cost of the investment and reaching 25 acres today. By her side, her parents stood and supported her all the way, while they had been absolutely open to the cultivation of aromatic plants since the beginning

Her driving force and adviser in her first steps was the Director of the Institute of Genetic Improvement and Plant Genetic Resources, Eleni Malupa, and the leading scientists and professors of the Agricultural University of Athens and the Democritus University of Thrace. 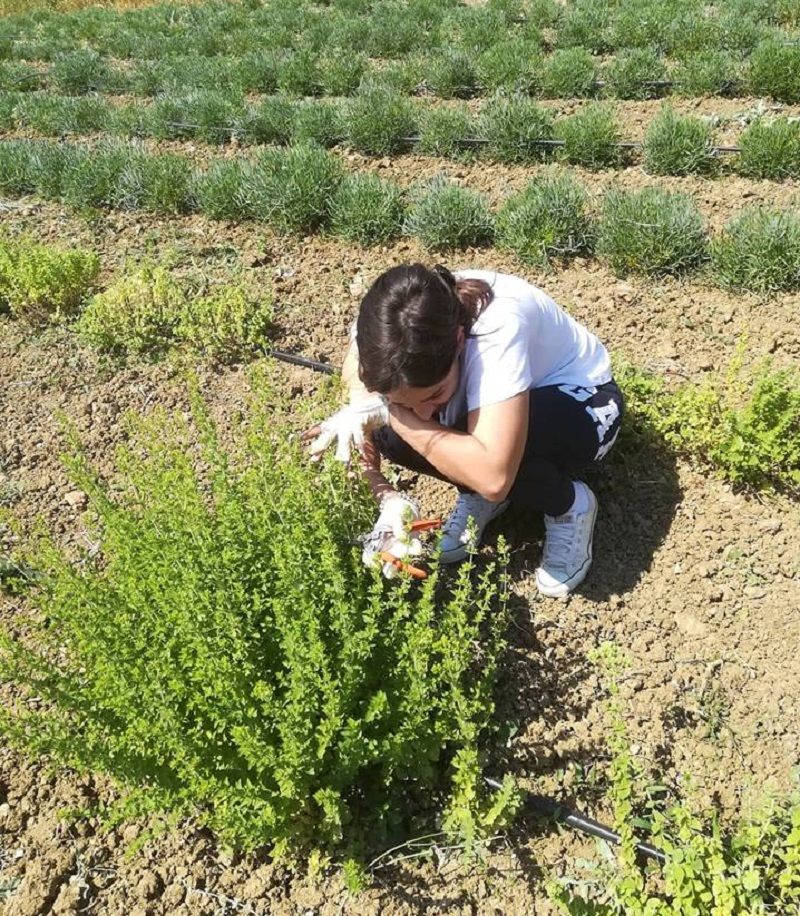 She started her own research and, mainly through seminars and exhibitions, she managed to set up her own business. After two years of cultivation, Argyro moved to the standardization called “Myrovolos Organics”, which fully represents its aromatic products and makes a clear reference to their place of production, since Chios is also known by the name of “Myrovolos”. “I wanted a name to show the origin of the product, but also the type of cultivation, as it has been certified as organic,” she admits.

The standardization came when there was production and the creation of the workshop of the company was created by the inclusion of Argyro in the program of young farmers, which was an important aid. After designing the label and finding the right packaging, the products came out on the market, in 2017. 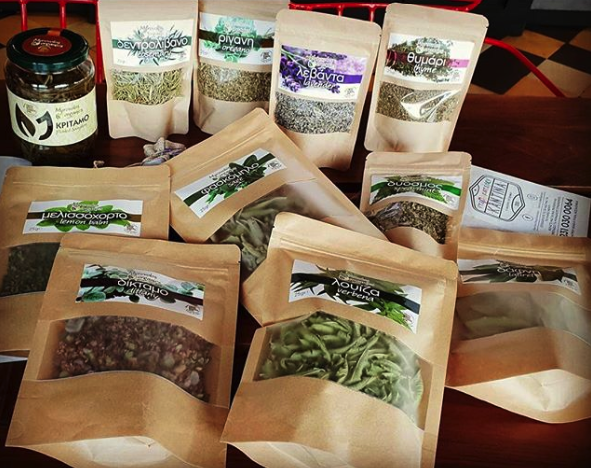 Getting started, finding customers and setting up the network was a difficult task. The 26-year-old farmer started knocking on local stores’ doors with samples of her products in hand so people could try and get to know them. “I first wanted to consolidate the product locally and then go to other areas,” she says, “I want to say a big thank you to the professionals and the consumers of Chios, because they embraced my product from the first moment and even embraced it so much that they were coming to ask for it for their stores.”

She set up her own network in the field of agri-food and “We helped each other find customers,” she points out and sends her own message to all local producers that extroversion and partnerships are the key to success. 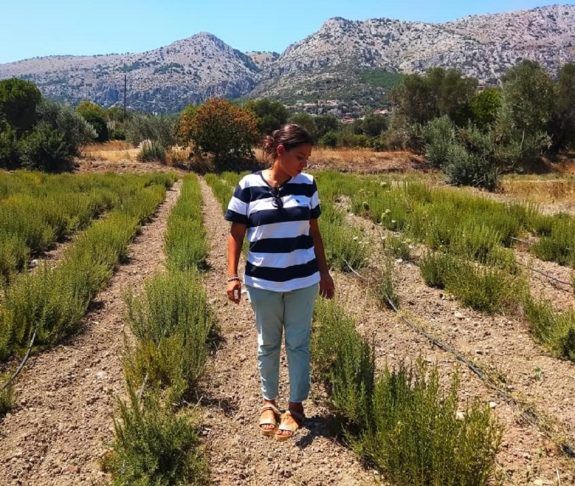 While starting from local shops, delicatessen, supermarkets, grocery stores, coffee shops, pharmacies etc., in the end, the local establishment allowed the business to spread to eighty shops all over Greece and to export to three cities in Germany.

“Quality and the overall image of the product played an important role. With this help, our business has set a very good brand name for the island and all this brought the award of my business for innovation by the Chamber of Chios, in November 2018” Argyro admits. 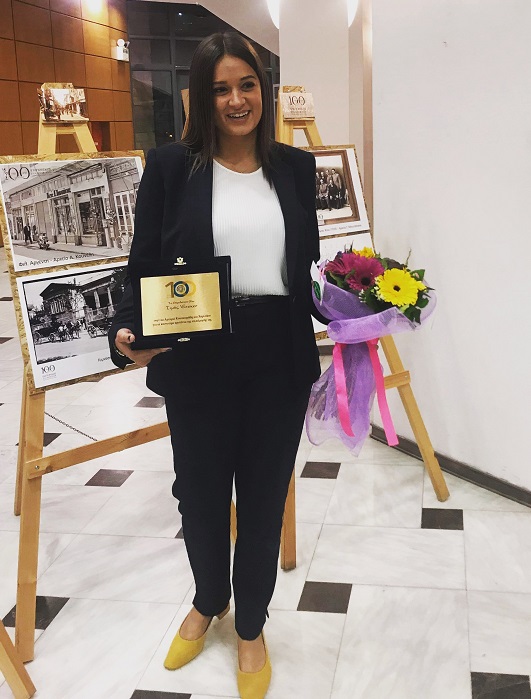 Today, “Myrovolos Organics” has 13 different herbs – among them are thyme, mint, capers, lavender, rosemary, dittany, mountain tea, oregano) – while Argyro Koutsouradi is responsible for their cultivation, which is strictly organic, with the harvest and then with the drying and standardization, to reach the consumer’s hands in packages that keep their aroma and taste unchanged.

Argyro Koutsouradis from Chalkios village of Chios wanted to showcase the richness of the place. The 26-year-old farmer managed in four years to make her goals reality and her dream, truth. 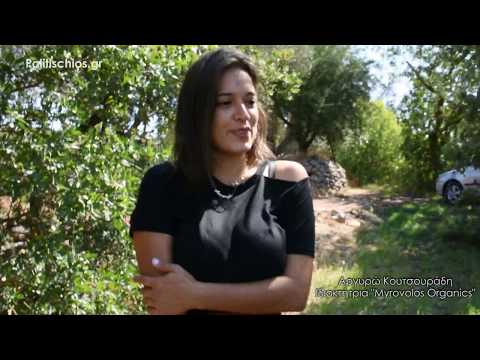