Τhe leading marketplace for freelance talent in the UK

PeoplePerHour is an online community of talented members wishing to offer their services remotely at the touch of a button. It provides access to businesses to thousands of skilled freelancers in hundreds of different areas and is the most trusted source where someone can complete any job one needs, quickly, reliably and at a low cost, from designing a logo to building a blog or video promo.

The goal of PeoplePerHour is to make it even easier to sell and buy what the company terms ‘semi-remote’ work. Unlike many freelancing sites that promote cheap volume offshoring for services like computer programming and IT, PeoplePerHour has created a marketplace of more local services.

“Everybody has free time and skill or service that has value to someone. Hourlies connects people with others — even in their own area — who will pay for that skill or service. It helps people not only earn extra cash by ‘moonlighting,’ but also take the first step in creating a full-fledged entrepreneurial business, an ambition most people harbor,” says PeoplePerHour founder and CEO Xenios Thrasivoulou. 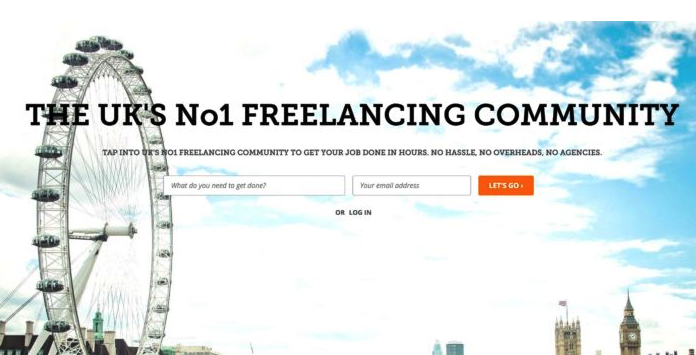 PeoplePerHour, with offices in London and Athens, was founded in 2007 by Xenios Thrasivoulos and Simos Kitiris and, supported by Index Ventures – Venture Capital in Europe – managed to become the largest community of SEM in the short term by linking businesses with freelancers around the world.

The whole project began as an experiment from an earlier business that Mr. Thrasyavoulou had, the offline version of what PeoplePerHour is doing today. “We were an old-fashioned outsourcing agency, initially for services to consumers and then to businesses. We went to businesses, especially small ones and we offered to do all the work they didn’t want to do. We charged $ 25 an hour. I hired former secretaries, and as I kept them busy for 70% of their time, they covered their costs. 30% was my profit. One day I had an idea. “

He thought that instead of paying for these people and getting them hired through him, he would create a site in which they could directly hire themselves. “Within a week, our developer made a site with the two basic principles of “looking for services” and “providing services”. People make requests that we receive. Then, a search is made in the list of services to find the people who offer relevant services, the top 10 of them is sorted out and with an email, they are asked to offer for the job. From these offers, the three final ones are more meaningful and are sent to the buyer to decide.”

Businesses opting to use the website are often start-ups or SMEs looking to grow flexibly by hiring freelancers to handle projects rather than hiring in-house or via agencies. Jobs start from little as an hour (“Hourlies”) and can be ramped up as needed to build whole teams online, meaning the model is scalable all the way up to global enterprises.

They operate as part of what has become part of the “talent cloud” with thousands of freelancers, offerings a range of skills on a flexible and efficient basis. They also promote the benefits of freelancing as a means to allow people to live more freely, working where and when best suits their chosen lifestyle.

PeoplePerHour, as the leading marketplace for freelance talent in the UK, PeoplePerHour hold a powerful insight into the self-employed segment of the labor market and have created and collaborated on numerous research projects on SMEs, freelancing and the gig economy and provide resources for new and growing businesses and those looking to pursue a freelance career. 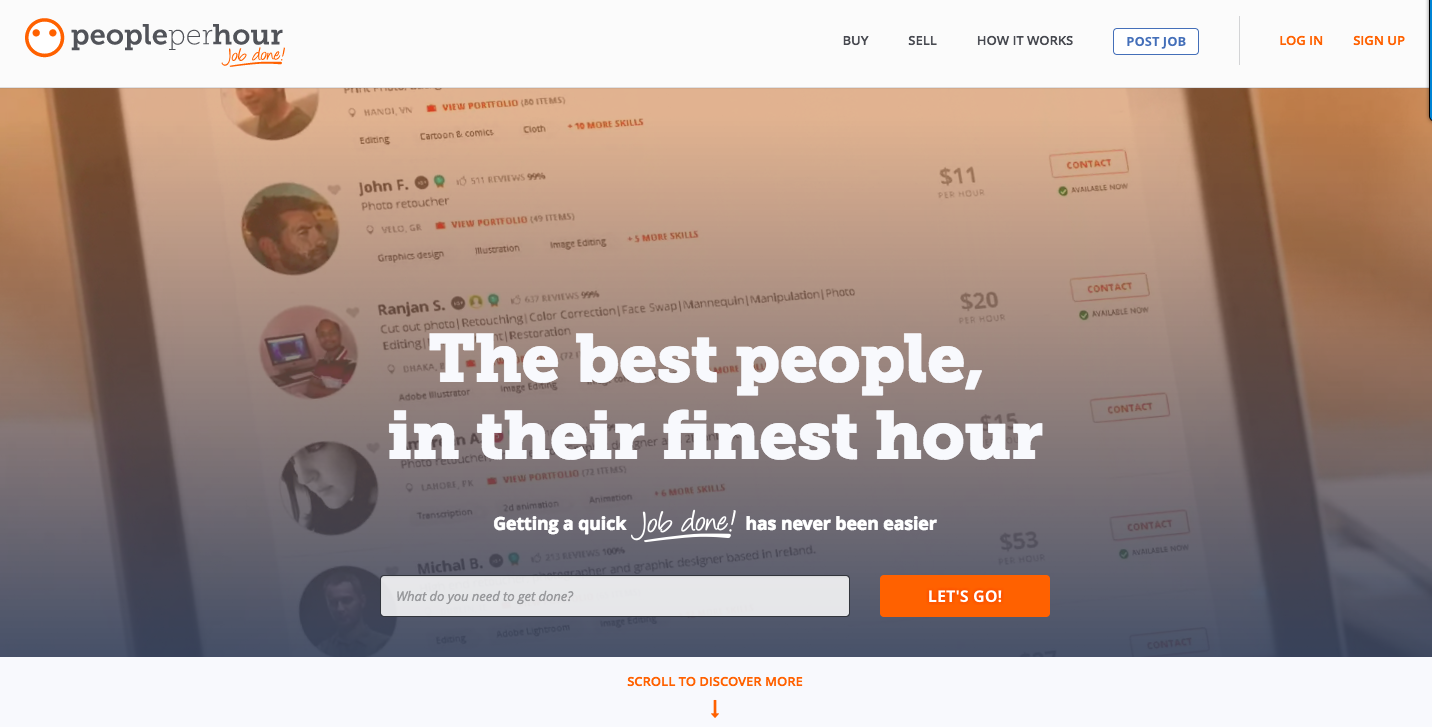 There is some debate as to whether the emergence of this type of freelance marketplace is part of a longer-term structural change in the way that companies across the world manage their human resources. Figures from the UK Office for National Statistics show that 358,000 more people aged 65 or over are currently working than was the case a decade ago. Usage statistics from PeoplePerHour indicate that the number of retirees looking for work using the website has increased by 137 percent during 2012.

Since launching in private beta in May, thousands of Hourlies have been posted ranging from small business support services, like video analysis of a website’s effectiveness for $45, and a bespoke itinerary for a vacation in London for £30.

The company has taken freelance work down to a more granular level, something that not only suits many freelancers as one-off jobs but can also help smaller businesses looking for help without having to buy in bulk. 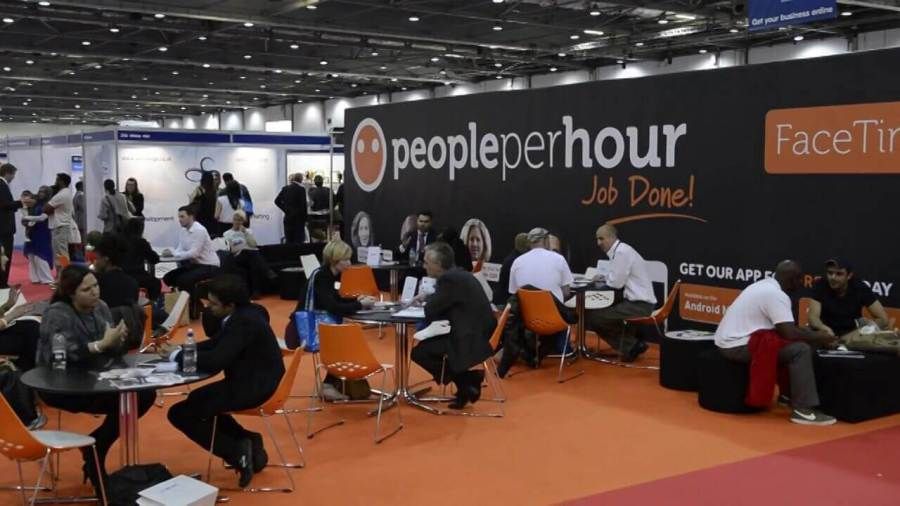 “By bringing the unit of work down to as little as one hour, and giving power to the worker to define what they can do and at what price, we’re unlocking a huge untapped market for micro-services that people can deliver in their spare time,” says Thrasyvoulou. “That’s great for workers, and for businesses and consumers the world over who need project-based freelance help.”

The company has experienced consistent growth of more than 100% year-over-year since its inception and has expanded operations to the US to match demand for the $83M in work being transacted through the site, has solved over 1 million problems for businesses, connects 1,556,539 freelancers and 751,831 businesses and has paid £ 106,454,830 to the freelancer community.

In August 2012, PeoplePerHour was named by the science and technology magazine, Wired UK as one of “Europe’s 100 Hottest Startups of 2012”, while media such as BBC, Forbes, Entrepreneur Magazine and Bloomberg praised it and agreed upon its important contribution and facilitation for businesses, freelancers and work at a distance. 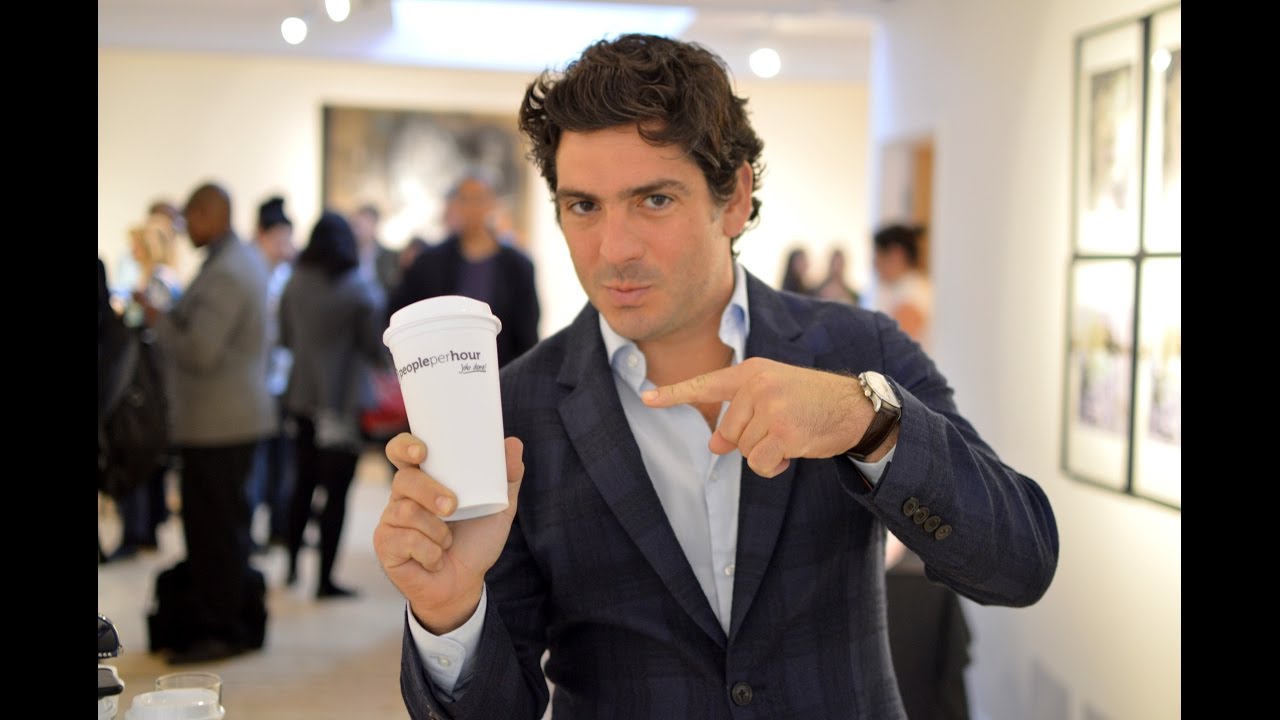 Mr. Thrasyvoulou is a graduate of Cambridge University with an MA/Meng where he was awarded a mark of Distinction for his Masters’ dissertation. He has attended multiple executive education programmes at Harvard Business School and is a noted speaker on entrepreneurship in numerous forums, events and business schools, including INSEAD business school. 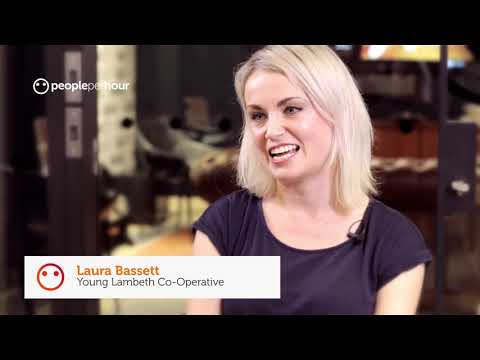