The first company which bottled olive oil in Halkidiki

“Stater” has been active for the past 20 years in the food sector with the aim of creating products with an identity that highlight the delicious richness of the Greek and Mediterranean diet, prepared with materials of high-quality standards.

Starting from its production base in Halkidiki, mainly with olive material, the company has selectively enriched its variety of products, always on the basis of their excellent quality. Its olives come from private olive groves, while the production process is carried out with the cooperation of Agrocompassiki Halkidiki SA and under its constant control until it reaches the consumer. The rest of the products and materials are procured by producers with whom the company maintains long-lasting relationships of trust and shares the same vision. 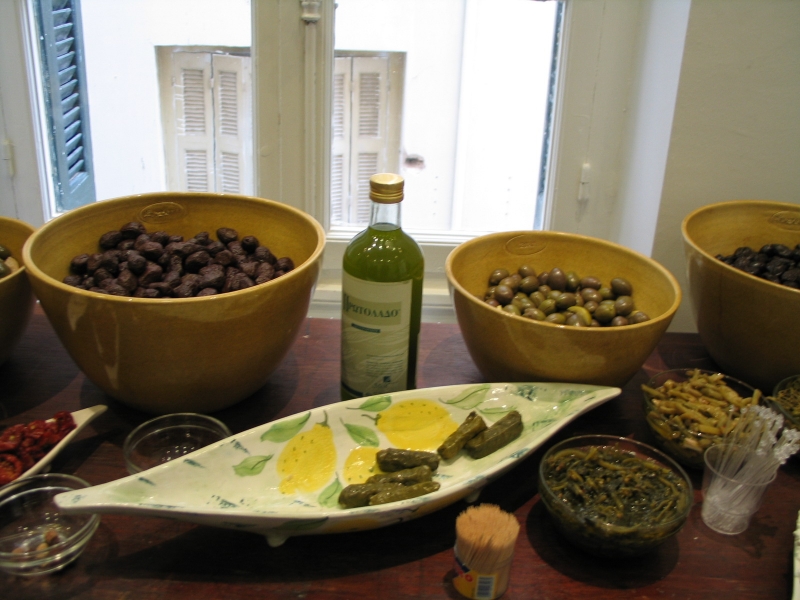 The main person behind “Stater”, the creator of the virgin olive oil, is Dimitris Portolos, managing director of the Greek Hellenic Minerals Company, which since the 1980s started to produce small quantities of oil in his olive groves in Olynthos. However, their systematic exploitation began in the early 1990s when he decided not to dispose of the produced olives as edible rather than to create the famous Halkidiki olive oil.

Since then, Stater, for about 15 years, has struggled to recognize it as a PDO product and has succeeded in making it one, while it is the first company to have bottled olive oil in the Halkidiki region. Still, “Stater” olive oil has an acidity of less than 0.3% and in 2013 it was included in the list of Marco Oreggia with the best olive oils in the world. 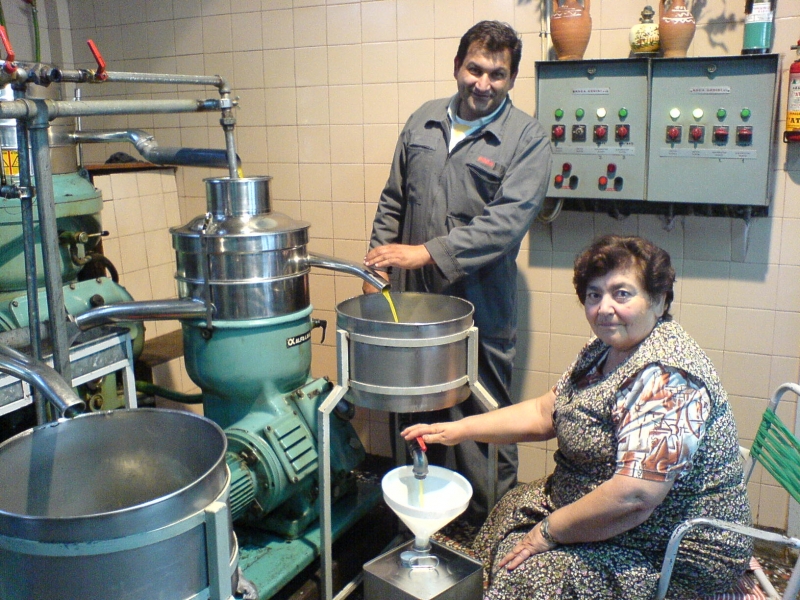 Its products include Almas, a typical olive tree of Halkidiki, which comes from a traditional, local olive variety, which is always harvested by hand when it begins to mature at the end of October and mid-November. Then the Almas are put in thick-salt casks for 3-4 months to clear out the necessary fermentations. In this process, frequent rolls of the barrels are required. It is worth noting that no preservatives are used and that the olives are kept in their own liquid.

Green olives, a variety of Chalkidiki, are harvested by hand in early autumn. The olive has impressively large sizes (91-100 pieces per kilo), distinguished for its crisp texture and its slightly spicy flavor. The green olives of Halkidiki are ideal for many uses, such as ouzo mezes, salads and cooking. 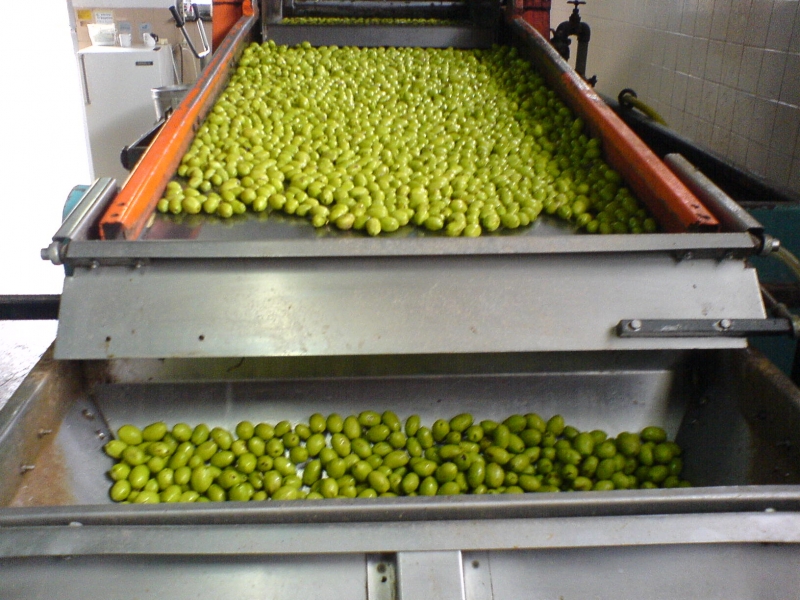 The extra virgin olive oil “Vottiki” is produced from olive walnuts of two local varieties cultivated by the company in its own olive groves in the hills of central Halkidiki, in the wider region of Polygyros. For the creation of “Vottiki”, green olives are used, which enhances the aromatic characteristics of this olive oil.

The company produces products that represent authentic Greek flavors, choosing materials of high nutritional and taste quality, respecting local cultivation traditions, while its products are processed and packaged with the absolute criterion of maintaining authenticity and naturalness but also with strict safety and hygiene standards. 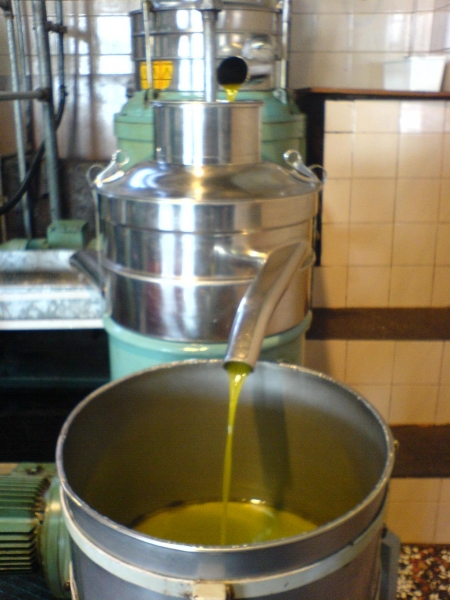 “Stater” believes that the Greek food product must be identical to the local production and strengthen rural society economically and culturally. That’s why its materials, mainly from the Halkidiki region, come from selected production and cottage industries, and they have the knowledge of many generations. The company’s purpose is to satisfy consumers and “we feel that it is our duty to supply them consistently with products of high taste and dietary quality and of course we are constantly studying to expand our variety” as it is also written on its site. 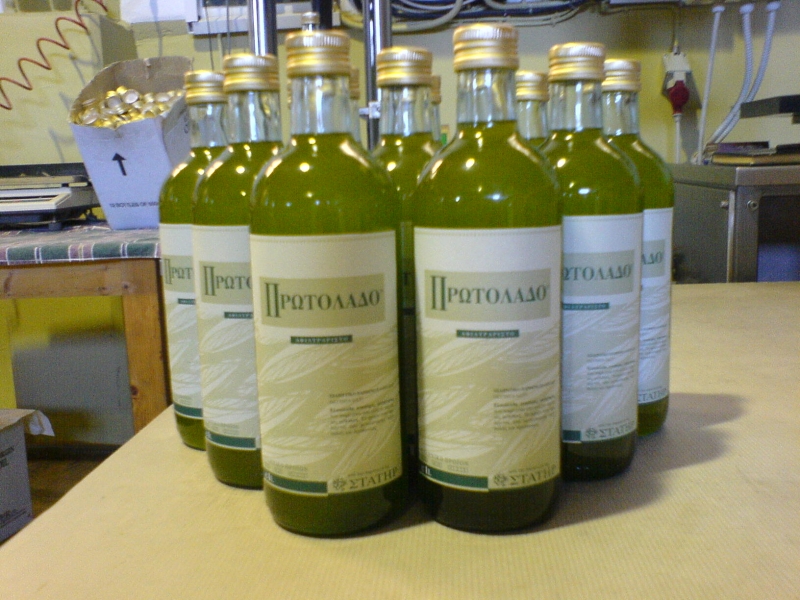 Its products can be found in supermarket chains as well as in small specialty shops of high standards, while they are consumed by Greek as well as foreign restaurants and hotels, choosing Mediterranean cuisine. “We are always keen to offer to the family meal and, to the experiences of the young, those elements of tradition, taste and hygiene attributed to the Mediterranean diet.”

The Gastronomy Awards are awarded to the distinguished companies after successive exploratory visits to the production and handling areas, following tasting tastings carried out by chefs and the editorial committee of the magazine. Among the criteria taken into account are the use of local raw materials, traditional and authentic know-how, and the use of modern means of production. Also, an important factor is that the winning companies are financially healthy and profitable and they deserve Greece abroad desperately with their exports. 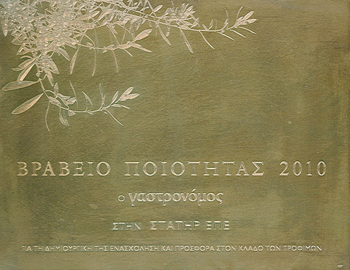 – Silver Award for the Almas olives of Halkidiki

The Guild of Fine Food Retailers’ Great Taste Awards are considered to be the most prestigious and recognized awards for food and beverages in Great Britain. The Guild of Fine Food Retailers acts autonomously and independently and trusts consumers, buyers and retailers. Each product is evaluated separately by a panel of 300 judges. In 2003 Stator was awarded the “Silver Award” for the high quality and special taste of the olives of Almas of Chalkidiki. 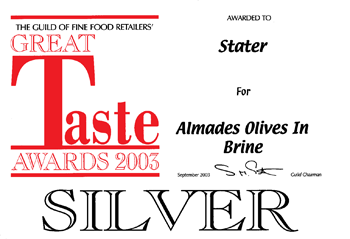