The multi-award winning olive oil of Lesvos, Protoulis, for over four decades produces local, excellent in the body and color olive oil, with the same goal; the production of a high specification product with the unique aroma and characteristic natural fruity flavor of olive juice from the 200 acres of organic olive groves.

The origin of the family is from Asia Minor, like many other inhabitants’ of the island who, in difficult times, crossed across and settled in various parts of Lesvos. The parents and the four Protoulis siblings chose the province of Plomari to start their new life, and then, George, born somewhere in 1880, was the only one who remained on the island, as the other three migrated to South Africa. 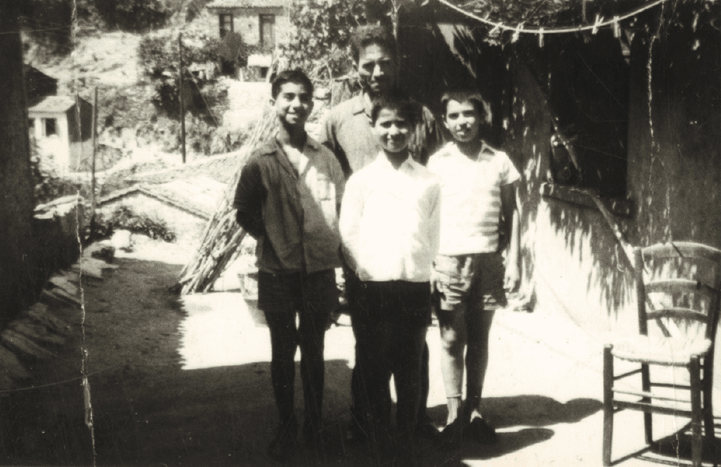 At that time, the main agricultural occupations of the inhabitants were the cultivation of vineyards and olive oil production, harvesting in the summer and gathering olives in the winter. It was then that the island’s long tradition of winemaking, production of oils and olive oil began.

Giorgos Protoulis, at the end of the 19th century, owned thirty acres of which the harvest was painfully done and had to be effortlessly transported to the small, traditional, old-style potters of the area. By the time his son, John, Kostas’ father, decided to work harder and invest in local olive oil, buying another fifty acres of land, and in 1975, building his first oil mill in Megalochori. 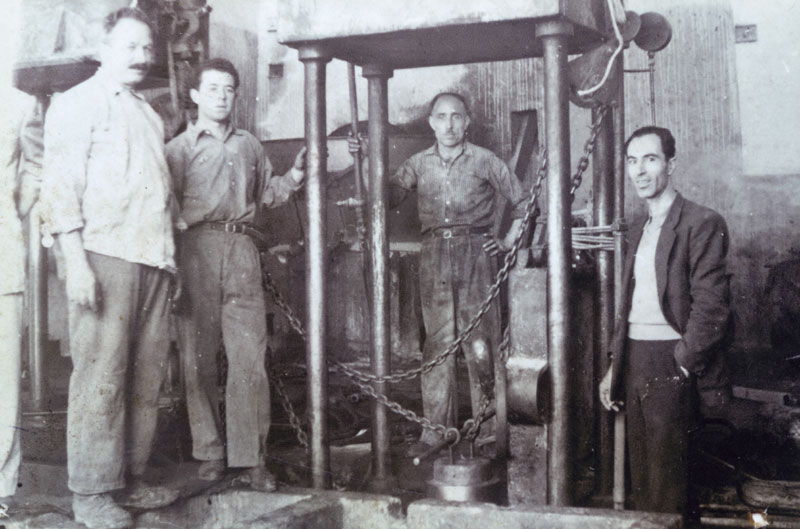 Of the three sons of John, Panagiotis undertook the marketing of their products in South Africa and George and Kostas stayed on the island and developed the company. George died young, resulting in Kostas undertaking his family tradition by constantly investing in improving the quality and increasing the quantity of the produced olive oil.

In 2005, he acquired a second stone mill in Tringa, while at the same time he bought land and nowadays he cultivates 400 acres of mountainous and semi-mountainous – mainly- olive groves.

The modernization of the two olive mills, a new, state-of-the-art bottling plant, a smaller one for experimental oil-mills and the development of the visitors, are in his ongoing plans for the progress of the family business. 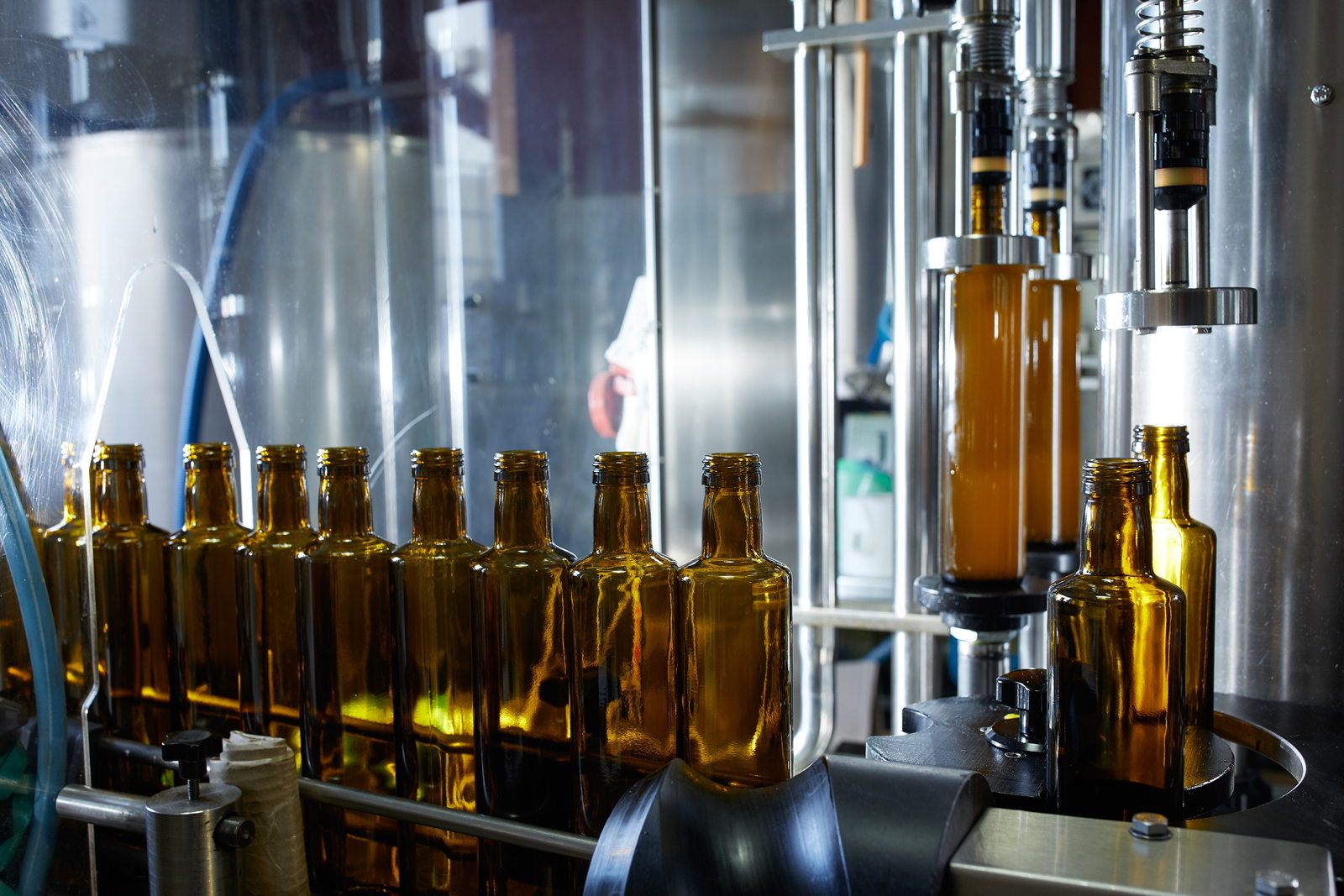 Besides, the two biggest of Kostas’ three sons, Yannis and Paraschos, are already actively engaged in it, being determined to pitch in on the future of the company. Yannis, having studied Business Administration at the University of the Aegean has a more administrative and managing role, while Paraschos, a person of the production, learns the secrets of cultivation, caring and oiling every day, next to his father.

From the Asian-Minor, strong-willed grandpa, to Giannis and Paraschos, a lot of things have changed in the olive oil production of the island of Lesvos and the Protoulis family. Their goal, however, always remains the same; the production of a high specification olive oil. 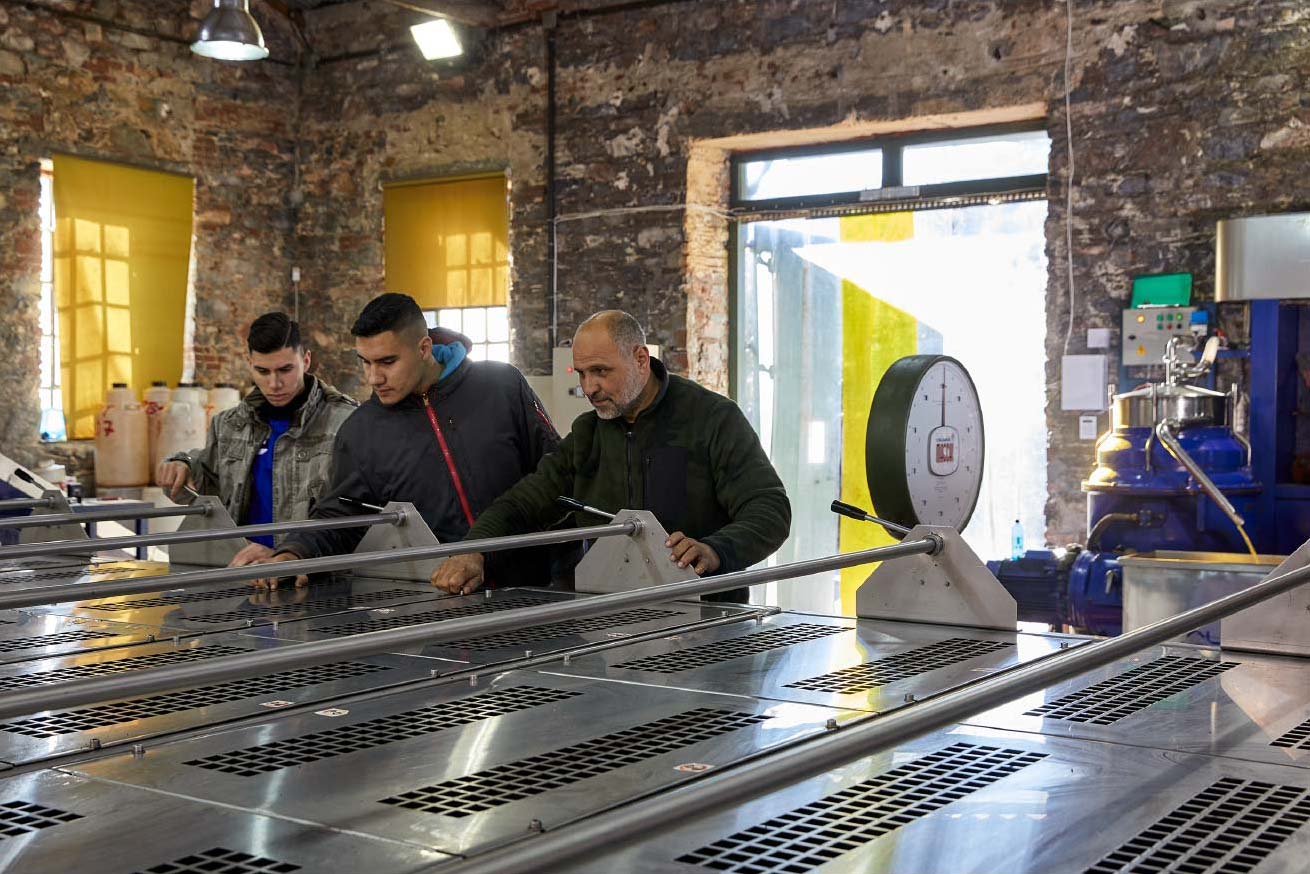 “Whether it is the harvest period, which is the most painful or it is spring or summer, our mind always thinks about the weather and the work that is to be done. And the hours are never enough. Checking the trees and the evolution of the fruit, coping with the unpredictable and extreme weather phenomena that are increasingly thickening, improving transport conditions, production and packaging methods, even lower acidity, even better quality. Every year you struggle to exceed yourself. The great reward is when you succeed and you have an excellent olive oil in body, color and aroma. And then you can rest. For a little while.”

The dominant varieties of the island are three, Kolovi, which covers 65% of the olive groves, Adramytiani, which covers 30%, and Ladolia, which covers 5%. From the northeast side of the flatlands, cultivation is easier, since the estates are flat and the harvest can also be done by mechanical methods. 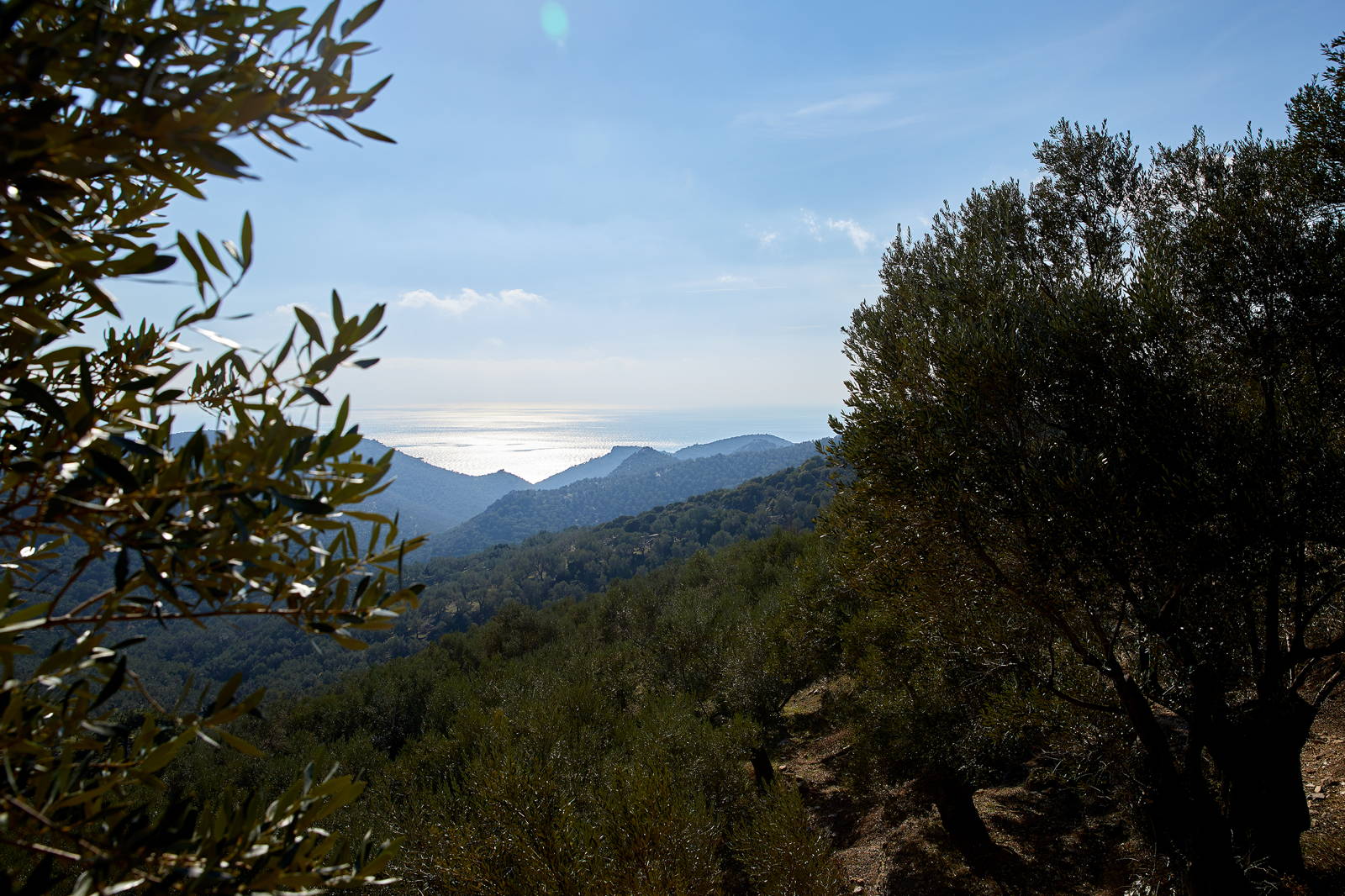 However, in the mountainous areas, over the area where Plomari is located, where the Protoulis family’s groves are, everything happens with great physical struggle. To ensure quality, the fruit must be harvested from the tree at the right time. “You have to spread and gather your nets several times and climb the steep terraces”.

In Megalochori, in the mountainous village of Lesvos, with an altitude of 670 meters, the first Protoulis olive press is located, which spreads over 600 square meters of covered areas. When it started its operation, the facility had only hydraulic presses, and today, after several modernizations, it has modern equipment with a cold press capacity of 3.5 tons per hour. The olive oil produced is stored in stainless steel tanks of 500 tons, while maturing is done in perfect conditions of thermal insulation and photoprotection. The standard has a bottling line for glass containers and two extra for tinplate containers. 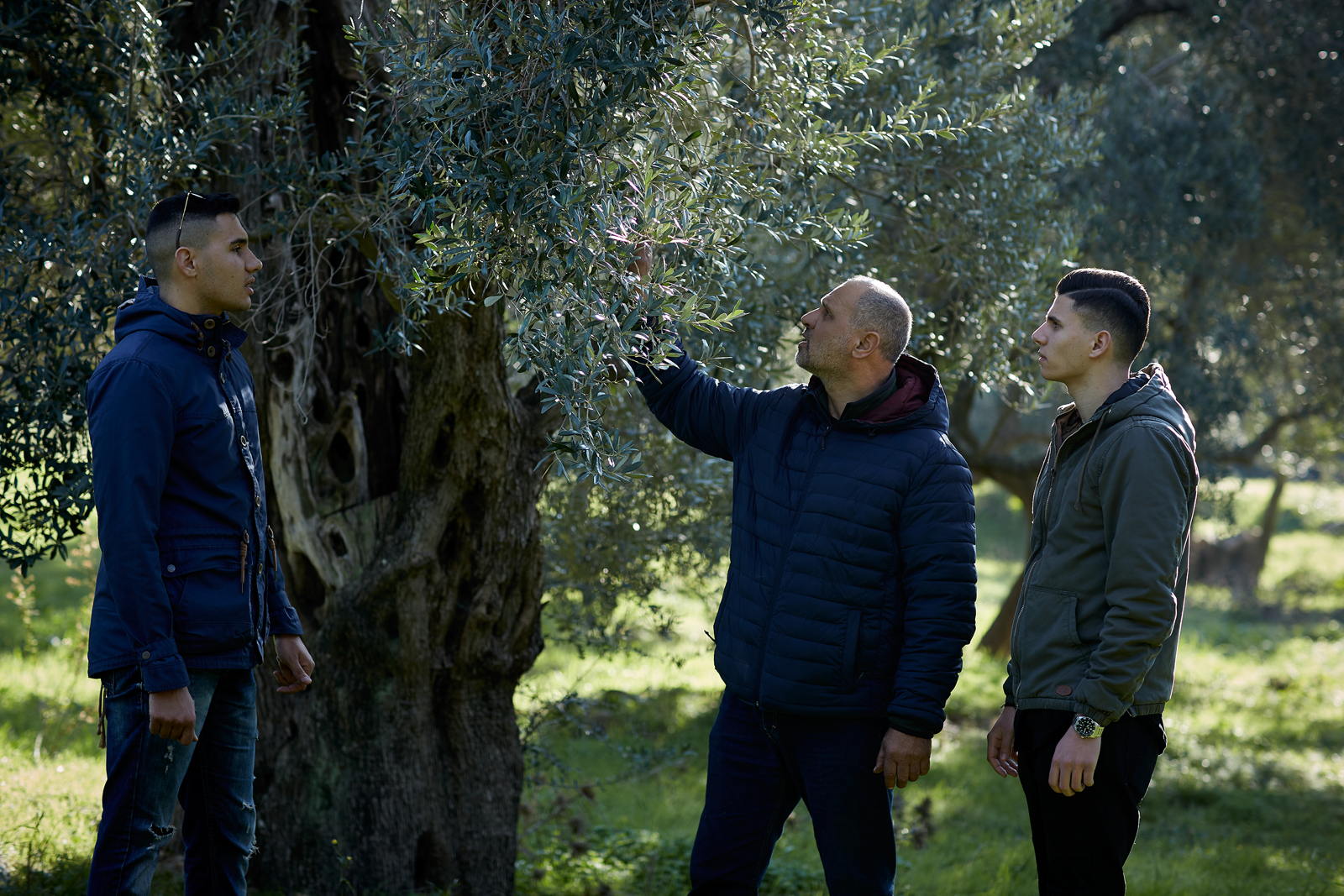 The second oil mill, in Trigona, was acquired by Protoulis in 2004 and operates in one of the oldest (oil pressed) of the island, dating back to 1928 by a family of American expatriates. The old, traditional equipment is displayed in the mill in a special place and the visitor has the opportunity, with a parallel video projection, to tour in the long history of olive oil production on the island in English and German.

Today, production is made with latest-generation mechanical equipment and a 4.5-hour heat treatment capacity per hour. Stainless storage tanks with a capacity of 400 tonnes are located in sheltered areas of fully controlled temperature. 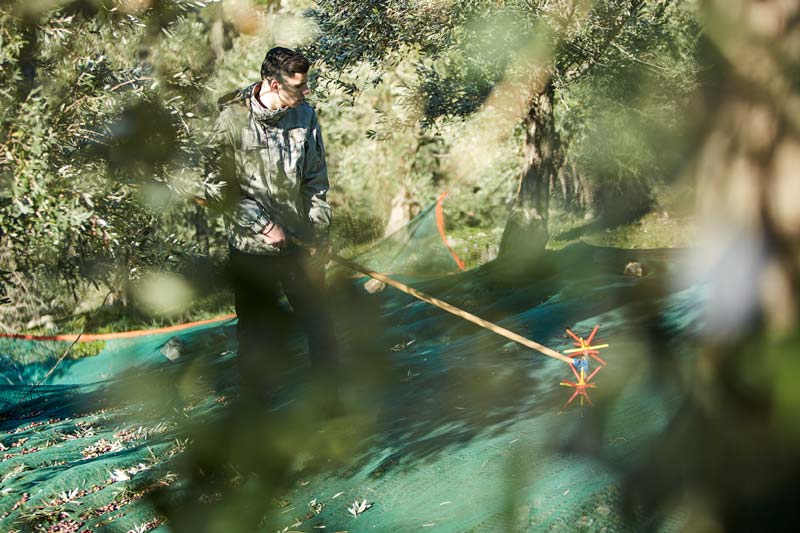 The company expands and continuously invests in new technologies and equipment. In 2013, it acquired a new standardization unit next to the stone-built old oil press, where it will produce exclusively its high-quality products – mainly organic. These areas are 1,000 square meters in size and accommodate stainless steel tanks of 350 tons of nitrogen to prevent the exposure of olive oil to oxygen.

The emblematic and older one of the three Protoulis products has a rich collection of prizes and medals that has received over the years in world-class competitions, and since 2004 has received more than 35 distinctions in major competitions, with half of them won over in the past three years. 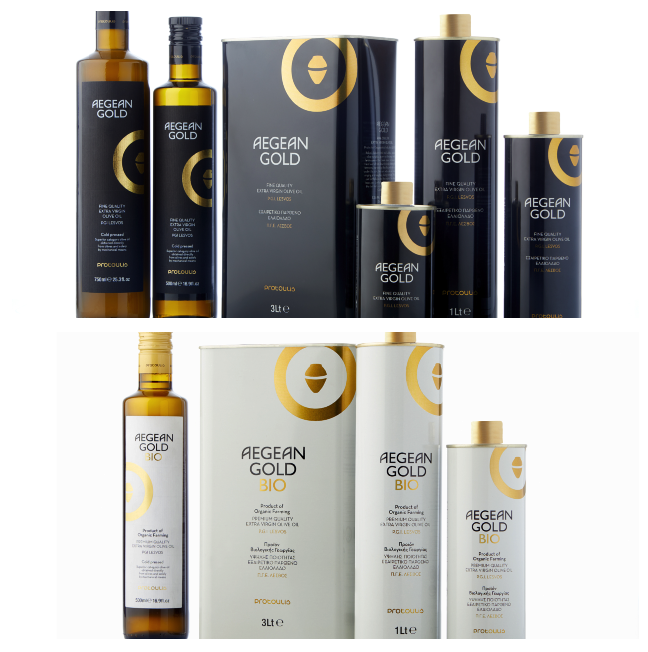 It is part of Lesvos. It is mainly produced by Kolovi, a variety that gives it its intense, fruity character, but its composition also contains Adramytiani and a little Ladolia. The first gives it the aroma and the rich texture and the second the mild, slightly semi-sweet, balancing taste. They all attend to create a fine, extra virgin olive oil, with a golden-green, glowing color and full body taste. Organic Aegean Gold Bio offers the taster all the above features with even greater intensity and refinement. 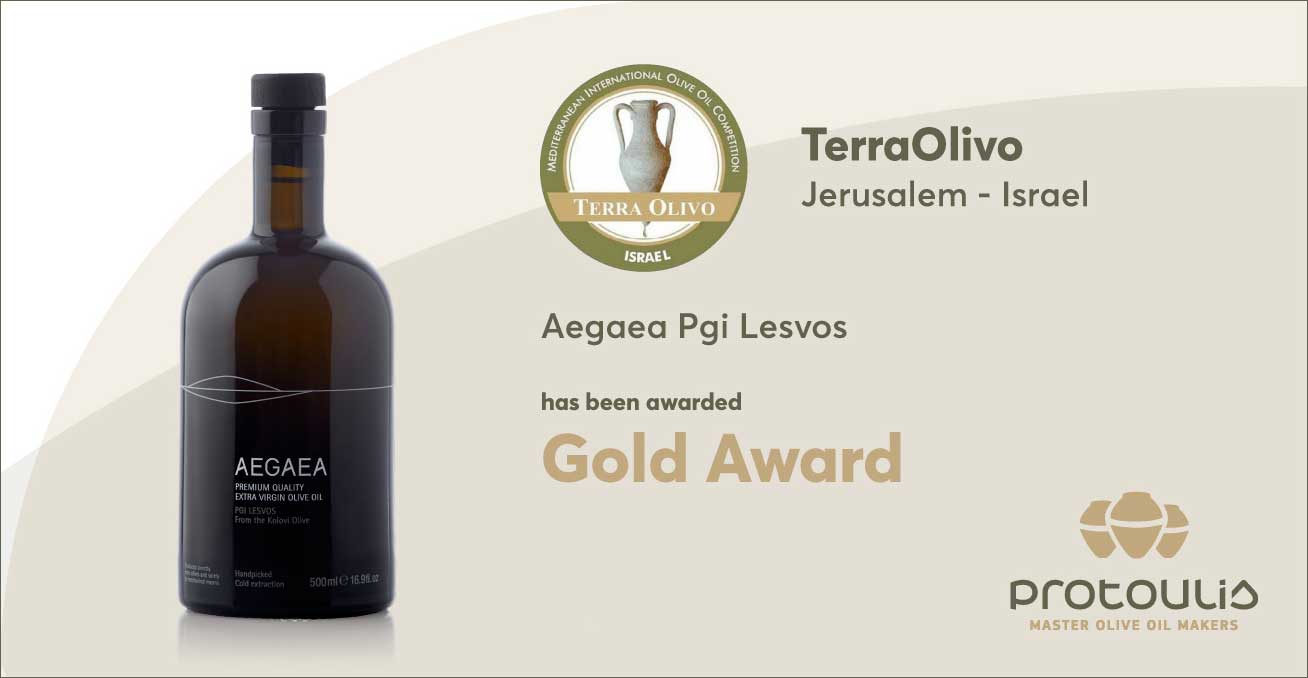