Loutraki, the second biggest urban center of Corinthia, is built on the foot of the Gerania Mountains and is the seat of the Loutraki – Agioi Theodoroi Municipality. A known tourist resort of the country, mainly for its thermal spas, its mineral water and its casino.

Loutraki lies 84 kilometers away from Athens and 4 from Corinth, while, according to the 2011 census, it had 21.100 residents. During the Antiquity, the area was known as Peraia land and at the place of Loutraki laid the ancient county Thermes or Thermae, favorite city of the gods and its patroness was Thermia Artemis. Its current name is owed to its thermal springs – spas.

– A monastery named Osios Patapios is located about 10 km NW of Loutraki on Geraneia mountain, offering great view of the Isthmos area and the Gulf of Corinth.
– The Thermes or Thermae, now Loutraki, is the oldest Greek resort. The first municipal “bath-shop” was in 1874 and first spa were built in 1934.
– The crystal clear sea of Loutraki, is rewarded constantly from 1987 with the “Blue Flag of Europe” 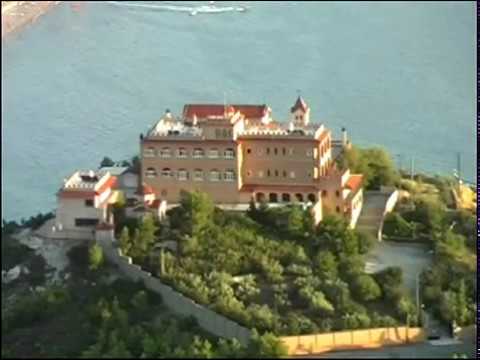