The traditional island that travels in time

“Εmbraced” by blue waters, paved alleys, smells of food that brings you to your memory family moments, beautiful beaches for every taste and a country built on the high point of the island to welcome you. Somehow, Skyros welcomes its visitors, with traditional jar jelly sweet and the  Skyrian horses ready to guide the travelers to the beauties of the island.

According to a post-Homeric myth, Thetis hide in Skyros her son Achilles to prevent him from going to fight in Troy. Dressed in feminine clothes with the name Pyrra, he survived hiding among the daughters of King Lykomidis, making even a son, Neoptolemos, with the princess. Soon after, Odysseus arrived on the island disguised as a vendor, and while all the girls showed their interest in the fabrics and perfumes, the only “girl” who was interested in the weapons was Pyrra, thus revealing Odysseus Achilles and took him with him to Troy. Another myth says that Achilles plundered the island of Skyros to punish Lykomedes for the killing of Theseus king of Athens. 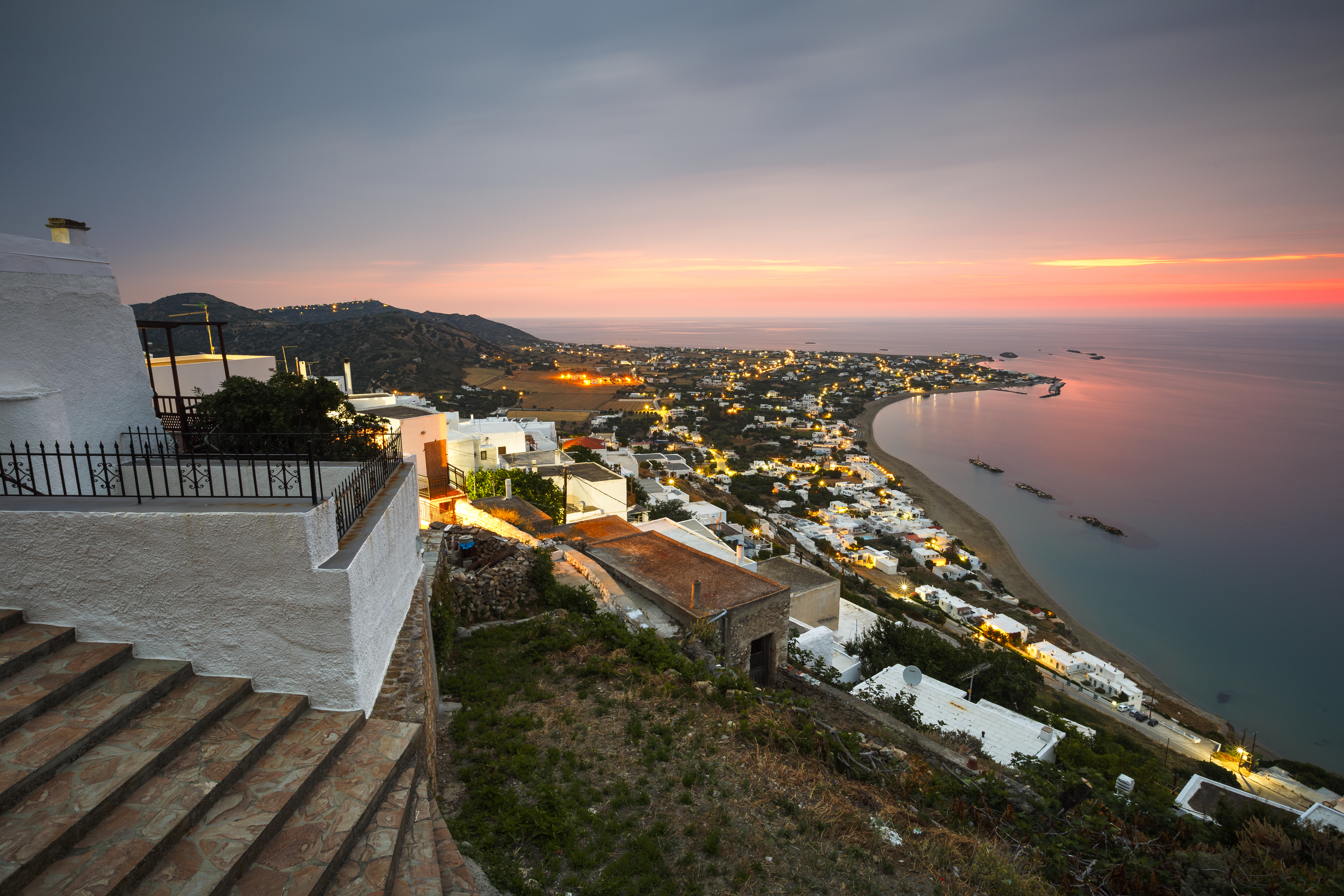 The first trip to the island

The journey starts from the first moment that the visitor sees the port of Linaria, generously the island gives its beauty, mountain and sea combined in a great and balanced way.

The Aegean Sea of Skyros is the largest and southernmost island of Sporades, its lonely position in the sea makes it look like a rocked ship that traveled in time and dropped anchor in the blue waters. Just a breath away from Evia makes access easy on the island, travelers have the option to travel by boat and also by air because the island has an airport.

Walking in the country (as the locals call it) the smells of jasmine and basil imply the traveler, the “whitewashed” yards of the houses look like canvases waiting for a painter’s hand to give them colors. A few steps further, Brook Square is ready to welcome the “guests” and give them a walk in space time through its Archaeological Museum. The city of Skyros coexists harmoniously with tradition giving space for everything new with all the knowledge of its history and customs. 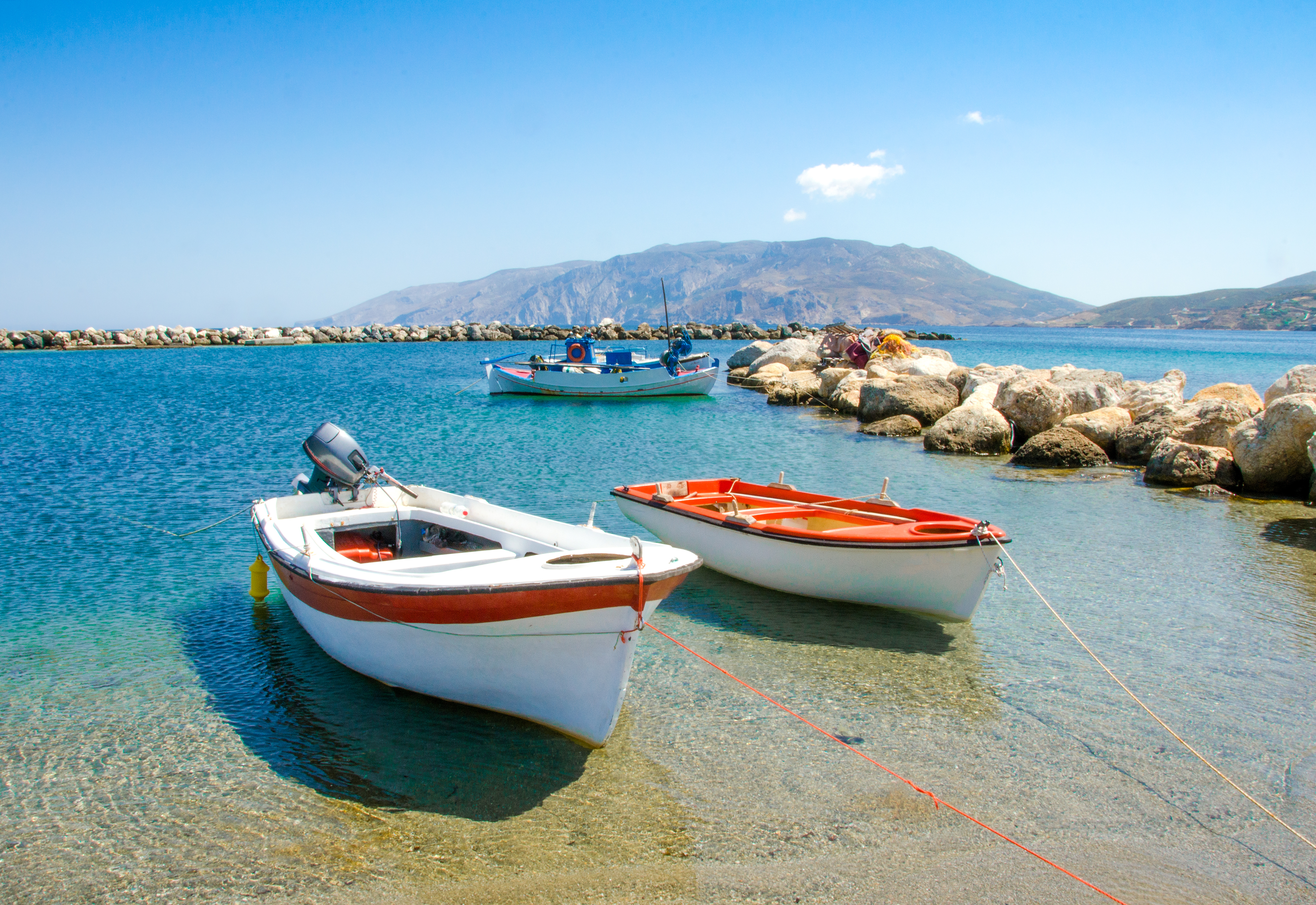 Discovering the “hidden” spot of Pirates

The island, for the most part, is mountainous mainly in the southeast, where there are the mountains Kochilas, Kumari, Piraeus and Fanoftis. In this magical combination the beaches and the waters of Skyros give to the traveler the opportunity to swim in fabulous blue waters, on shores – almost idyllic – such as the beaches of Gyrismata, Kalamitsa, Pefkos and also Sarakiniko, a small island known as the spot of the pirates, where the traveler can visit by boat from Linaria and enjoy the turquoise waters with the white sand. 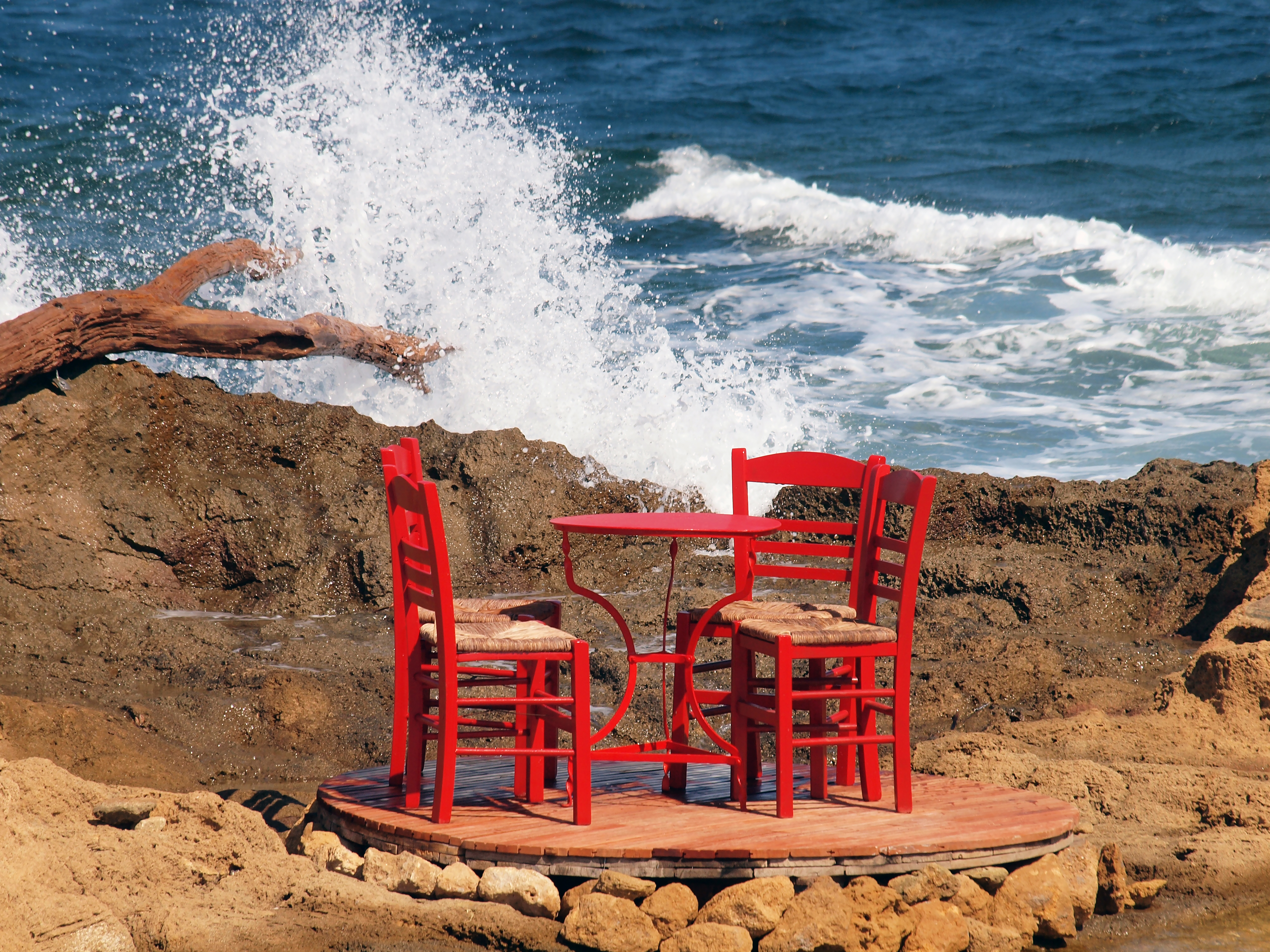 The magic is that the island’s choices are so many that one can be found from climbing to diving without even having to move a lot. Many are visiting the island for gastronomic reasons, as it is known for its lobster, lemon or kerchikis goat, but also its cheese pie made from local cheese. The taste of food on the island is different because the raw materials are almost exclusively from the place and bring to the palate memories of other times. Sweets such as the donuts made by the women of the island are fried and served warm with honey and cinnamon.

The island constantly keeps its traditions not only in food but also in its customs and customs. During the period of the Carnival, it is filled with people of any age where it visits Skyros to attend the special events of the masters of “Eros”, “Kareles” and “Franks”. The impressive costumes, the satirical verses of amateur poets, the Dionysian mood make up a festive atmosphere on the island, this is another reason to visit Skyros in the rest of the season except for the summer. 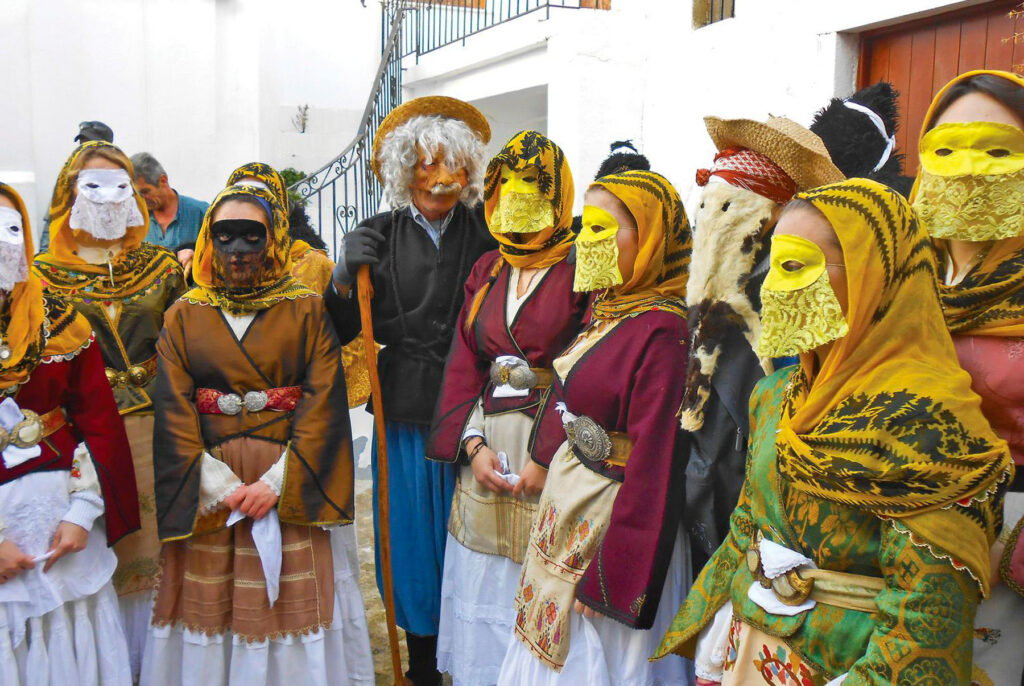 Combining all the seasons

The island beyond its “obvious” beauties has many hidden ones, such as caves with blue waters, where one can swim and find many shells. The images of the stalactites and the colors that change the water according to the light create a world all the time. The boat departs daily from the port of Linaria and reaches as far as the caves and the stone-built Lighthouse at “Lithari”.

The choices on the island of Skyros have no limit, in a green landscape with pines and olives, which reach to the sea, is Atsitsa, a small village with a characteristic attraction of the stone pillars, remnants of the railway line they built in the early 1900 and were used to transport iron ore from the mines to the mountain. 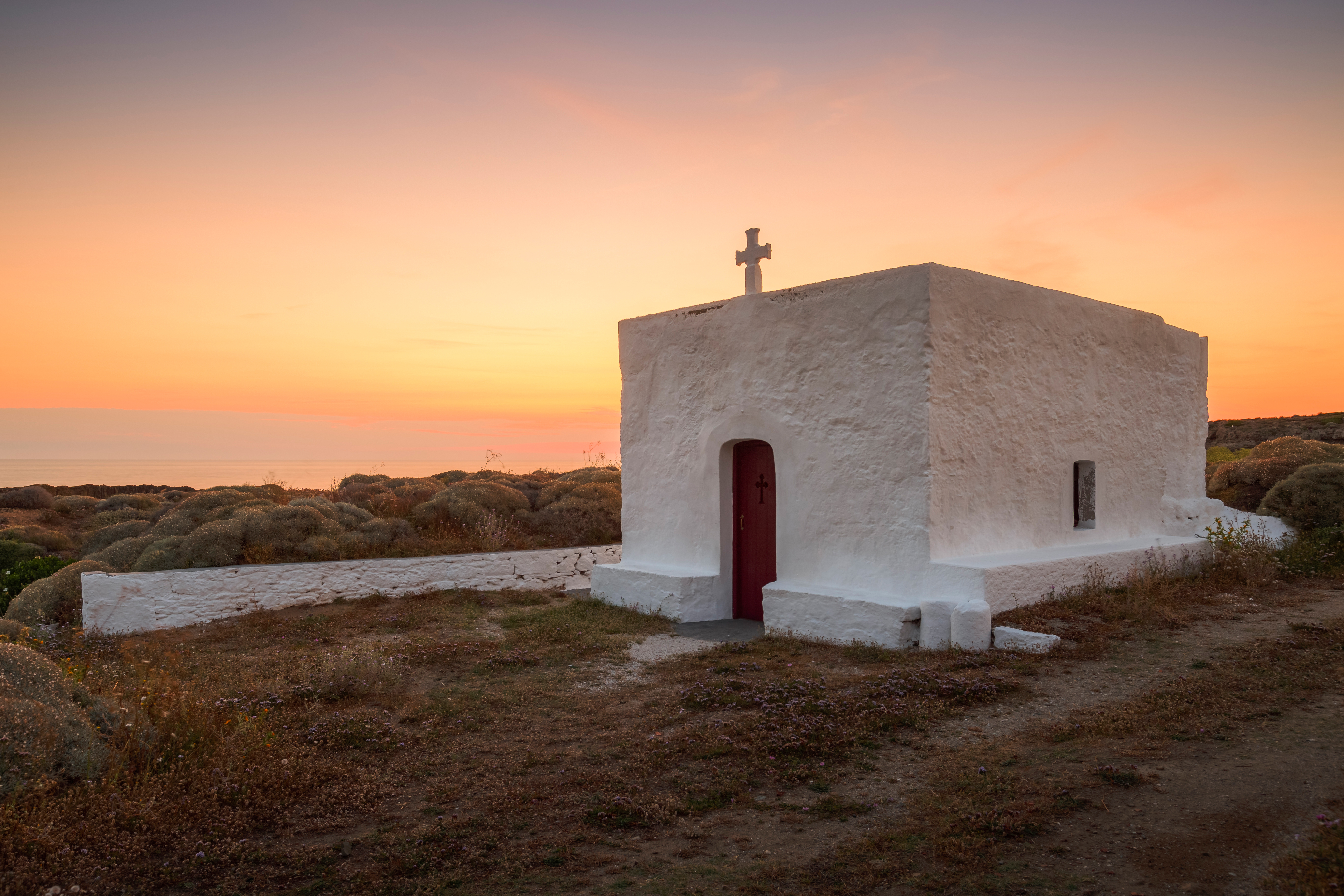 The journey in time and in the seasons has no end, since in many corners of the island you can find Byzantine churches, preserved monuments of the Byzantine period, while the monastery of Agios Georgios perched on the rock stands proud over the centuries and testifies to life stories of Skyros.

Between the myths and the history that this place carries, it has space and an open door to welcome every traveler. Leaving Skyros you can keep in his luggage, the blue of the waters, the tastes of homemade food and the hospitality of the Skyrians. The images of this island are forever alive in memory.