The city with the historic glow

Built at the foot of Pindos, between Antirrio and the mouth of the River Mornos, Nafpaktos, one of the most beautiful cities of Aitoloakarnania, enchants with the idyllic beaches, which gaze at the calm waters of the Corinthian Gulf, with its mountainous charm, the paradise of mountain Nafpaktia, and its great history reflected in its great monuments.

It enjoys the embrace of the Castle, whose walls go down to the Corinthian Gulf, being a picturesque town with warm and hospitable neighborhoods. A historic place that welcomes winter summer visitors to its mountainous areas with dense forests, traditional hamlets and beaches with crystal clear waters.

Arriving in Nafpaktos, the first impressions are gained by the comfortable streets, shaded by broad-leaved plane trees, the traditional corners and a crowd of people of all ages enjoying the sunshine in the outdoor restaurants and cafes next to the sea. 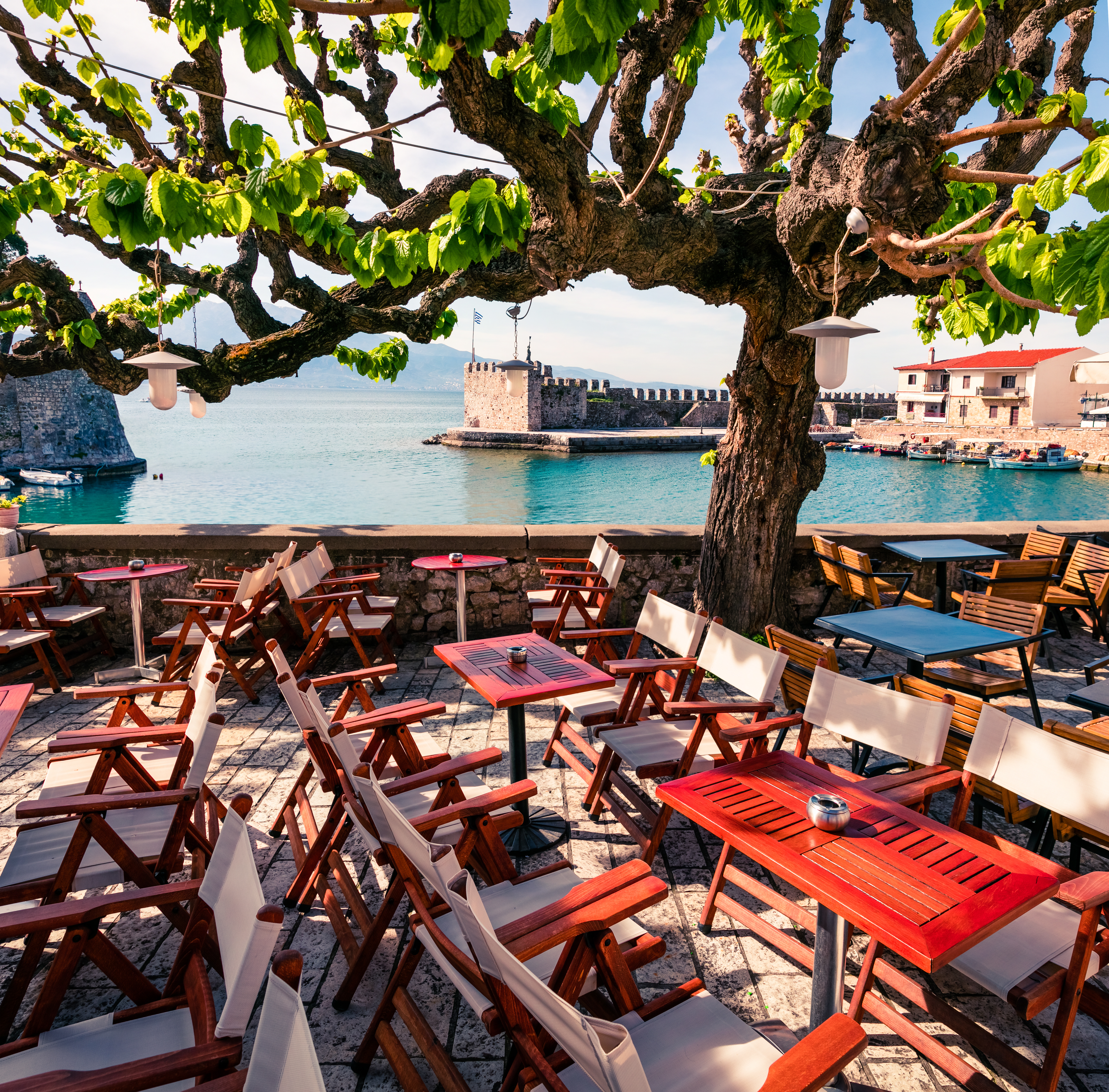 The beloved city of the Venetians and the Turkish conquerors, who called it “Lepedo” and “Enveachte” respectively, is famous for its well-preserved acropolis, unique in construction all over Europe, with five defensive zones reaching the port. It is one of the few cities in Greece that survived 30 centuries through its turbulent history.

The Castle of Nafpaktos, one of the most beautiful in Europe, is located on the top of the hill in the shape of a pyramid and dominates the city. The view from the top to the sea, where the impressive Rio-Antirion Bridge dominates, is unique.

The majestic fortifications of Nafpaktos, due to successive construction phases and the escalating from antiquity to Ottoman domination, despite the destruction and damage they have suffered, are one of the most important and well-preserved examples of fortress architecture in Greece. 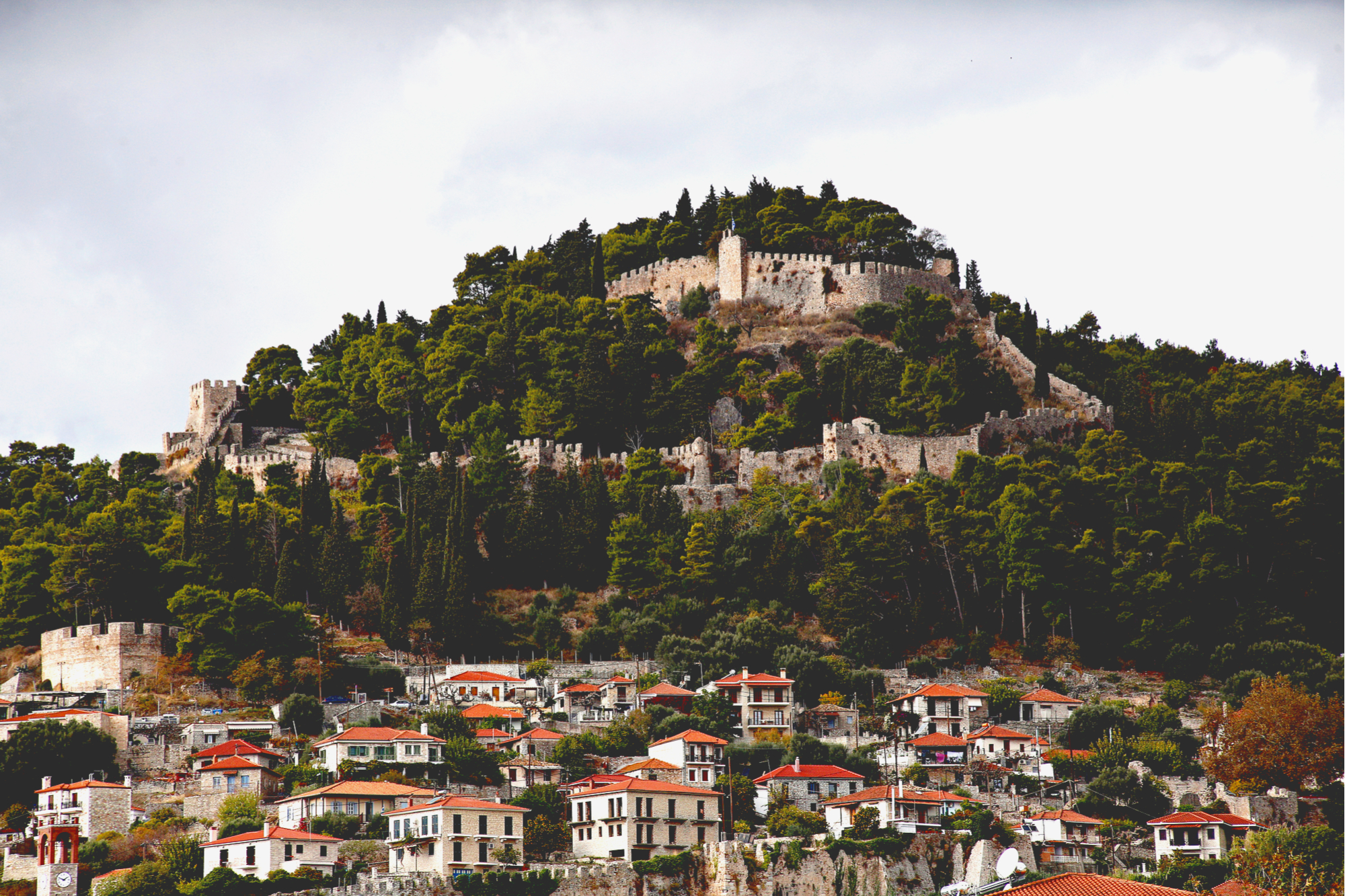 Remnants of ancient walls are still present on the seaside and on the west side, while the castle was most likely not in its present form with the five diagrams since it was mainly formed under the Venetian domination. The magnificent spectacle of the imposing castle transforms at night, illuminated by the headlights, making it stand out from far and welcoming city visitors.

The mountainous mass of Varassova has been declared a place of historical and special natural beauty, although the churches, monasteries and ascetics of the Byzantine era, developed on the inaccessible slopes of Varassovas, are now all dilapidated. The temple of Agios Dimitrios is from the 11th century and is of great architectural interest as it is designed with a strong sense of balance and crafted with care and elegance and keeps up to today, through its ruins, the harmonious connection of lines, corners and arches. Because of its imposing structure and large size, it seems to have been a spiritual and guiding center of the area.

Between the traditional neighborhoods with the flower-covered courtyards and the paved cobbled streets, one can meet the well-preserved Botsari Tower, an impressive 15th-century building that has now been transformed into a private museum, and the city’s clock-bell, built in 1914. Blossoming bougainvilleas and colorful flowers that decorate the stone walls flooding the welcoming neighborhoods with all sorts of colors and fragrances form memories that are indelibly marked in mind. 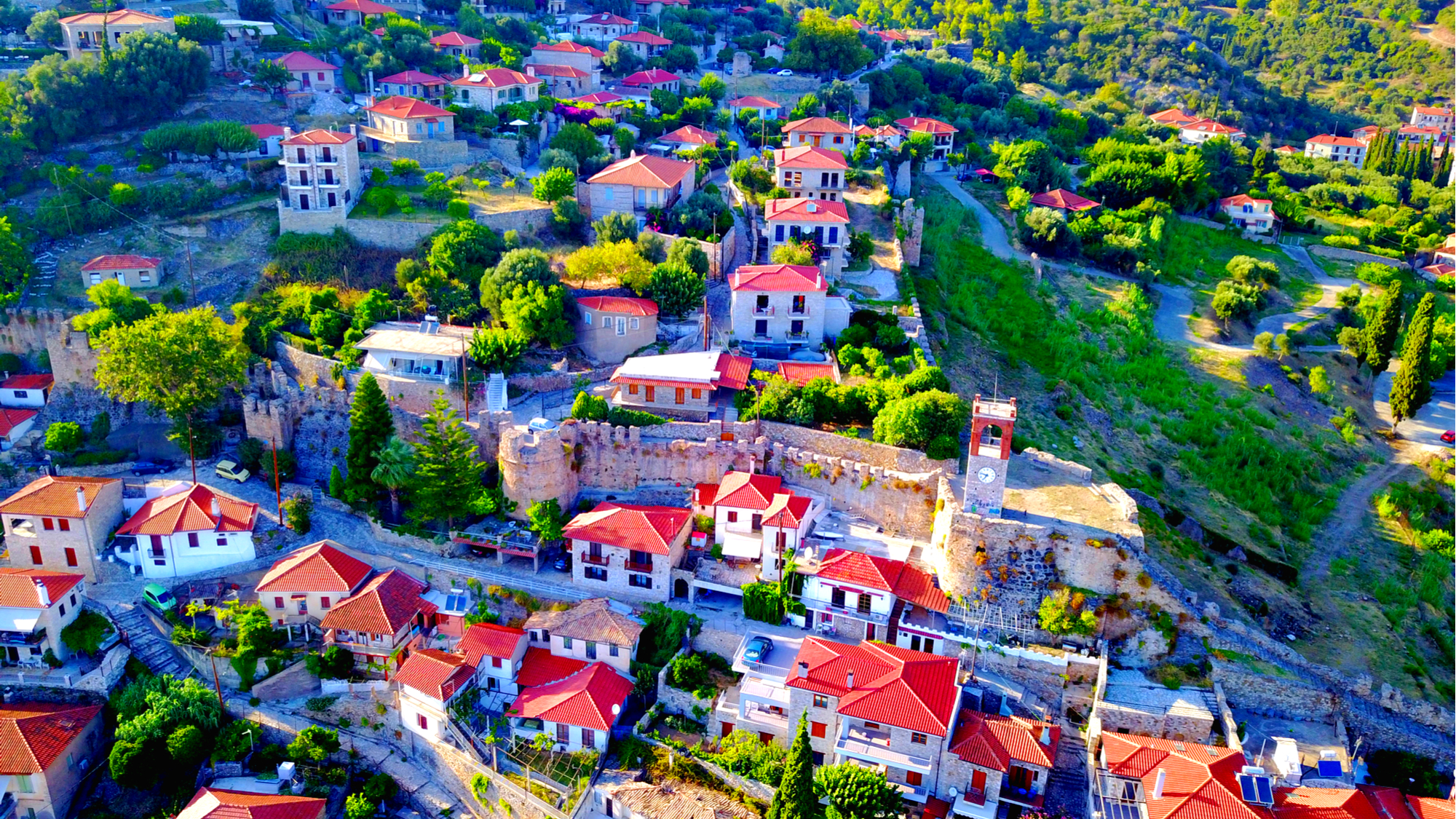 The rest of the mansions and the captains’ houses, of a city that shows its close relationship with the element of water at every step, impress and charm. In Gribovo, in the district with “much water”, as interpreted by the locals, one will find ancient plane trees, running waters, marvelous beaches and famous springs, the “Fountain of Love” in the neighborhood of Aphrodite.

Both the Gribovo and the Psani neighborhood, a beautiful beach one kilometer long, with traditional taverns and fresh food, have been awarded the Blue Flag and give the traveler hours of dew in their blue waters and relaxation during the walks.

One of the most beautiful, picturesque and most incomparable ports of the country is that of Nafpaktos. It is the meeting point of the inhabitants, where under the shade of the plane trees and overlooking at the sea, which encircle the Venetian walls, relax and share moments of tranquility.

After the liberation of the city, in 1829, its harbor continued to be a major transport and commercial center that gave life and traffic to the city. From the harbor, there was a boat trip to the coast of Achaia, Psathopirgos and Patra. Also, for many years, the transportation with the capital of the prefecture, Messolonghi, was made by boats from Nafpaktos to Patras, from there to Kryoneri-Galata and then by land to anyone in Mesolongi. Nowadays, the small picturesque harbor receives daily, mostly in summer months, dozens of small cruise ships with European excursionists.

Built on the brink of the sea in the 15th century, “the Castle of Roumeli”, as it was called, seems to want to unite with the north coast of Mora and its fortress since the two Castles were for centuries the eager guards of the Corinthian Gulf. Today, it hosts summer cultural events.

In the eastern turret stands the old naval lighthouse and the Fetichie Mosque of 1499, while the built-in marble slab is a reminder of the famous naval battle of Nafpaktos in 1571. On the western arm next to the iron cannons that mark the sea is the statue of the legendary Giorgos Anemogiannis, as well as the statue of the famous Spanish writer, Miguel de Cervantes. 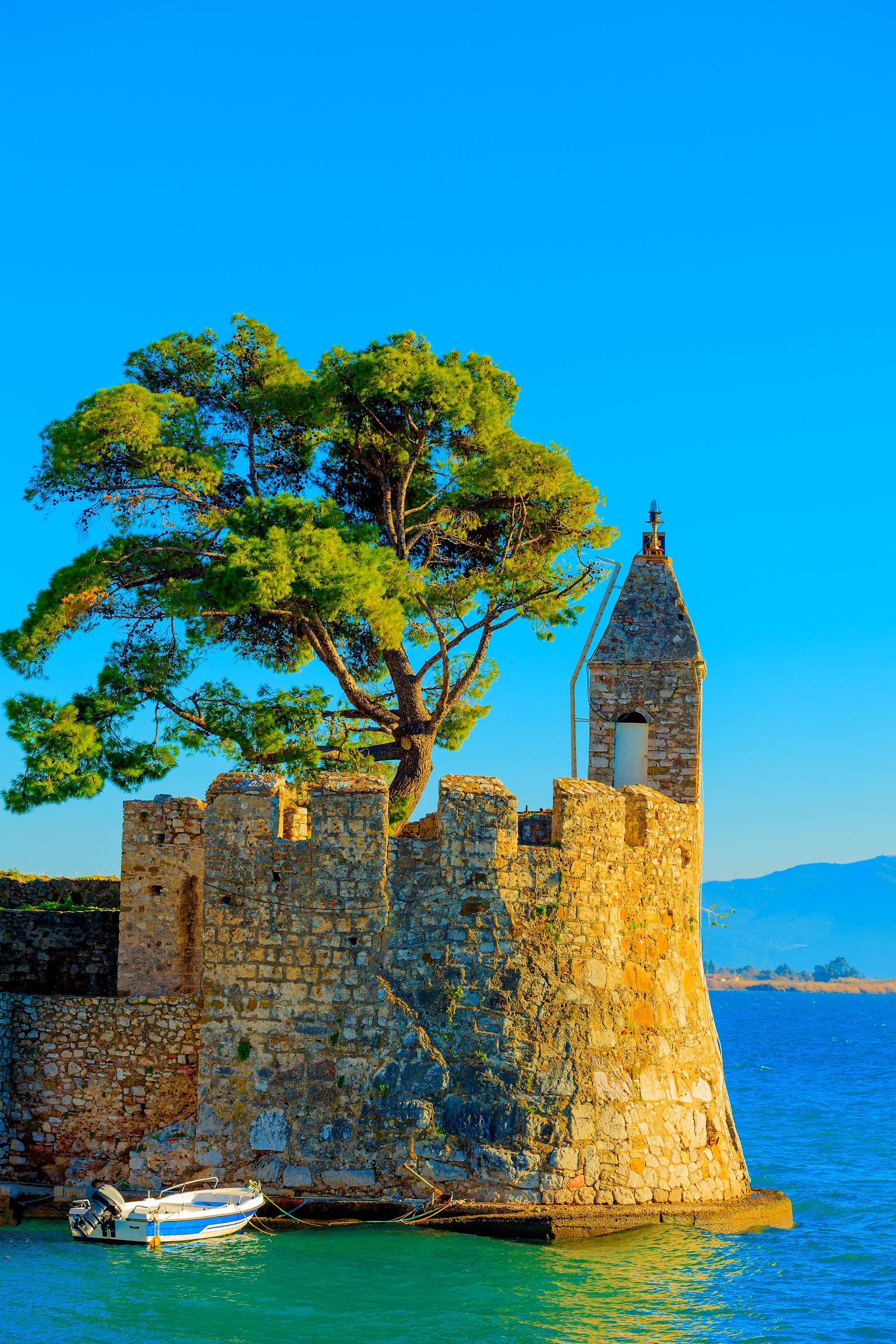 The perfect “alibi” for a few hours of rest are the temptations that await at the Stenopazaros pedestrian street, where the market with the taverns that the locals and the workers of the harbor duly honored was.

Alternative tourism enthusiasts will love Nafpaktos, as the opportunities it gives are countless. By boats, Rafting and Canoe kayak begins the descent of Evinos, while anyone can reach it by hiking. Climbing and mountaineering in Varasova are available, the mountain that rises vertically from the sea up to 900m, and the 4X4 Jeep routes bring people into direct contact with nature, action and adventure.

Rumbakia is a beautiful oak-tree forest at an altitude of 820m, with excellent biodiversity and is ideal for nature observation, bird watching and environmental education. In this area, on the first Sunday of each July, the Municipality organizes in cooperation with the breeders and cultural associations the event “Pylinia Pimenikos Vios”. It is a revival of the pastoral life of the past with the representation of the events of traditional life (eg traditional marriage). The event is organized with absolute respect for tradition and attracts a large number of visitors each year. 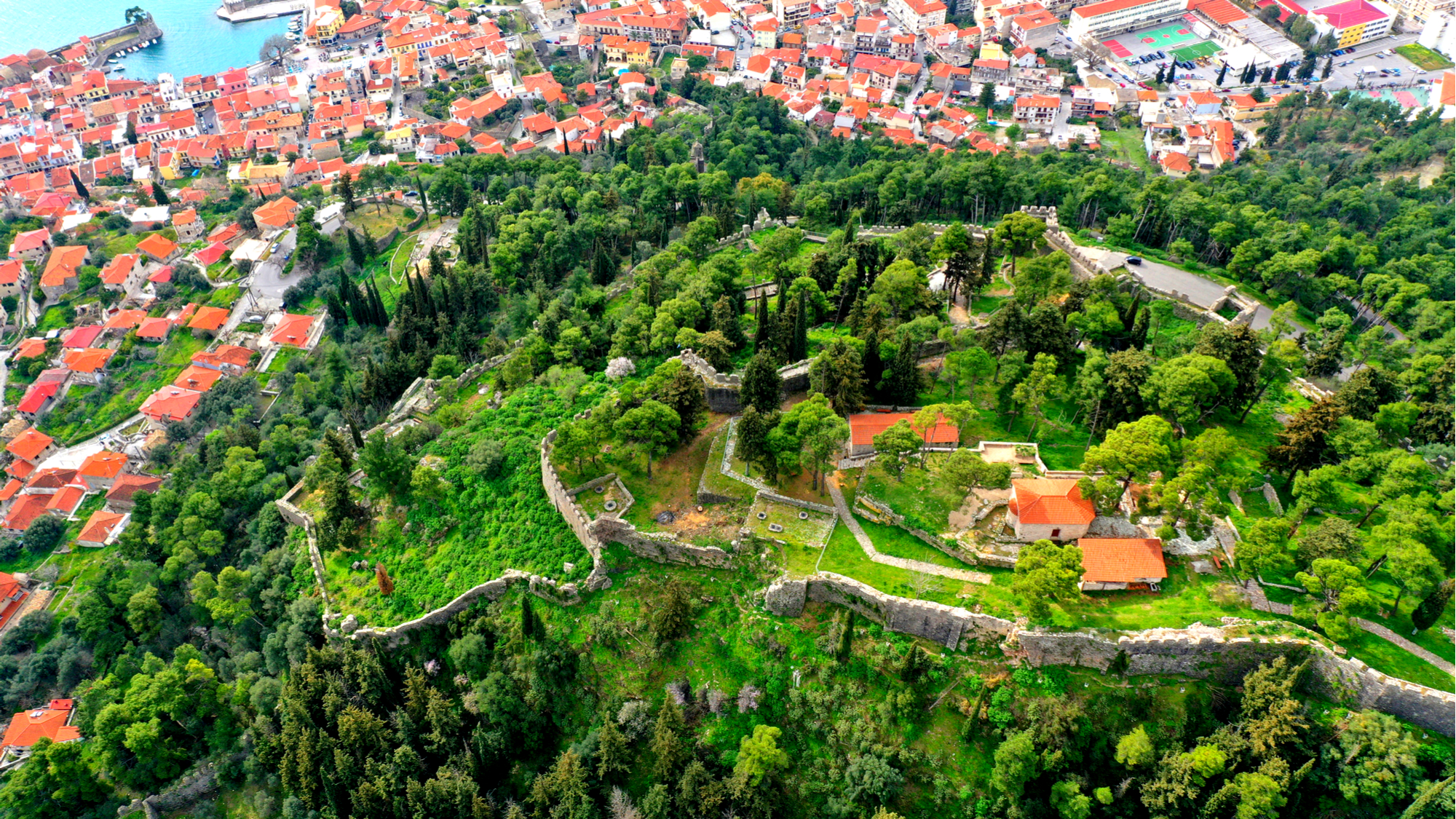 Moreover, at an altitude of 1300m. and surrounded by dense fir trees, Agia Kyriaki is an excellent forest recreation area. A mountain bike path has been identified in the area and can be the starting point for hiking trails.

A short distance from Nafpaktos town and a great idea for a road trip is Mount Nafpaktia, one of the most fascinating mountainous destinations in Greece. The dense forests, the Evinos River and Evinolimni, the ravines, the stone-built taps with the running water make up a fairytale scenery. Through a magical journey between the oak trees, pine trees, beeches and chestnut slopes, the villages that hang over the ravines will start to pop up one by one. In the traditional barbecues of all the villages, one will taste local dishes, while it is certain that a willing resident will be found in the central square of the city to tell them a few words about the history of the beautiful villages. 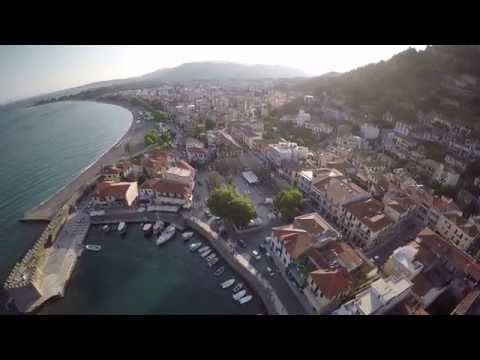