With medieval color and revolutionary inheritance

Karytaina is one of the most traditional and historical places of Arcadia. Built at an altitude of 582 meters on Agios Ilias hill, with its castle on its top, it’s one of the most beautiful villages of mountainous Arcadia with a medieval atmosphere.

The castle is built on the ruins of the ancient city of Vrenthes (4th century BC), and was built by the French Geoffroi in the middle of the 13th century, who wanted to defy the plain of Megalopolis and the commercial streets between Eastern and Western Peloponnese. 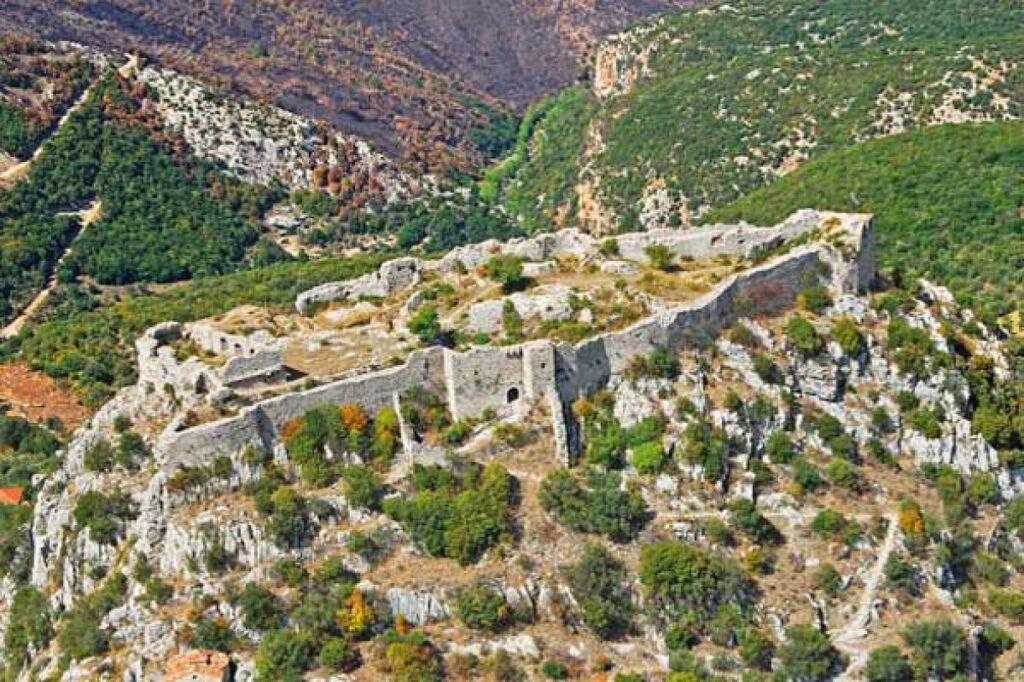 Despite the fact that today it is half-ruined, it continues to preserve its prestige, its view to the surrounding area is excellent and it is an example of the houses of the Vyzantine settlement of Karytaina. Its outer part is kept in good condition, while its interior is completely dilapidated. 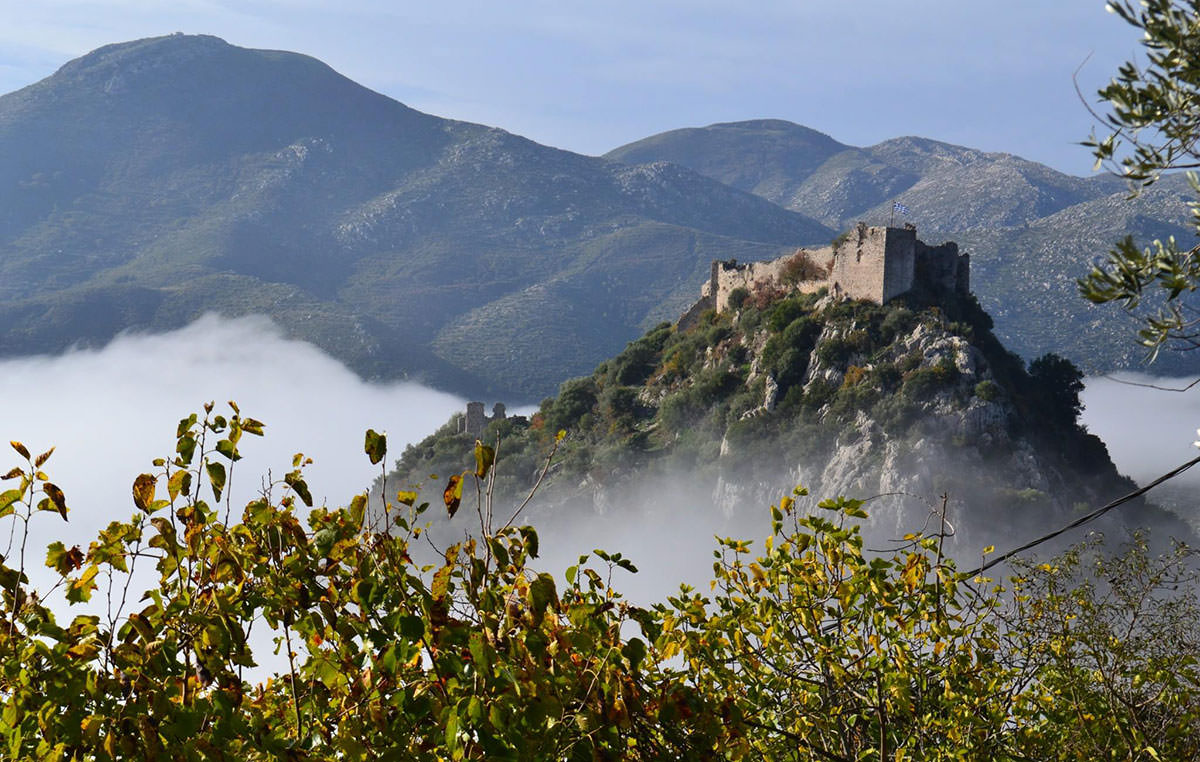 Karytaina experienced a period of prosperity during Frankokratia and its Frankish castle, on the south side of the settlement, was one of the most important fortresses of the Peloponnese during the periods of the Frankish, Ottoman and Revolution of 1821.

During the Ottoman period, Karytaina was a shopping center for tobacco, silk and wine. At the same time it was also an important administrative center until 1830. 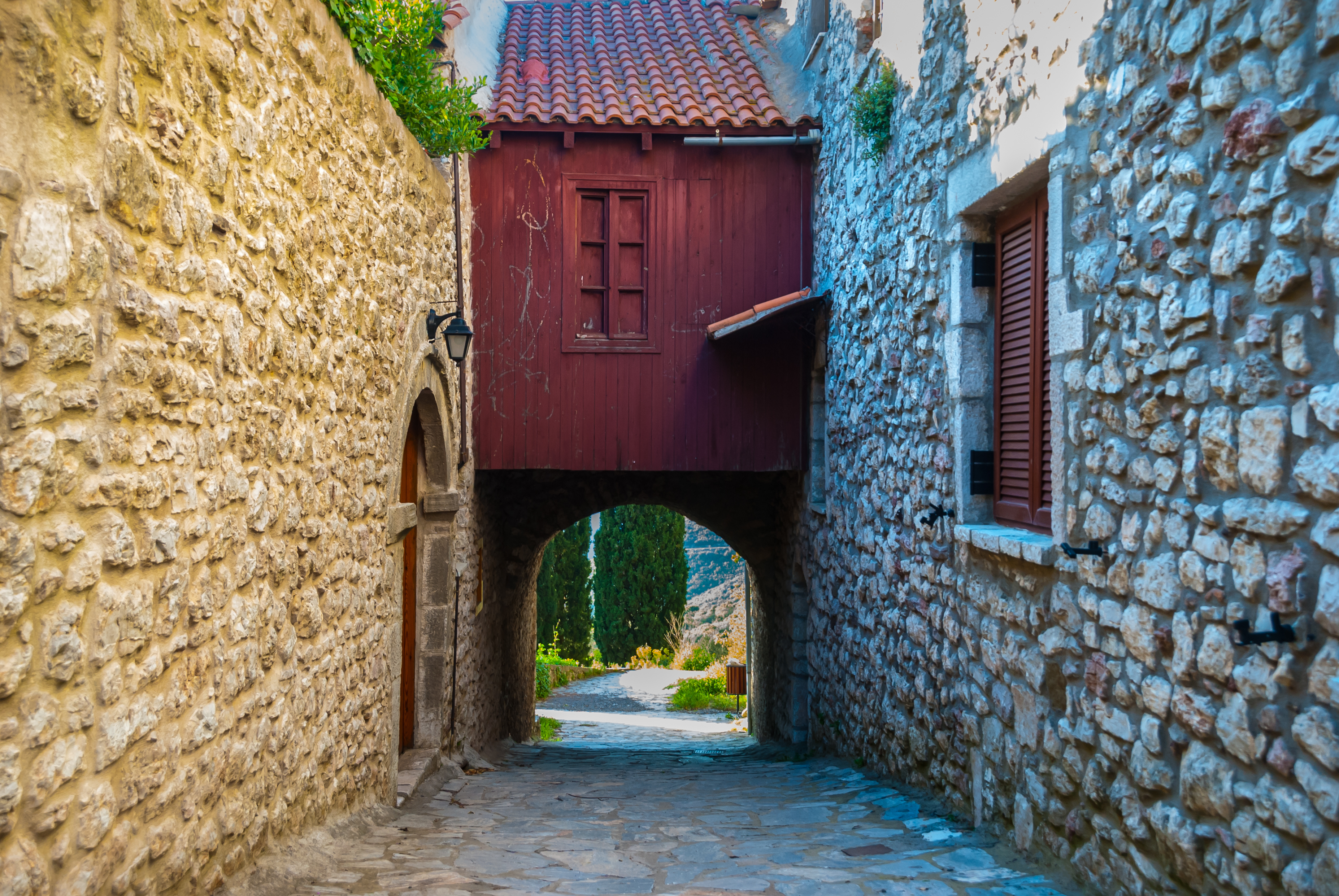 On March 25, 1821, rebels from Zigovisti and from Stemnitsa and Dimitsana went to capture the Turks, but they managed to hide in the castle.

The liberation of Karytaina on March 27, 1821, marks the first great victory of the Greeks under Theodoros Kolokotronis, who defeated the Turks in the famous Battle of Karytaina. This is also why the castle is portrayed along with the Kolokotronis portrait in the old banknotes of the five thousand drachmas.

Kolokotronis would use the castle from 1826 as its base during the military operations against Ibrahim but also as a refuge for the civilians. 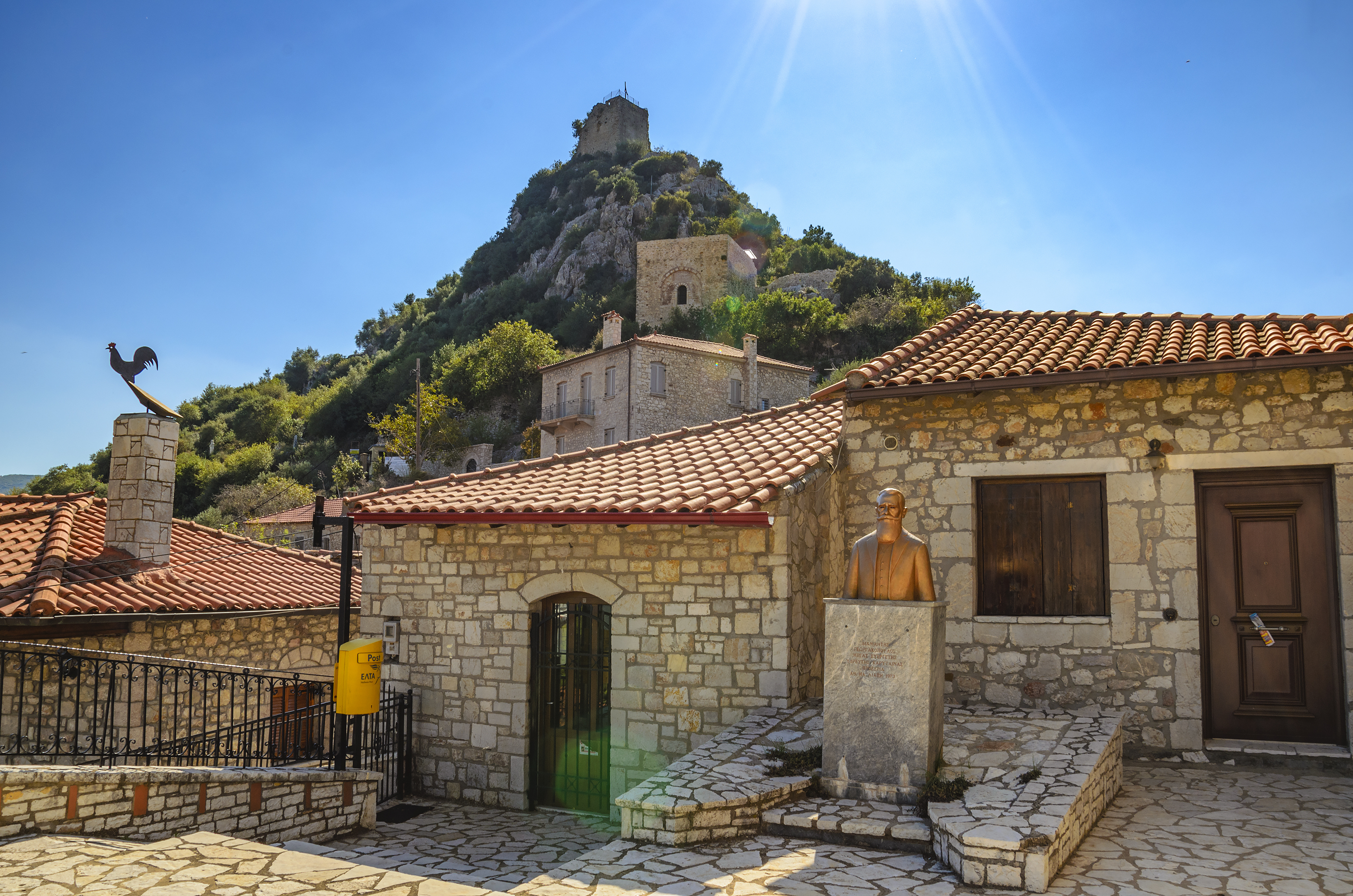 One of the most important buildings of the village is the church of Zoodochos Pigi, located on its central square. It was built in the 16th century to replace the older from 14th century. The three-storey bell tower with Frankish elements is of the original temple and dates back to the second half of the 14th century. It is considered to be one of the most important in Greece. 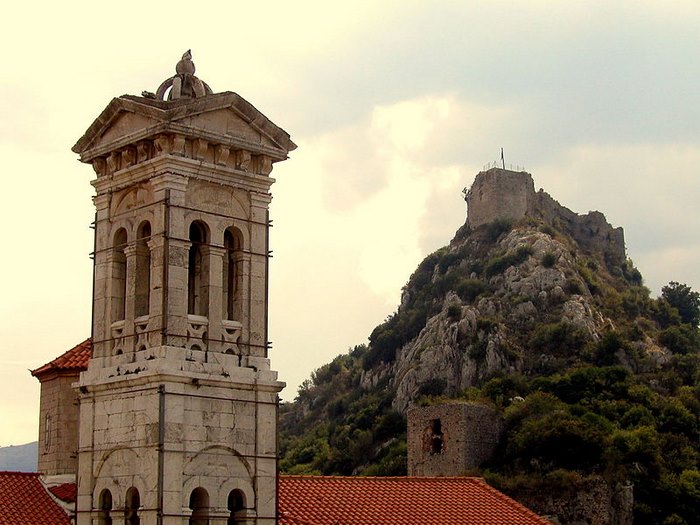 The great Greek writer Nikos Kazantzakis, in “Traveling to Moria”, characterized Karytaina as “Toledo of Greece”:
“Karytaina is truly Toledo of Greece … the castle desert, as a hawk, rises to the top and strikes. … ..the clouds had swirled and passed quickly, throwing huge shadows on the mountains and down the plain. And when we saw over the hill the famous castle of Karytaina, we felt that today. With such an uncomfortable lighting and with such modern worries, castle so wild, so abrupt, makes more faithfully than any other Greek temple, the landscape round and  within us“.

Top landmark in Karytaina is the historic stone bridge, 50m long, with the small Vyzantine church, on its west side, dedicated to the Birth of the Virgin Mary. It is one of the most impressive stone bridges in Greece. 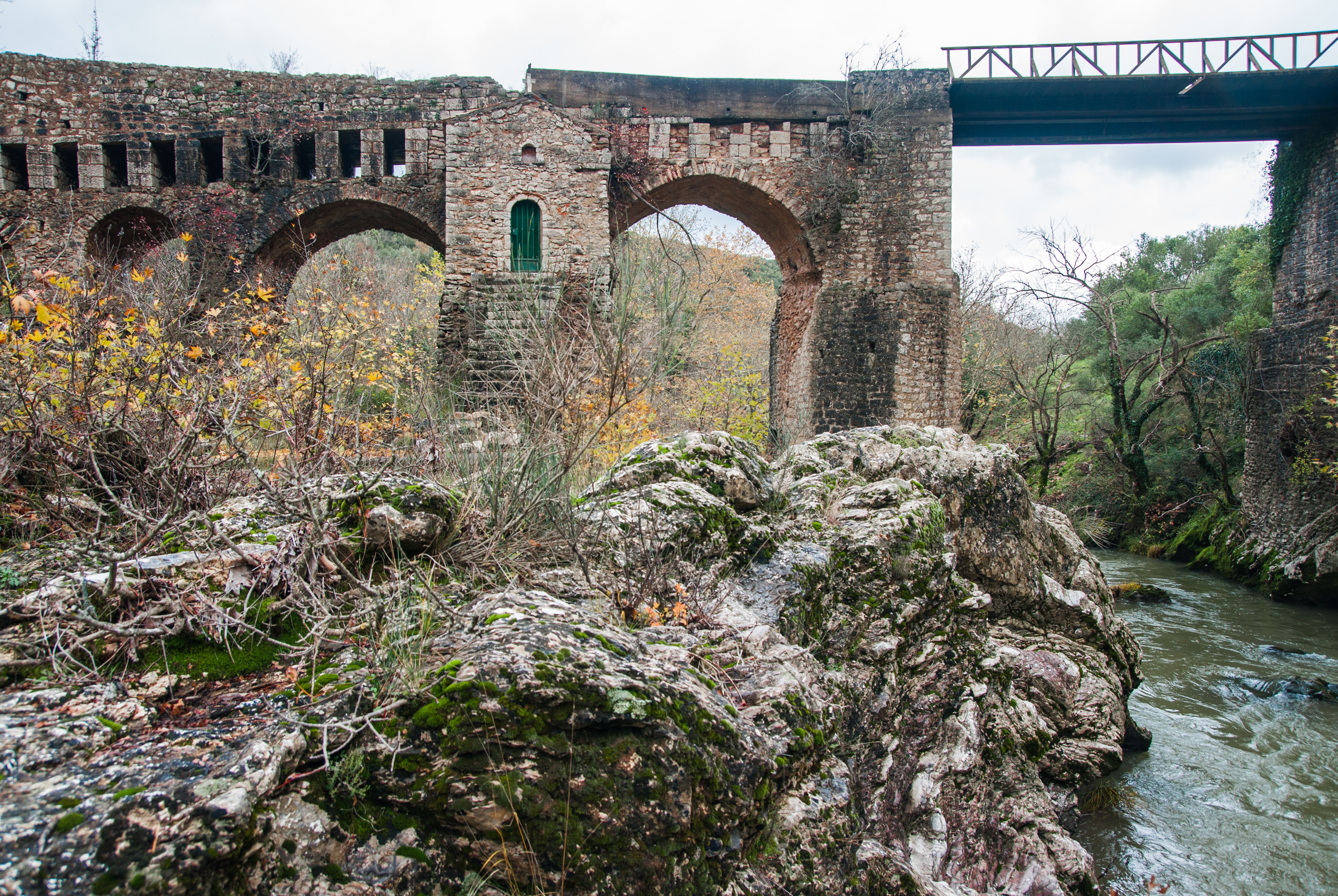 The bridge is on the road which used to connect the castle of Karytaina with Messinia during the Middle Ages and was built by the Franks in the 13th century. 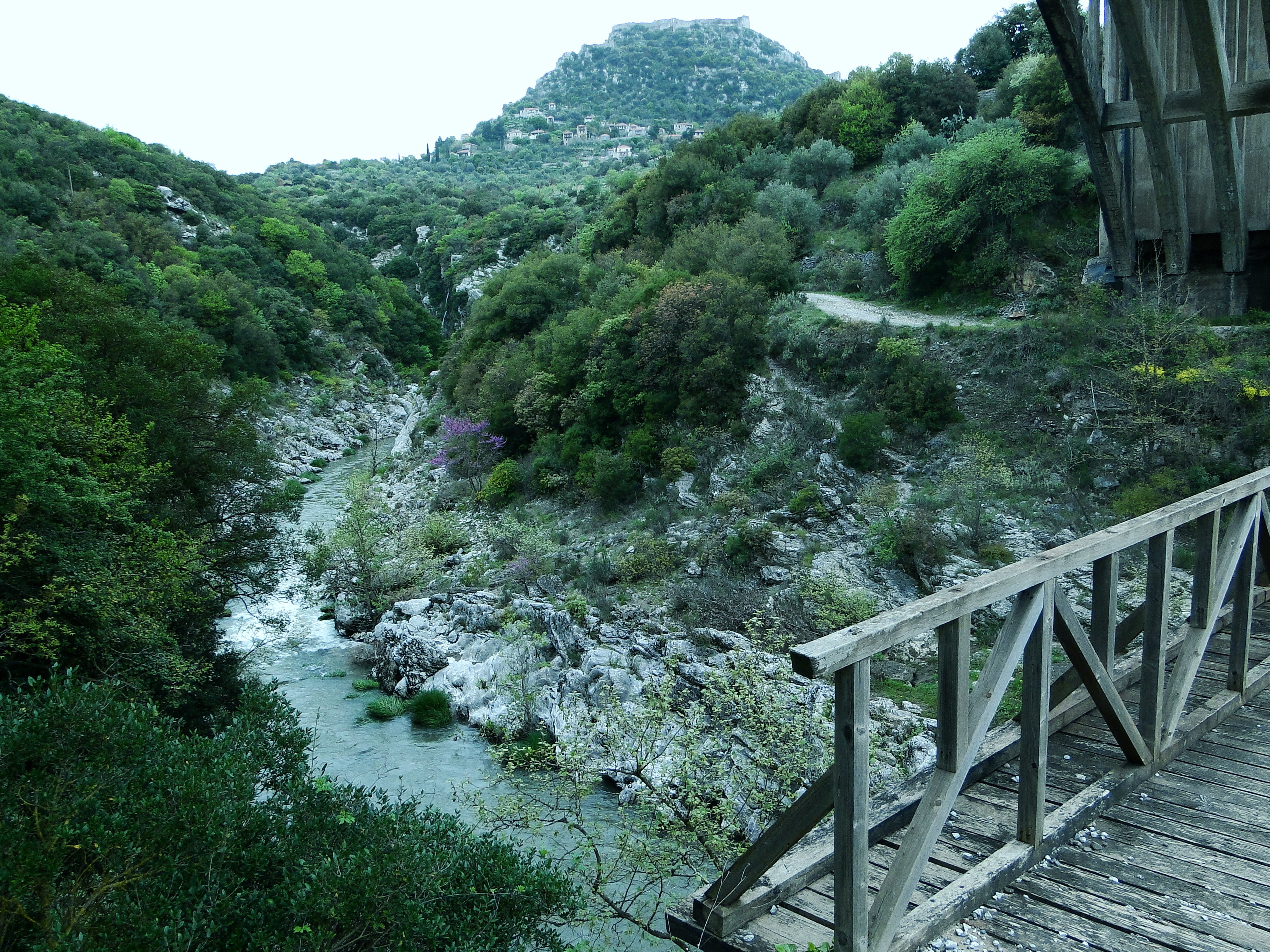 It is worth mentioning that fourteen water mills and a nozzle were operating in Karytaina. Three watermills are preserved at this time.

Characteristic of Karytaina is the unspoiled nature and the dense vegetation that besieges it, as well as a special species of birds that exists in the area, the western rock nuthatch. These are small birds that are connected to the rocks and you can hear their purls anywhere in the village. 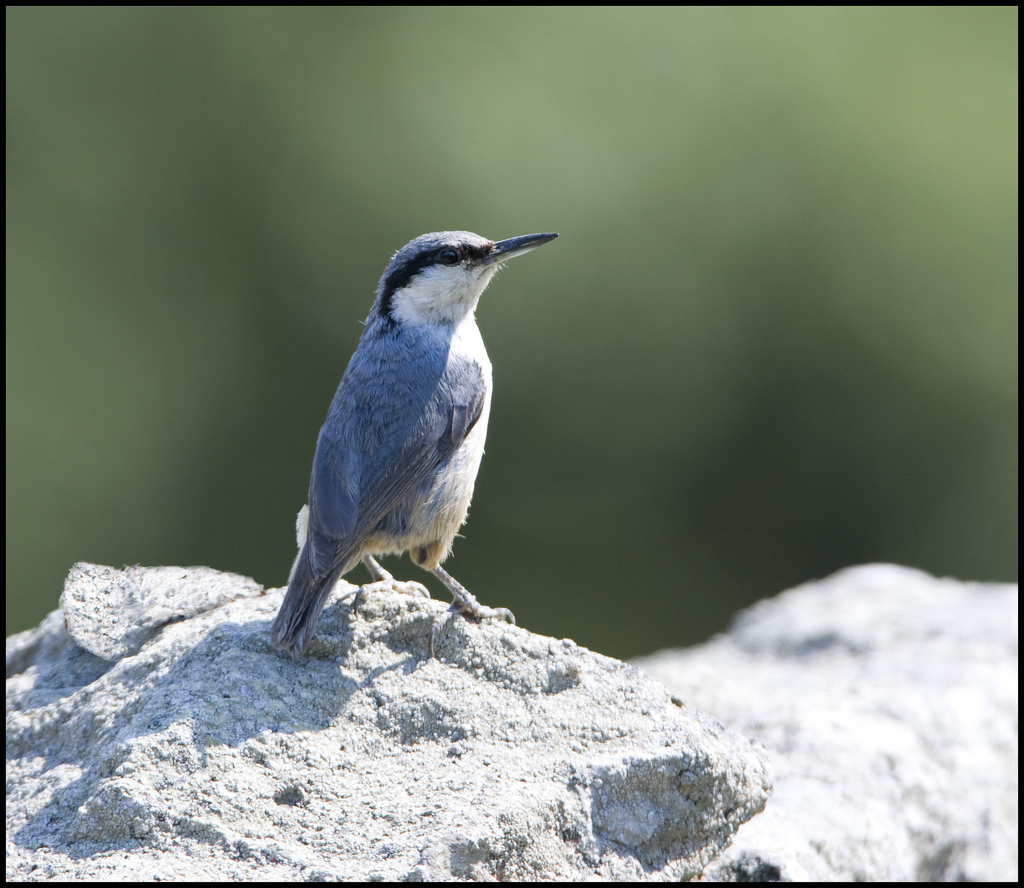 Karytaina is 215 km away from Athens via Tripoli – Megalopoli, and not far from there you can visit beautiful traditional villages such as Elliniko, Dimitsana, Stemnitsa, Atsicholos and Vlachoraftis, as well as the Ancient Gortyn where the famous ancient baths of Asclepius are preserved. 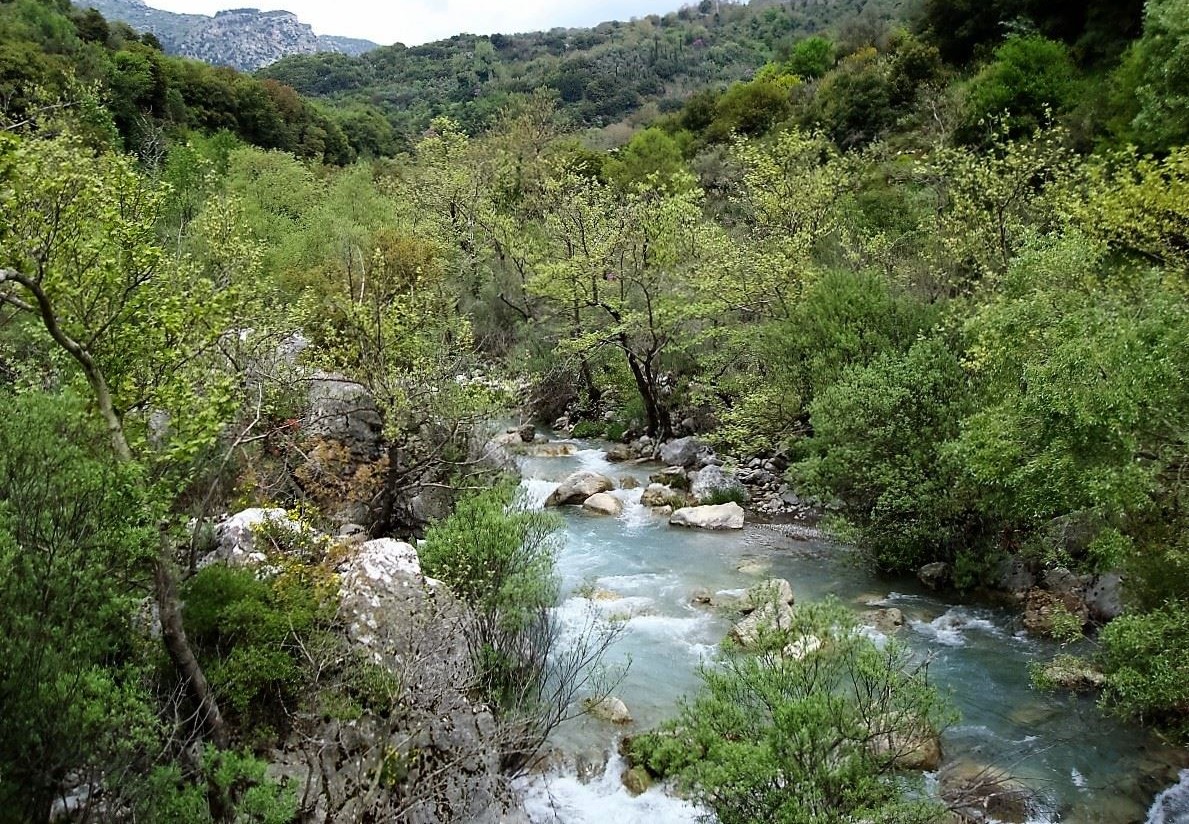 Lousios River passes near the village, where along with Alfios river are ideal for many alternative tourism activities such as rafting and kayak that gather many friends of the sport. A rafting route starts from the Lousios River and ends at the Koukos bridge at Alfios river with a 7 km journey and a second starts from the same bridge and ends at Matesi after a 14 km journey.